Submitted for Contest #61 in response to: Write about a character who goes to — or purposefully avoids — their high school reunion.... view prompt

The door spins lazily with that little mosquito-whine sound only audible when no one is around to draw the ear with their clattering footsteps on linoleum. Slightly louder, a brushing constant, is the schuff schuff  of the bottom of the door, that little brush part that no one can remember the name of but looks like the baleen of a whale. The door baleen collects dirt and dust to hold until the friction of the floor finally pulls them under and smudges into inconsequential smears.

You stand just outside the revolving door, close enough that the sensors pick up your approach and set the door spinning again. A single muddy boot print lies dark on one side of the entrance, but grows fainter with every spin, wiped away by the door. You recognize that boot print. And the boot it belongs to.

The faint thumping in your ears could be from the faraway music you dread to near, or your own heart, frantically trying to escape your chest. You raise your hand to press it against your collarbone, as if that is enough to calm your breathing and banish the sticky sweat from your spine and armpits.

“I got this,” you mutter to yourself, a mantra that had never worked in the past, but surely has to start now. “I have got this.”

Einleitung, oder Sonnenaufgang swells as you move your foot to lift it towards the opening of the door, every shift of your weight punctuated with a beat of the timpani. The triumphant fanfare crescendos! and then dies down into a pathetic squalling weep as you rock back and put your foot down again.

“I have not got this,” you confess to no one, turning away. Your shoulders fold forward, sending you into a familiar comforting hunch, a turtle shell against the world. “Why- why am I even here?”

Luckily, none of the people you are trying to avoid are around to hear you talking to yourself, or you’d never live it down. They’re already inside, safe from the anxieties plaguing you by the very virtue of just being better than you in every way. They made that perfectly clear ten years ago, in this same building.

A different time, then, but you doubt the people are so different. What could change in a decade? Only that you carry more cash in your wallet to be swiped, and the marks of a pencil jabbed into your side could just as easily be cutting words. Or worse, to be totally ignored.

You can just imagine it now. Ew, who the hell are you? This is a class reunion, only the class of 2010 is allowed. Alex? Did we even have an Alex in our class?

Maybe that wouldn’t be so bad. You could go in, realize absolutely no one remembered you, and then leave. Then you could order a pizza and curl up with your dog, a book, and drink some of that new jasmine tea you had just brought home from work.

“Why the hell didn’t I choose that in the first place?”

Because I’m an idiot, that’s why.

The drifting music feels slower now, probably something romantic. That wasn’t good. If you went in now, they’d definitely notice you. Or maybe they’d be too busy eating each other’s faces in the corners that they wouldn’t care. Wasn’t that normally how your parties went? All the stories certainly made it seem so.

“Aaaaaaaaaaaaargh,” you say, just for the hell of it.

You turn back to the door. In the back of your mind, Einleitung, oder Sonnenaufgang is ready and waiting, poised to swell up again and make your entrance rather more dramatic that it really should be. All that timpani.

Maybe that was the problem.

With a deep breath, and then another, you finally take a step towards the door. And another, landing you firmly inside the grasp of the revolving entrance.

The whine of machinery stops as well, as the glass pane comes up against your butt and halts, fortunately not sentient enough to be annoyed at you disrupting its cycle. You are effectively trapped in this prison of anxiety and glass walls, facing the empty hallway of the school. Going fully in is too nerve wracking to face, and yet if you want to go back… another step forward.

“Fuck,” you say helplessly, and then redden, hearing the silent rebuke of teachers that have no idea you’re struggling here. Another breath in. And then, louder, “FUCK.”

Out of the sense of some sort of self-dignity, you refuse to count how many times you walk in that circle.

Finally, which is a big finally, you exit the revolving door and stand firmly on the squeaky-shiny linoleum. You and this floor were well acquainted in the years past, where if you wanted to stay safe, you didn’t look up to anyone or make eye contact. You also were even more acquainted when you had your face shoved to the floor, but it didn’t benefit anyone to go on reminiscing those times. As often as they could be.

You had walked all this way, after all. And probably gone the same distance just struggling in deciding whether to go in or not. Besides. People were adults now. They grew up, matured, forgot the little petty bullying and disagreements of high school. It would be fine. You would be fine.

The fanfare tentatively begins once more and you fall into the swell of the brass, allowing a smile to come to your lips as you approach the double doors between you and the music.

Everything will be fine.

It's amazing how you managed to take such a tiny moment and stretch it out to feel like such a grand, emotional journey. There were also so many clever phrases here, like--> "fortunately not sentient enough to be annoyed at you disrupting its cycle" in reference to the revolving door. Brilliant job! And btw, I love how your last name is "Wrighter," that's just so perfect xD 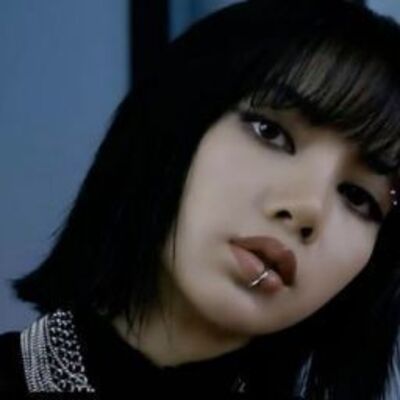 Was amazing but I wish u don't stretch it so much....beautiful writing✨✨