Submitted for Contest #61 in response to: Write about a character who’s obsessed with an era they never lived through.... view prompt

Mr Dean knew that Kane was passing notes again, as he was purposefully trying not to hide it. Kane seemed to have decided to teach his own lesson within Mr Dean's class, one where Mr Dean was the sole pupil and was to be enlightened that even if he confiscated his xCube, Kane still wasn't going to pay attention. Mr Dean thought about how much he wanted to throw Kane out of the window.

"The first revolution that started the human race's journey to where we are today began in the late eighteenth century. The Industrial Revolution is remembered as a time when people started to organise society into a money making machine using fossil fuels to power machinery, to increase production, and therefore profits, The Technology Revolution of the late twentieth century focused more on information and communication across the whole of the home planet. Both these eras gave birth to the understanding that would eventually build and power the very ship we call home. Although rudimentary, the devices developed at the turn of the twenty-first century allowed people to share ideas like never before".

"Siiiir" Kane's drawl made Mr Dean's body stiffen. "If technology is so great, why do you keep taking it away from me?"

Several girls giggled, Kane kept his arrogant gaze fixed on his teacher. In his minds eye, Mr Dean watched Kane's lifeless body floating away into the abyss of space.

"By the twenty-fifth century", Mr Dean continued in as steady a voice as he could, "The first generation ship left earth with only five million people aboard. This would have been impossible though, without the Propulsive Revolution of the twenty-third century but it really is incredible to think that the beginning of the developments that led to us all sitting here today, started over 900 years ago. Although, many argue that the invention of the wheel over 5000 years before that was a whole revolution of it's own... Or, or, fire, the discovery of fire, a few million years before that, incomprehensibly long ago to us, can be said to have started all of it. Those insignificant, unintelligible beings that would barely have resembled humans as we understand them today literally sparked a light, a flame that has led us here, to this incredible journey!"

Mr Dean had forgotten where he was, carried away with wonder. He had again done the thing the students found the most funny; he had got passionate about history. There was a brief pause where the class stared, delighted at the spectacle, the old man they could now mock for getting animated about Earth, the origin planet that none of them had ever stepped foot on. The third generation to have been born onboard and guaranteed to live their whole lives as such, just like Mr Dean, just like every human alive now, except one.

The eruption of laughter was loud and coarsely broke the dead silence. It hadn't even died down when the day lights switched off and the students swept, jabbering from the classroom, giddy with their own voluntary ignorance.

The ship Mr Dean taught on was Gen-ship-five. It's voyage had begun on March 19th 2544, a voyage that would take it on a 400 year journey from a place none of those children had ever known, to a place none of them alive now would ever see. The Earth they left behind was not at all the one that Mr Dean had described in his class. Scorched Earth they called it, named after an old military technique, a tactic to destroy anything that would be useful to the enemy in warfare, but there never were any enemies of Earth, apart from the human race that destroyed it itself. Scorched Earth became a literal description of the flame soaked land and bubbling oceans. The Propulsive Revolution both the thing that saved humans and lay waste to the planet that had nurtured them though every generation, until they were old enough to leave.

Getting home only took a few minutes. Mr Dean bypassed the shopping, eating and entertainment districts and took the fast pipeline straight to Dublane, the zone he had been born in and planned to die in. All the zones were the same anyway and his family were in Dublane, well, all except his ambitious sister Pru who insisted on moving to Valletta as soon as she could. Valletta was an hour away even in the fastest pipeline and was the capital zone of Gen-ship-five. It was named after the capital city of the last superpower on earth. The Maltese were arrogant and self important. Kane was born and bred in Valletta and hated that his family had moved him to Dublane last year. Mr Dean was not sympathetic.

As he approached his front door, Mr Dean turned on his internal messaging app and saw a message from Pru.

"Ahh, think of the devil and she shall appear" he thought to himself blinking the message to open.

"Hey David, please pop round to Dad's as soon as you get this, he isn't in a good way, I had to travel all the way here because he couldn't get in touch with you".

Mr Dean wheeled around and started quick marching down the terrace to his father's residence. Pru hated returning to her 'small town beginnings'. She absolutely would not be here if it wasn't serious.

Before he reached his father's quarters he could see the medic cars outside in the corridor and the front door slightly ajar. In equal measure he wanted to barge in without delay, but also turn and run the opposite direction. His father was one hundred and nineteen, there should be a good twenty years in him yet, certainty and doubt pummeled each other in his stomach as he moved forward.

Before he had even reached the threshold he could feel it though, the stillness and the silence. Not the normal silence of an empty sector, during sleeping hours, all dim lights and peaceful solitude. No, this was the silence that follows the departing of a soul, the time before the wailing and sobbing begins. Mr Dean knew what he was going to see before he laid his eyes on it, but it didn't stop the nausea and dizziness hitting him when he did.

The first thing he caught sight of inside was Pru, hugging herself and swaying slightly against the far wall, just in front of Picasso's 'Avenue of Poplars in Autumn'. The effect was of a little girl lost in the forest, her glassy fixed eyes stared into nowhere, she didn't even seem to register his arrival. In the middle of the floor, where it always was, sat the brown and blue couch that Mr Dean, Jr. had sat on with his father, Mr Dean, Sr. many times to listen to stories and ask countless questions to the endlessly fascinating man. But now, it was being covered with a white sheet. As it settled, the fabric folded itself to the vague silhouette of his father. The medic looked up as the cloth settled.

It was Pru that broke that silence, releasing a wail of anguish, she ran the length of the room to her brother and collapsed into him. He wasn't able to hold her as well as himself up under the sudden weight of grief, and so they both sank to the floor, tears beginning to leak from his eyes too, the siblings slumped, devastated. Her, for the loss of her father, and him for the same, but also for the death of a goliath of a man.

The last human to be born on Earth, was dead. 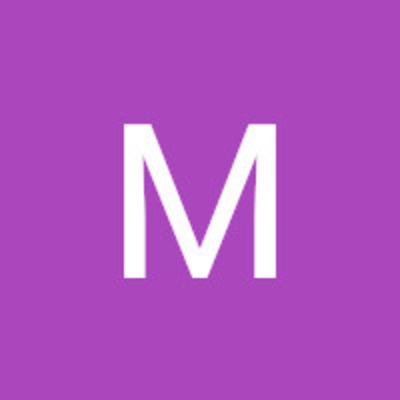