The Harmonies of Fatality

Submitted for Contest #60 in response to: Write a post-apocalyptic thriller.... view prompt

A Lutist heard screaming in the streets over the violent and raucous noises of the tavern. Yet another fight had broken out.

But this came as no surprise to the Lutist who gently plucked out a mellow tune. It was a song for only her ears; no-one else cared to listen.

There were, of course, genuinely good people who visited the sad little casino. The Friar would come for fellowship, while the peasants would come for a desperately needed laugh. But by nightfall, they would vanish, but the tavern would not go quiet. The slums would come to fight over a drink.

No such thing as second place.

The parliament would do little to stop this; if there was one thing York had an excess of, it was starving people.

The Lutist faced away from the gore. In the glare of the window, she saw a lantern. The screams of starving men in the street ceased. And soon after did the two men rolling on the floor trying to cut their adversary’s throat.

The Peacemaker had come.

The small of the tavern grew (almost) silent as the man walked in the door.

He removed his helmet revealing a face with a thin beard and a scar across the right cheek.

It was a mercenary, high-ranking in the Military. A very worthy adversary, and a skilled enough assassin to fill a room with silence using nothing more than his captivating and robust presence.

It was not the first night this man had been seen in the tavern. Every soul knew the man by name; and they knew better than to forget it.

He slammed the helmet he had been carrying under his right arm on the bar.

“One.” he rasped, and the bartender knew exactly what he had requested.

The Lutist once again began playing a minor tremolo progression.

The rest of the people who sat silent began sniggering in anticipation; the Lutist was a newcomer. She drifted to receive gratitude for her music. And, though she wouldn’t admit it, she hated to play music, though it was the only thing she was good at: the only skill she had ever learned. It didn’t take long for the room to be filled with noise. But the Lutist looked down at her strings, singing silently. She quickly became lost in the music at her command.

She stopped playing. The Crusader was now standing over the table she sat at.

The Lutist studied him for a moment, then began plucking the strings once more. Very awkwardly, he sat down and watched her quickly moving fingers. Intently, he listened to the tune, as if he was analyzing every note.

When she was finished, the listener’s face remained expressionless.

The Lutist played a scale twice.

“How long have you been playing?”

She did not answer but played four different scales as quickly as her hands would let her. Though she pretended to ignore it, she found the situation extremely awkward and odd.

“Why don’t you talk?” the Mercenary inquired, at last, disregarding the obvious fact that she had become quite annoyed with him.

“Because I can’t talk.” She spoke loudly and each syllable was enunciated perfectly almost as if the words were planned and rehearsed.

The Crusader forced back a chuckle.

There was a long pause, then the man stood, taking his helmet under his arm which boasted his position from his hip.

“I’m sorry,” he said to her, while he was not quite sure why. He began the short walk back to his seat at the bar, and was stopped:

Once again, the Crusader was confused.

“I made a vow.” she continued, “To never say anything that could be the last thing I say to anyone; I just don’t talk.”

He drained his shot glass and stood up, staring with his somber, shady eyes and his unshaped mouth looking like no more than a line below his nose.

“Take care, kid,” he uttered while walking towards the door. Now, not a soul but the Lutist seemed to even see him. His expression couldn’t have been plainer.

The clamor continued to grow louder before he had even exited the building, and it sent the wretched discord into the night. It was almost as if the Peacemaker had never been there.

The cloudless, freezing, and painfully blue winter sky seemed cheery as it blanketed the slums of York.

And in a market, the Lutist played now dozens of miles from the tavern she had been in the night before.

Since she had no family and no chance of being hired, she collected the income only from the lucrative gratitude she received from the more tasteful of the passerby. Troubadours were popular in York, though the righteous would seldom stop their lives just to listen, let alone try to improve a life. Finding someone who cared was a rare treat.

But on this February morning, there was one.

The Crusader from the tavern stopped to listen.

“You are talented,” he said when she finished a song, still bearing his disturbingly stern expression.

The Lutist ignored him; she was becoming genuinely annoyed.

“Ma’am,” the Mercenary croaked, “I… I have something for you.”

She stopped playing for a moment. Upon looking up, she met eyes with the tall man holding out a paper.

The Lutist wanted to order him to go away, but she couldn’t. She forced a smile and took it from his hand. To her shock, the man smiled back. It was not an ugly grin like she had expected from someone with such a stonelike expression, but a beautiful smile.

She read the note, and her jaw dropped. The right thoughts couldn’t come to her. She looked up. The Crusader was gone.

The Lutist returned to the tavern that night for a drink.

The message… she growled to herself, That paper was a hoax!

She drained a shot of liquor.

The memories flooded back to her.

Her four-year-old son ran into her room.

“Go BACK to BED!” she yelled at him, “You promised you would go to sleep!”

He ran back to his bedroom, crying.

She awoke to a fire.

She was forced out of the building.

It burned to the ground.

Her son was dead.

Choking back tears, she began to play her best and favorite piece. It was the one she had played for her son. His favorite.

While she played, she listened not to her lute, but her breath. She had never been more thankful for it. The amount of breaths she would have was numbered, as were her heartbeats.

Her own voice echoed through her head:

The piece was finished. She sat her lute on the table and left the tavern for good.

Two men followed her out the door. They caught her, forced her into an alley screaming, and put a knife through her heart.

The other grunted, “Cut off some hair… Did she have a lute with her? I think that much’ll suffice as proof.”

The first man ran inside, and the one who was left with the body noticed a slip of paper that had fallen from the Lutist’s pocket.

He picked it up and read:

Tonight will be your last, but do not fear; death is inevitable.

See you on the other side! 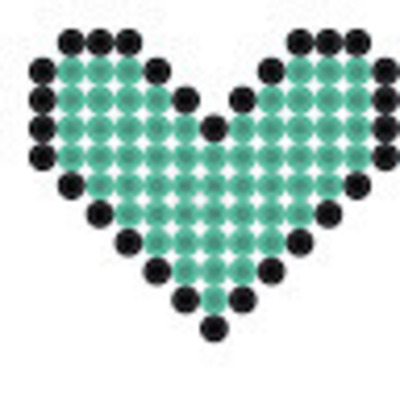 Huh, so this is a pretty interesting piece you have here! I have both positive and negative points I want to bring up, so I’ll start with the positives first. First of all, I really liked that this was straight to the point. It didn’t waste time meandering with pointless details, and the story itself was pretty clear from the get-go. Also, the way her lute was incorporated into the story felt pretty natural :) As for my negative points, my main one has to be that this doesn’t really seem to fit the post-apocalyptic theme? Sure, the set...

Yeah, it was a bit more of a medeival historical fiction story. Thank you for the feedback!