Love is a strange thing. Love can pull you apart. Love can put you back together. Love can change the way you think. Love can dislike you. Love can like you.

It all just depends, I guess.

It was 2023, and the coronavirus had finally settled down that it was like the flu. There was a season for it, but there was also a vaccine. Nothing to worry about. The economy and stock market were building itself back up, and things were starting to be pre-corona normal again. I was at my normal job, not wearing a mask, and not working from home. It was completely refreshing. I was excited. Nothing could stop the U.S. anymore. If we could get through COVID-19, we could get through anything.

It was that early spring, cool day that I met him. I was sitting at the reception desk, filling in for my co-worker who was taking a break (I was a pediatrician) when he walked in. He looked around, obviously looking for something in particular. His bright blue eyes searched the room until they landed on me. At that moment, I could clearly see his face. He had a chiseled chin, almond-shaped eyes, and filled-out eyebrows.

“Excuse me? Do you know where I could find Jessie Tuck?” He looked around once more, then looked at me again.

“Ummm… Give me one moment. I have a list of all of the patients…” I grabbed the clipboard and started flipping through the papers. The man started softly whistling.

“Right here. Jessie Tuck. And who are you to her?” He stopped whistling and pulled out his wallet. I watched him rifle through it for a moment, until he pulled out a card.

“I am Jonas Tuck, her brother. Here’s my ID.” Jonas handed me his ID and I looked it over for a minute.

“Alright.” I handed the ID back. “She is in room 275, straight down that hall and to the left.” I watched as the man I had just fallen in love with walked down the hallway.

I sat in my office, waiting for Jessie Tuck to come in for a check-up after her transplant. After the incident with Jonas, I found out that Jessie had to get a kidney transplant. Then the lady that was supposed to do all of her checks up quit, so they gave the job to me. I had already given Jessie one check-up, and she was very cooperative.

The door opening made me look up from my fiddling hands, and Jessie walked in. With Jonas. Just great.

“Hi, Dr. Regs!” Jessie jumped onto me and hugged me. I squeezed her back, then let go, smiling.

“What are you all excited about?” Jessie’s eyes showed that something momentous had happened.

“Jonas is gonna take me to Disney World next month! In Florida!” Her smile spread from ear-to-ear, and it spread to me.

“That’s so exciting! Don’t let that guy get you into too much trouble while you’re there, alright? Are you still going to come to see me once before you leave?” I winked at her, and she nodded.

“Of course! Now, can we get all the mumbo-jumbo health stuff over with quickly so I can tell you about it?” She looked at me with bright, innocent eyes and I nodded.

“Alright. Everything looks good, Jess. Now, Alicia out at the desk would like to see you. I need to talk to your brother for a moment, please.” Without me even having to give her a pleading look, Jessie got up from her seat on the examination table and ran out of the room. Alicia was her favorite worker at my office, besides me if I’m not lying.

“Is there something I should know about her?” Jonas looked at me with a worried look, but I shook my head.

“No, Jonas. She is recovering perfectly. Everything is fine with her.” I paused. Not for dramatic effect, but to let myself gather my thoughts. “I know this probably isn’t the best place to talk about it, but there’s something wrong with me. And it has to do with you.” Oh, my God. Am I really doing this? No. This is so bad. But it’s already too late. Just keep going. The way Jonas looked at me at that moment made my heart melt. It was a pure concern, and I knew right then that what I was about to do was the right thing.

“Jonas, ever since the first day that I saw you when you came in to see Jess that day, I… Well, I immediately-” I stopped speaking when Jonas put up his hand.

“Hope, I know what you’re going to say.” He got up from his chair. “And I’ve felt the same way, too.” He grabbed both of my hands and looked in my eye.

“Hope, I love you. We may have only known each other for a couple of months, but that doesn’t matter to me. The way you care for Jess, well let’s just say that I only have seen that level of care come from my own mother. And that tells me a lot. You’re amazing.” It all felt like a movie. And it was perfect. At least, it was, until Jessie came barging in and Jonas and I immediately unclasped our hands and stepped to either side of the small room. A look of confusion crossed Jessie’s face, but only for a moment.

“Come here, Dr. Regs! Alicia pulled up the pictures of the hotel we’re staying at so you can see it. Come on, come on!” Jess grabbed my hand and pulled me towards the door. I gave one last knowing look at Jonas and walked out into the hallway with Jess.

“Today is a day of celebration. For two reasons. One, it is Jessie’s twelfth birthday! Woot-woot! And two, we are celebrating the engagement of two wonderful people-Jonas and Hope. We are wishing the world of luck to you.” My future-mother-in-law raised her glass and we all tapped ours’ to one another.

Things had been going pretty great. Jonas had just proposed to me two weeks before, and this big party had been getting planned every since. Everyone was there-Jonas’s family, my family, and our closest friends. It was wonderful.

In just about a year, we would have our wedding.

In just over two years, we would have twins.

And for the rest of it, well, we’re still figuring it out.

Great job! This story was awesome! (And welcome to Reedsy!)

Thank you! And thank you!

Yay, Bailey! Happy to see you came out with a story! Very sweet story, I love the immediate romance between Jonas and Hope. -Megan S.

:) btw love your profile pic, my friend can do an amazing stitch impression

Thx! Hehe so can Brooke! XD

:) Have you meet Brooke in real life??

Hey! i really liked this and you did a really great job with it. I hope you'll continue to make stories, though only whenever your not busy and whenever you get ideas for them. i'm a bit sad that brooke left, but i have a feeling that she'll come back soon ^^ i don't think we have to worry so much about it. ya know what i'm gonna give this story though? 10/10 :)

Awww! Thanks! Since I know her outside of here I have talked to Brooke and she will definitely come back in a couple of weeks.

No problem ^^ oh well that's good then, you and her are friends Irl as well?

Yea we are super close. Weve known each other since we were in diapers tbh 😂 Were sisters basically

I feel really bad that she has to deal with all of this downvoting crap. And I read Mia's bio and I don't know if I believe it or not

thats kinda cute ^^ yeah i don't really believe Mia's Bio tbh, it's like a very small part that she's telling the truth that she isn't the Down-voter.

Yeah because Brooke showed me the comments that Mia sent to her and they were RUDE. And in one of the comments Mia put in all caps that she downvoted Brooke, soooo.... 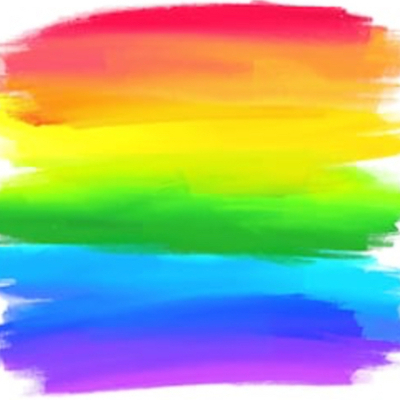 Awesome first story! It’s so cool that this takes place in the future and it was interesting to hear what you thought would happen in 2023. A very enjoyable read! Nice job!

Hey i made a new story ^^ could ya check out "betrayed" and leave some feedback?

i have a new story/novel idea, ya wanna know?

:D okay i actually think i have an idea then for it

Okay what is it

i uh forgot what we were talking about- do you remember?

Loved it Would you mind reading my story “Leaf me alone”