A Sweating Hungry Mess. Oh, and Zombies too

Submitted for Contest #60 in response to: Write a funny post-apocalyptic story.... view prompt

Oh wow, don’t you just hate it when your fridge is empty and you’re starving and your mom’s at work so you decide to ride your bike over to the gas station but that annoying kid in your class who happens to be your neighbor flattens your tire with some sharp rocks and then you run to the gas station only to be met with a really ticked off zombie and end up running back home with no food?

There has to be something to eat here. I’ve already raided the fridge over ten times, emptied the mostly empty pantries, searched my room for anything edible, and asked my neighbor if he had any food to spare.

Not the annoying-kid-in-my-class neighbor, the other one. Mr. Muley. The sometimes-grumpy-sometimes-gives-you-candy neighbor.

If you didn’t guess already he was grumpy today.

If only my mom would just come back. Right now. Preferably with food.

You know, I bet in some way, this whole mess is Conner’s fault. That’s the annoying-kid-in-my-class neighbor by the way. Let’s just call him AKIMCN for short.

His stupidity just angers me, honestly.

So, it’s only logical that he’s probably responsible for why there are suddenly zombies, climbing out from graves, and trying to eat people’s brains.

But of course, Connor is safe, his stupidity rendering his brain not desirable for the many zombies that now walk amongst us.

Unlucky for me, I have quite a large intellect.

Anyway, I’ll likely die of starvation before the zombies can get me.

Well, any anyway most of the zombies are pretty nice. Only the bored ones are looking for brains to eat. Like that one at the gas station. It’s only because of my great running speed that I got away.

Of course, I would’ve gotten away much faster if it weren’t for Connor and his stupid sharp rocks.

Ah, I was so distracted being angry at Connor that I forgot my hunger for a little bit.

I want food, is that too much to ask for?

I’m not asking for much really.

A granola bar would do just fine.

Maybe a burger, that would do nicely.

A stack of pancakes as high as I am tall.

Just a nibble of cheese UNIVERSE CAN’T YOU HEAR ME?

I’ve got the kitchen knife close by, in case a zombie comes too close for comfort, an empty box of cereal that was my snack, and a balled-up blanket in case I get cold.

In this heat though, that’s unlikely.

Sweat trickles down my forehead mixing with a little bit of blood from a small scratch.

Yeah, you heard me, blood.

It’s an apocalypse, can’t expect to stay perfectly safe. Especially when your neighbor decides to throw sharp rocks at you whenever you’re passing by.

I really want to find out where he gets his supply, I mean seriously, why does a fourteen-year-old boy have an unlimited amount of sharp rocks in his house?

Hunger and thirst at the same time is not a great combination, let me tell you.

What if my mom gets turned into a zombie?

I mean, I’m worried for obvious reasons, but that would mean she can’t get me food.

Which is something I need, as soon as possible.

I swallow the spit that has gathered in my mouth and instantly regret it.

It’s only made me more thirsty.

What I would give for a nice icy cold can of coke...

Pair that with some beef...

If my phone wasn’t so extremely cracked and dead and honestly in need of a funeral, I’d call my mom and tell her to bring home some coke and beef for dinner.

Hm, I may as well have a funeral for my phone. I don’t want to move though. I don’t need to use any more energy than necessary in my starving body. It’s practically killing me to blink.

Ugh. Double ugh. Triple ugh. I could go on and on.

I mean you’d think, whoop de doo, it’s an apocalypse, no school, and whatnot.

But when you’re so utterly starving and would settle for even cafeteria food, then you know it’s terrible.  Because if Connor didn’t exist (yes, I still think it’s him even though I have no real proof) and somehow cause the zombies to exit the world of the dead and enter that of the living then said zombies wouldn’t have made such a mess and my mom wouldn’t have to be part of the cleanup crew and not here or buying me food or here after buying me food.

So you can see why it’s such a bad thing.

I click my sandpaper dry tongue against the roof of my mouth.

Not only am I hungry and thirsty, but I’m bored too.

It’s times like these when I wish I had a sibling.

Oh, they’d have to be obedient though.

No, I don’t think I could handle the annoying aspects of a sibling.

It’s enough dealing with Connor and I don’t have to live with him either, just next door to him.

Could this day get much worse?

I suppose a zombie could break in?

Suppose Connor could break in for no other reason than to torment me?

I’m pretty sure if my stomach wasn’t empty right now I’d have thrown up in my mouth.

I wish I had thought to take my charger inside. Instead it’s melted all over itself.

Not that my phone would even be usable it’s so cracked.

If it was I’d call Delilah. She always knows how to make things fun and interesting even when you’re stomach’s empty and your throat’s dry and your forehead hurts and ugh.

The worst part about this apocalypse isn’t even the hunger or the thirst or the boredom, the zombies are just so incredibly like normal people, it’s...well it’s a little scary.

You didn’t hear that from me though.

Not every day a teenage girl admits she’s scared of something.

Especially not this extremely feministic, tall, genius(by my own judgment, of course) teenage girl.

I’m more likely to roll around in mud than admit I’m scared of something.

I’ve done that before.

Well, it was a dare, you can’t exactly blame me, I don’t back down from dares. Not disgusting dares, not scary dares, not any dares.

So then I’m more likely to… to get food right this second than admit I’m scared of something, and I just admitted I am.

So don’t tell a soul.

If you’ll excuse me, I’m going to raid the fridge for the… 18th time.

Only disturb me if you have food, please.

I loved this story! Great job on your writing! It is very interesting and entertaining for all readers! Please keep writing! 🖊📝📚

Thank you so much! I will!

You pulled the stream-of-conciousness style off well! I like that the entire thing takes place inside her brain. And the part about the dare was really funny. Just two corrections this time- "when you’re stomach’s empty" It should say "your" instead of "you're". "Especially not this extremely feministic, tall, genius(by my own judgment, of course) teenage girl." You missed a space between "genius" and the open-parenthasis. Great work!

Thank you so much! Thanks for catching that!

Great job! The first paragraph (as well as the rest) was really funny!

Thanks a ton, I'm so glad you thought so!

Wow! You definitely pulled this off! (Sorry I didn't check this out sooner; I haven't been on Reedsy in a while) As soon as I saw that you wrote this, I got so excited. Then I read the title, and I got more excited. Then I read the first paragraph/sentence, and I was laughing so hard. I laugh at the slightest things, and this story kept a smile on my face for the whole time! I love the constant need of food! It reminded me of myself... The only thing I noticed (and I know you can't edit anymore; sorry this is late) is that you spelled ...

Yayyy thank youuuu! I had you laughing? Epic wiiiiiiin :) Yes, I was actually hungry while writing :) I always do that with namessss what is wrong with meeeee Thanks so much!

I don't know if this was laugh out loud funny, but I hope it made you smile :)

Niceee story everything really flowed here! I also thought some parts sounded like a poem, just the way you worded them and the way they are written. I also liked the ending cause I am also always raiding my fridge too. The Conner part was hilarious😂 and the rest of the story was tooo! Greattt job and keep writing ~Snow❄*~

Thanks so much! Yeah, I get what you mean, where she said 'I'm hungry. I'm famished...' I was actually hungry while writing this XD. That was sortaaa me trying to add romance but I stopped myself. Like she mistook her feelings?? Thanks so much! You too!

Yeahh I was wondering why I was getting romantic vibes from Conner and Her(I don't think you told the name) I was like something is seriously wrong with me she probably didn't even mean to put any romance in it...😭

i know who the down-voter is 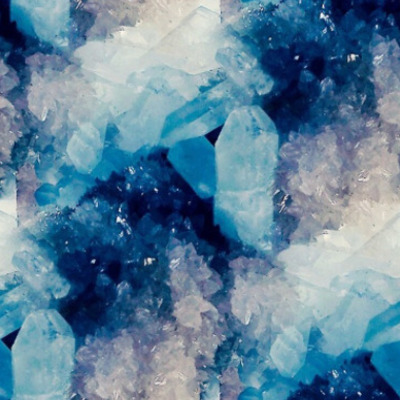 The first paragraph was hilarious! You think it's going to be relatable, and he rambles on about something completely random, which is an intro into the story! Awesome!!

Hilarious! Best opening paragraph ever! I can so identify (with the food, not the zombies).

Thanks so much! (I would hope so)

yeeehaawwww thiz waz zo funny and cool<3 <3 <3 poor her, breaking into the fridge for the 18th time LOL

Wow, I loved this! Lol, I always need food no matter what, even if my fridge was full or not. It was hilarious! Great job!

Haha, I loved this! Such a light, airy story, lol. I love the funny NEED of food throughout the whole thing. Short and funny, nice work!

Thank you so much Rainbow!

I love the the protagonist's dislike towards Conner.

Quite the hilarious read. Successful prompt. I pictured someone at a frantic pace throughout the story. Thoughts a whirling about, on the edge of insanity. Maybe that's taking it too far. Anyway, loved it. Keep up the awesome writing.

Thank you so much! That means a lot! I'll try :D

Up-vote spree again? ^^ i'm getting closer to being in the top 10 on the leader board ^^