Submitted for Contest #60 in response to: Write a post-apocalyptic thriller.... view prompt

"You said you'd teach me the true meaning of wrath," the man with the gun said. Disgust curled each word before he spat them out through gritted teeth. "Is this what you wanted?" His hand did not waver as he kept the gun fixed on the woman in the shattered doorway.

In another lifetime, he had called her beautiful.

He remembered the time before the earthshakes began to last days- weeks, even. When anyone could risk traveling up into these high-risers and not just the fools who had something to prove. A life where fragility and delicacy were cherished and beautiful, not something one had to beat out before the Quakes did it for them.

There was nothing of that life left in either. Her eyes were just as hard, her hands just as bloodstained, even as she held them before her with palms up in plaintive surrender. He didn't take his eyes off those hands, knowing, knowing that as soon as he did, she'd make him regret everything and more.

His teeth ground together. One finger played with the trigger of his gun, offering the slightest pressure before releasing it. "Don't you dare."

The woman eased into the room. He took a step back. She took another forward. A jerk of the gun halted her in her tracks, and she spread her hands just a bit further apart.

His smile was so forced it almost pained her as much to see it as it did for him to wear it. "Yeah? Yeah, really? Talk? I should have shot you as soon as you opened your mouth."

She winced. It looked genuine.

"Cal, I'm sorry. I never should have started this." Another careful step forward, and she lowered her hands. "It's best we step away before any more of our people get hurt."

He laughed out loud, a surprised bark. "Our people?" His boots crunched over broken glass as he swiveled to peer into each corner of the room with wide eyes. The gun remained fixed on the woman as Cal went through the exaggerated motions before he looked forward again. His expression went flat. "The only people getting hurt are yours. Because of me. I'm hurting them. You haven't gotten close to touching me or mine."

Her eyes lowered. Submission? Guilt? He doubted it.

"If you had known," he cut her off. "You did, Rae. You fucking did. Don't fucking try to tell me no one told you better. Don't play this game with me. It might work on all the others, but you know damn well I never thought you naïve."

Her eyes flashed and her chin lifted in that little stubborn tilt it did right when she was ready to give someone a piece of her mind. Cal didn't wait for her to do that, forging on ahead anyway.

He breathed hard, his eyes alight with the fire of his words.

Rae's hands had curled into fists at her sides. Her voice turned low, harsh, and controlled. "I thought you would see reason, Cal."

His finger brushed the trigger once more. "I can't turn my back anymore, Rae. So either you step down; admit you're wrong so the world can see, or my hands are going be stained red with every one of your boys."

"I can't step down," Rae said, half to herself. Her face turned, that delicate profile suddenly lit by the setting light through the window. The pang of her voice would tug at the heart of anyone who carried one and it settled like a thorn in Cal's chest. "I have nothing left."

"I didn't start this, Rae." His voice turned harsh to counter the sorrow in hers. "I'm just-"The gun twitched in his hand. "-I'm just winning it."

"So why not just shoot me here?"

Cal said nothing. Instead, he raised his gaze from her hands, tracing over the scars of her face and lines of her brow. He finally settled on her eyes and allowed his own to lose their hard edge. "Because," he said, his voice gentle, "for the sake of everything we shared together," he paused, seeing her face soften, then stiffen as he continued, "I want to see you suffer, Rae. I want to watch as you finally understand the mistakes you keep on forcing and the pain you cause. I want you to know that, as much as you pride yourself on finding everyone's little weaknesses, their little place it hurts most, it doesn't make you any less vulnerable."

Her voice matched his for softness, yet simmered with the force of words she just barely held back. "I'll kill you and everything you care for, Callahan."

The man shook his head and lowered the gun. "Too late for that." And, as she turned for the door, he clicked his tongue at her. "So long, Rae."

Her footsteps echoed down the hallway and faded into silence.

"That could have gone better," Cal murmured to himself as he turned to the window and crunched his way across more glass to peer out at the street. He watched for the small hooded figure exiting the building and tracked her path until she disappeared down another street before letting out his held breath. "Could have gone worse too."

He was in no hurry to leave this room, though a chill wind with the scent of ocean tugged at his collar in threat. It had been a nice building, before the Quakes, and as Callahan turned back to consider the scattered wreckage of windows and furniture, he considered something else.

That consideration led him out the doorway, through the hall, down the winding stairs, and out through the sagging doors where he turned to face the building. The gusts of wind and beginnings of rain stood no chance against his coat, and so Callahan stood there for some time, pondering what he saw before him.

"Are you gonna stand there 'til the sun goes down?"

Cal cocked his head briefly in a nod to acknowledge the soft voice before he turned to face a woman leaning up against the mangled remains of a bike rack. She had settled into an almost cliched pose, her arms crossed and chin lifting her cocky smirk. Like his own, her dusty coat bore the stains and tatters of many battles. Unlike him, a chain-wrapped bat dangled from one hand.

"A book could be written about everything to observe on this street, Keth," Callahan said without preamble. He gestured between them. "About us, even."

He wasn't wrong. Tall where he was short, pasty where he was tawny, the two couldn't contrast each other more. She had even chopped off her hair, leaving only a fine black fuzz. Cal would rather put an eye out than touch his own pristinely curled locks.

"Is this going to lead somewhere or have you been sneaking snakebite again?"

Cal granted her a thin smile.

"Both. We're going to have company soon."

"Ah- ah- ah," he held up a finger to halt Keth's protest. "It's not that many. She never risks more than a couple of her boys."

Just a talk, he had said. All they had to do was arrive, chat, and leave. He had said there was no way Rae would try to strike out at him.

"You lied to me," Keth said, her voice not even incredulous only because it was just so like him. "You lied and now I have to beat some idiot asses because you thought I wouldn't come with you if I knew?"

"Tch," she said, her turn now to cut him off. "I told you I was only here for your protection. Not to start murdering in your damn one-sided war."

"Technically it's not one-sided, they're attacking us now-"

He shrugged, his brow quirking in a sheepish manner. "Does it help if I say sorry?"

"It might if you actually meant it." Keth turned her head to scan the street, gripping her bat more firmly. "I don't hear anyone."

Ignoring that comment, at least for the moment, the woman straightened from her half-seat on the bike rack. Her head cocked, ear turned towards the harbor, and a searching tenseness to her expression. Before Callahan could say anything further, she put up a single finger, stilling him into silence.

The silence stretched on for longer than it should have.

"No birds," Cal agreed. His smile had returned, thin and tight, the man pretending that his face hadn't suddenly gone pale.

Reaching into her coat pocket, Keth pulled out a set of binoculars, fumbling with them the wrong way in her haste. She righted them and peered through towards the harbor, straining to see where the grey waters were.

Or at least, where they had been.

In the distance, a foreboding grey swell had begun to ascend in a wave towards the city. To the naked eye, it seemed laughably tiny. No one would be laughing when it closed the distance to finally crash over land.

She snorted once, ignoring the gesture in favor of breaking into a full-on sprint in the opposite direction of the tidal wave. With his coat flapping in the wind of his passing behind him, Cal did the same.

"I think!" he called to Keth between breaths as they ran, "That we! Were set up!"

Great atmosphere here. Love some of the phrasing. Sounds very like a western in a ghost town until you mention the bikes, but that's fine. A western with Harley's is fine by me. I can see Cal and Keth screaming off into the sunset. Or trying to at least. 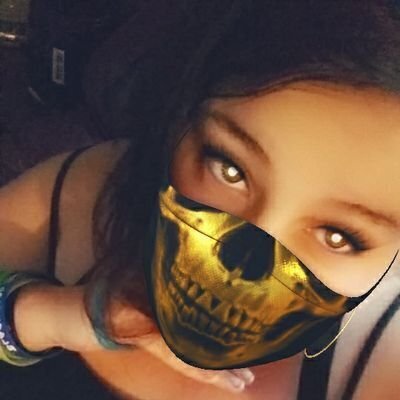 I think its great that you really brought life to the characters. The beginning was really strong I think the only critique ID have is there's a lot of dialogue maybe could use little more description

Great job on this story! You had really good descriptions throughout it. This line from the beginning of the story was probably my favorite... "Disgust curled each word before he spat them out through gritted teeth" This line right here was what made me want to read on. It intrigued me, and left me wondering what other sentences you made tying together words that perfectly described what was going on. Keep it up! P.S. Would you mind checking out my recent story, "My Mother's Garden?" Thanks!

This is a wonderful story! I mean, really, really good. One that should win in my opinion. But I kinda agree with what Charles Stucker has written. It's slightly one-sided, even though we don't really get to know that till the end. Still, a very, very entertaining read and keep writing!

I updated it, to be slightly less so ^.^

his eyes off those hands, knowing, knowing that as soon as he did I can't decide if repeating knowing was deliberate or accidental. Beautiful scene. Great writing. Extremely vivid. Catches the post-apocalyptic genre feel perfectly. Just one thing is wrong. Callahan is too 'in control' during the entire tale. He has a gun on Rae the entire time they talk, and then he knows her 'boys' are coming- straight into a tsunami. While he has time to reach a safe house. You still have time to consider something a little less one-sided before edits ...

I updated it, to be less "suave wins everything"

Yes. This is far better. He's confident, then gets told off by his partner, then they get surprised by the tsunami and you leave us wondering, will he survive? If he does, can he win his private war?