The candle burning in the middle of the small table had about an hour's worth of wick left, but Alyssa was only vaguely aware of the flickering light. Her attention mainly focused on the man sitting across from her and the belly laugh currently overtaking his entire body.

Tristan was a jokester, always laughing at his own jokes.

She loved him with all her being.

This man had been by her side through thick and thin, showered her with all his affection and endless amounts of corny jokes. She never had to worry or have any doubts that he loved her.

Suddenly he wasn't laughing anymore and clutching to his jacket pocket on his chest, jaw slightly slacked. His eyes were wide and staring at her, unmoving. It was like his entire body, that had been shaking and rolling with whole-body laughter, had turned itself to stone.

"Tris?" Alyssa asked, trying not to instantly revert to panic mode. He had been complaining of chest pains the last couple of weeks, and even with him dieting an trying to eat the right things, he was still a big, hefty guy. Doctors had been telling him for a few years he needed to do something or he was going to die of a heart attack.

He blinked and Alyssa let out a sigh of relief, but was still concerned on why the love her life had a death grip on his favorite jacket.

"I've been thinking. " he began, clearing his throat and reaching into the pocket he had previously held like a lifeline, " You know, we've known each other for so long, almost our whole lives and we have such a strong bond that I couldn't imagine my life without you a part of it. I think right now with our lives the way they are, so wrapped around each others, that now would be as good a time as any." Tristan pulled out a small banded ring, lifting it up for her to see clearly. "I've wanted to ask you to marry me for a while now. Will you be my wife?"

A few seconds of the only sound being the traffic outside their tiny apartment.

"I had a whole speech prepared, " He began again, his voice cracking with nerves, " but you look so beautiful in the candlelight I just couldn't- "

She threw her napkin down on the table. The romantic aura turned sour and the perfectly cooked dinner, that she now considered completely over, sat heavily at the bottom of her stomach.

"Tristan," Almost choking at the use of his full first name. It felt wrong coming out of her mouth, she hadn't used it in so long, "we've had this conversation already. Numerous times, in fact. I don't want to get married. It's just a piece of paper that binds us with each other's debts and if we ever decide we aren't working out it'll be expensive and paperwork-heavy versus how things are now where we can just pack and leave. You were there when my parents divorced, do you really want to go through that?"

"Are you doubting our love and feel like you need a ring and a document to make me stay?"

Alyssa reached across the table to try and grasp his hand, but at the last minute he pulled his away to clasp them together in his lap and glared at her over the flame of the candle still burning. All traces of the man she loved were gone.

"WE are not your parents. When are you going to get it through your thick skull that OUR marriage will be forever?"

"You think I want to consider marrying you when you're glaring at me like that and telling me I have a thick skull because I said no?" Alyssa scoffed, waving her hand at him in annoyance, "You're absolutely insane right now!"

Tristan pushed is halfway-empty plate of food away and huffed. "What's insane is how I've planned this whole romantic dinner with candlelight and created this whole atmosphere for you and you completely ruined it by being a witch. Are you on your period or something?"

A few seconds of the only sound being the heavy breathing between them.

Alyssa stood up, screeching the chair legs across the wood flooring in her haste to leave the table.

"If you're going to act this way you can sleep on the couch tonight." She shouted from behind her as she made her way down the hallway, pausing at their bedroom door.

Tristan still sat at the table, still glaring at her. "This is how you're going to leave things between us right now? Don't be such a brat, Alyssa."

"Wow! How about you crawl under the couch and die tonight!"

She slammed the door before he could respond. Never in their entire relationship had they ever fought like this. Was it just a reaction to her rejecting his proposal? It had to be, she'd known him almost since infancy and he had never reacted in such a way towards her. No matter, she thought to herself as she stepped farther into the room, they both said immensly harsh things to each other in anger. In the morning they would talk like the adults they were, after their emotions had cooled and they could both think rationally past their own thoughts. With that in mind, Alyssa crawled into bed still wearing the clothes she wore all day. Not caring and too tired to undress.

Her last thought, as she heard Tristan bustling around outside the bedroom door, was that they would get through this together, without the promise of marriage.

The morning came too early as it always did. Being the opener for a deli never left much room for sleeping in, but Alyssa wouldn't have had it any other way. She loved the hustle of the busy food business, always being on her feet. She couldn't imagine trading her high energy pace for a paper-pushing desk job.

She knew as she got herself out of bed and quietly got ready inside the bedroom that today was going to be a rough one though, especially when the first thing she knew she had to do was face Tristan. Knowing he just spent the entire night on the frumpy couch while she slept in the comfy bed they had shared for many years didn't sit well on her conscious, but they needed the space apart.

Silently she opened the door and made the slow trek down the hallway to their livingroom, but paused in the dining room when she noticed the window was open. They must've left it that way last night on accident after things got heated between them. As much as she wanted to say something to Tristan about the dangers of leaving a first-level apartment window open all evening it probably wouldn't be the best start to the morning after the way things ended the night before.

She grabbed an apple from the fruit basket on her way through the archway that separated the dining room from the living room, but paused again a few feet from the back of the couch when she noticed the TV on. Tristan was a stickler for making sure all electronics and lights were turned off before bedtime, always worried about the electricity bill. Scratching her head, she crept closer to the couch, about to wake him up when her ears caught the conversation happening on the screen.

"Everyone needs to stay inside." A frantic, newsroom-looking woman screamed into the microphone shaking in her hands, "Shut all your windows. Cover all cracks, do not let air inside! IT. IS. AIRBORNE! I repeat...The virus is AIRBORNE! Prote-" A high-pitched screech cut her off and the screen switch to salt and pepper.

"Tristan, did you hear any of that? Oh God, we left the window open all night! We-"

She looked down from the back of the couch to the moving lump on the floor in front of the furniture. Slowly, the form stood and the blanket that had been covering slid down to reveal the man that had had her heart since their very first date together, maybe even before that. Only this man appeared different. Same, but different. He looked like the man who slept in the same bed as her every night and the one who proposed to her last night, but this man's skin looked death-like and his eyes so bloodshot she couldn't see the green eyes of the man she loved more than life. Only red. Empty and blank of the adoration he normally had in his eyes when he looked at her.

Tristan, who was angry, but alive last night was clearly not now.

"You remember last night when I said you should die?" Alyssa's eyes burned with unshed tears as she stared at her big, teddybear love- remembering the last hurtful words she had thrown at him before she slammed the door between them, "I'd like to add now that you should stay that way."

The last thing she saw before everything went blank was the man she had planned on being with for the rest of her life, without marriage, flying across the back of the couch with his hands outstretched towards her throat.

In slow motion, she watched his fingers reach for her and, beyond that, the ring he had planned to give to her fling out of his front shirt pocket. As if every second had turned into an hour, she watched the beautiful band glint past the side of her face while cold, iced fingers closed around her neck. 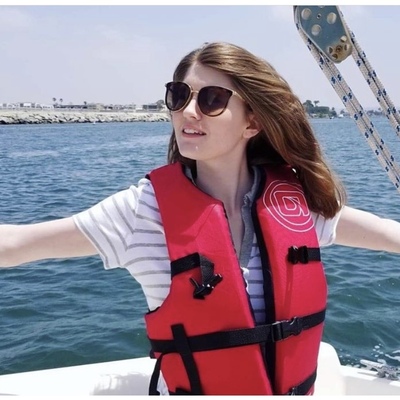 I love a dark ending, and you really captured that with this story! Very good job!