This is the room where she’d be spending the rest of her life.

The tiny window had been boarded up by an unknown person or people long gone and only a tiny sliver of dimmed light shone through.

Dust particles floated in the air, landing on the grimy, stained mattress lying in one corner and adding to the filth already carpeting the floor.

Hastily, Jazzy pulled down the mask she was wearing and breathed deeply. The air felt fresh compared to outside where the sky remained a dark grey at all times and from being behind the mask which was drenched with her sweat.

Groans and mumbles followed by the sound of dragging feet throughout the abandoned house snapped her back to reality and she slammed the door shut regardless of the sound she made.

They knew she was here anyway.

There was a single bolt across the door and she slid it into place with her fingers crossed. It was well greased but slightly bent as if something had already gotten through.

It wouldn’t take much for them to break through it again but it might hold them a while.

There was nothing else in the room.

Sighing Jazzy tugged at one corner of the mattress, pulling it until it lay in front of the door.

There was a strong odor coming from the stains.

Despite all that she had seen she wrinkled her nose in disgust.

Really, some people had no standards.

A loud bang at the door made her jump.

Take a deep breath, she reminded herself.

“Quick, let me in! They’re nearly here!” a person yelled.

The zombies didn’t talk. Or couldn’t. But what if this was some sort of trap, to try and get her to come outside and face them? Something new that she didn’t know about? Another mutation perhaps?

“Please let me in” the person whispered, their voice shaking.

Jazzy could almost feel their fear through the door as they scratched at the wooden surface.

The sounds of groans, mumbles and shuffling feet were getting louder.

They were getting closer.

“How do I know you’re not one of them?” she asked, kneeling on the mattress and facing the door.

The person groaned,” I can speak. I’m not one of them. Please!”

What if she let them in and they were a zombie or it was a trap to lead her to them?

She thought of them biting her, their teeth sinking into her skin. And then the change. When she would become one of them, wandering and trying to bite another person just as they would bite her.

“Hey it’s okay’ the person whispered with a sob,’ if I were you I wouldn’t let me in either. It’s probably best this way. Get it over and done with. Maybe you could keep talking though? Till the end?”

Silently Jazzy placed her hand on the doors surface and closed her eyes trying to picture the person on the other side.

It would be so scary to be there all alone.

But then again she was all alone as well.

In one tiny locked room.

In one tiny, locked, filthy room.

This is where she was going to spend the rest of her life, lying on a stained, smelly mattress slowly starving. But it was a better end than to become one of them.

“I’ll let you in’ she said, her voice shaking to,’ just give me a minute”

She could hear them jumping up with a newfound burst of energy.

Tugging at the mattress again, Jazzy moved it away from the door a few inches, enough for a person to squeeze through and then reluctantly pushed back the bolt.

Her hands were shaking.

This could be it.

Her final glimpse of the world could be a hallway full of unkept zombies lunging at her.

“Quick, quick, quick!” the person yelled as they shot into the room.

The hallway outside was dark but she could see the whites of the eyes of the zombies as they moved closer with their arms outstretched.

A strong smell of decay almost overwhelmed her.

“Help me!” she yelled as she closed the door.

The bolt wouldn’t move. It was stuck where it had been bent previously.

The other person threw themselves against the door alongside her.

She could hear the wood crunch as their shoulder hit the surface.

Part of the metal cut into Jazzy’s skin.

Blood trickled down her hand and onto her wrist, dripping onto the ground.

“I’ve nearly got it”, she groaned as, with a final effort, she managed to slide it into place.

The zombies reached the door and tried to walk into it.

The sheer number of them and the combined body weight made the door creak.

“Do you think it’s going to hold?” Jazzy whispered.

The other person didn’t answer. Instead they slid to the ground and sat with their back against the surface.

The person swept back the long hair that had been covering their face and grinned up at her.

“Thanks’ he said,’ I didn’t think you were going to let me in”

He shrugged,” Wouldn’t have blamed you. Just can’t believe I found another person”

His cheeks were filthy and there was a half healed cut across one cheek but his teeth were still white. They almost shone in the dingy room.

“Don’t worry though when they’ve gone, I’ll go to”.

If he left, she’d be all alone again.

“Well I don’t know, maybe I could come with you”, she said.

He stared at her, his hands resting on both knees.

“You know, seeing as we might be the only two people left. We should probably stick together”, she continued.

The zombies were still trying to come through the door but some of them had already lost interest. They could hear their footsteps shuffling away.

Fishing in a pocket, he pulled out a strip of cloth and held it out to her, nodding at the blood still dripping.

As she tied it she thought to herself, Maybe I won’t die in this room after all. 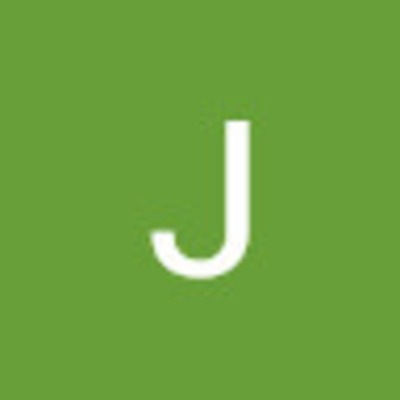 Your use of short, snappy paragraphs in this text really built the suspense and kept me on the edge of my seat! Fab story :)

Thank you so much jessie

I enjoyed this story. At the end it left me wanting more.

You're welcome and thank you also!! 👍🙂 Hope you are having a nice weekend!!

So far so good thanks.having a relaxing weekend doing nothing much,which I think we all need at times

Well-written 👏 A great story. Keep up the excellent work 😊

Loved this thriller. Short and sweet. Instead of taking out zombies, hide and call it good. Well done

I like this, Vicky! How did you write it so fast? Your opening sentence immediately got my attention and then I couldn't stop reading. You write so well, that I'd love to see a little more description of the zombies....even though Jazzy didn't see much of them, she got a glimpse, and I think you could really draw that out with your great descriptions. Well done!

Thanks so much Kristen.I've never written about zombies before so I was a bit cautious about writing about them.

Hastily Jazzy pulled down the mask she was wearing and breathed deeply. comma after hastily. The person groaned,” I can speak. I’m not one of them. Please!” spacing is off on the open quotes. He shrugged,” Wouldn’t have - quote spacing “Don’t worry though when they’ve gone, I’ll go to” too then a period. maybe I could come with you” she said. - comma after you probably stick together” she continued. - comma after together Fishing in a pocket he pulled - comma after pocket. A very solid little scene. Shows all the fac...

Thanks so much for your comments. My grammar is a weak point. I'm trying to work on it so any help is appreciated. Hopefully each story will get a bit better

It should. One thing you can try is reading other peoples work and trying to find THEIR errors. It has certainly honed my ability to spot mine. I still make mistakes, but not as many.