Submitted for Contest #6 in response to: Write a story about friends taking a road trip they've been planning for years.... view prompt 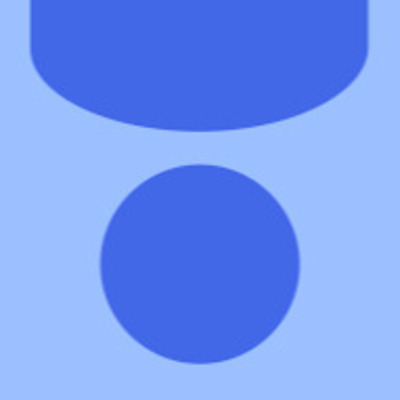 “Anna! Where did you but my toothbrush?”

“Eric, where’s the cooler? The blue one with your name on it?”

“TJ, in the car! Now!” So many people shouting, their voices filled with excitement as Eric, Anna, Zane, and I pile into Zane’s blue SUV. Anna takes the passenger seat, Zane is driving, and Eric and I are in the back. After graduating from high school, the four of us decided to finally take the road trip we’d been planning since 6th grade; from our boring town in Kansas to Florida. It was the third week of summer and we were finally ready.

“How long is the trip again?” I asked as Eric, my boyfriend, pushed me into the car.

“About 18 hours,” Eric replied as we buckled our seatbelts.

“Well, I’m gonna fall asleep,” Anna laughed from the passenger seat in front of me.

“Same,” Zane replied, and we all laughed. He turned the keys in the ignition and we were off. We quickly exited our small town and drove onto the highway. We played a few rounds of I Spy, sang along with the radio, and listened to an audiobook. After about 6 hours of driving, we pulled off the highway and into the motel we had booked the week before. We grabbed our overnight bags from the trunk and headed to our separate rooms. Eric and I collapsed on the bed, tired from a long day in the car.

“Shouldn’t we get dinner?” Zane asked on the other end.

“But I don’t want to move,” Eric complained.

“Too bad,” I laughed, pulling him up off the ground. Eric finally stood up and we walked out to the car to go to dinner with Anna and Zane. We waited for a couple of minutes but Anna and Zane didn’t come out of their room. Eric and I walked over to their room and knocked on the door, but no answer came from inside.

“Zane? Anna?” Eric yelled, knocking again. Suddenly, we heard a sound from behind the motel that sounded like a gunshot.

“Anna! Anna! Zane!” I yell, starting to get worried.

“Hang on, Zane gave me a spare key,” Eric said, shoving his hand into his jeans pocket, producing a motel key card. He quickly swiped it past the door handle and shoved the door open. Inside was Zane, lying on the bed, a red bruise on his head, as if someone had hit him over the head with something. Anna however, was no where to be seen. Clenched in Zane’s hand though was Anna’s jean jacket, a dark liquid splattered on it. I crumpled to the ground as Eric ran over to Zane, shaking him. Zane sat up, looking around groggily, he looked down at the jacket, and his widened.

“A-a man, a tall man in all black grabbed her and took her out the back door. Did he bring her back? Where’s Anna?” Zane questioned, standing up, leaning on Eric.

The ambulance and police arrived and Eric and I were driven to the police station. We tried to go with Zane to the hospital, but the police wanted to talk to us. I held tight to Eric’s hand until we arrived at the station. The police took us each to a different room. The one I was in had a gaurd standing by the door,large mirror on one wall which I assumed was one way, a big metal table, and two wooden chairs, me in one. A tall, balding man in a police uniform walked in, sitting down in the chair opposite me. “TJ, right?” He asked. I nodded, staring down at the table, my mind replaying the past few hours in my head. “I’m Jones, Jones Michealson. I need you to help me with a few things, okay?” I nodded again. “Where did you last see your friend Anna?”

“Right before we went into our rooms, probably around 7,” I replied quietly.

“Eric and I had a spare key, and I’m assuming the motel employees but that’s all I know.” The gaurd by the door handed Jones a couple of photos, and Jones spread them out on the table. There was on older man with white hair and wrinkles, two middle aged women, one with short red hair, the other with long black hair, and two teenage boys.

“Do you know any of the employees?”

“Yeah actually,” I replied, sitting up straighter, “That man substituted at our school one time for Anna and I’s science class. Anna kept disrupting the class and he eventually gave her a detention. Those two women also substituted one time. They also gave her detention for throwing markers at the board. Those two boys both dated her for a month or so, but they were both ugly breakups.”

“So what you’re telling me is they all had motive.”

“Your friend was scared, he could have mistaken who the person was,” Jones suggested.

Suddenly, the mirror on the wall shattered. A bullet tore through the shimmering glass in slow motion flying just above my head as I dove under the table. The glass rained down around me, the metal wall dented and the bullet clattered the ground. I huddled under the table as a tall, man in a black hoodie climbed through the gap where the mirror had been. He had long, wavy black hair, a scar on his chin, and deep blacked out eyes.