Submitted for Contest #6 in response to: Write a story about someone who started a road trip ten years ago and hasn't stopped since.... view prompt

There’s over 4 million miles of road in the United States alone. Traveling 500 miles a day, minimum, means it would take about 22 years to cover every navigable road. 10 down, 12 to go I guess. I’ve been to every major tourist attraction: Niagara Falls in New York, the Grand Canyon in Arizona, Yosemite Park in California; I’ve been nearly everywhere, more than once, and check every tourist attraction in each state I pass through. I had to trade in the jeep a few years ago. The vans better for travel, especially when I want to pull into a rest stop and get a few hours’ sleep, but Abby  won’t recognize the van. I worry she won’t realize it’s me. I wonder how many times we may have seen each other in passing, like ships sailing back and forth crossing each other’s paths and never meeting. I don’t know what she’s driving now. Is she driving a big Chevy G20 like me or does she have another little coupe like she left home with; the one found on the shoulder of Interstate 40 just outside Oklahoma City with a flat? The only thing missing from it, besides Abby, was her purse and phone. Did she start hitchhiking and decide to keep going on an adventure, leaving everything she had and knew behind? State police and lead detective, a tall bearded man by the name Detective Church, didn’t think so but they don’t know my Abby. She’s wildly adventurous.

“What happens if your car breaks down in the middle of nowhere and you’re all alone?” Ted asked.

Abby, half-distracted with her phone in hand, didn’t share his concern. “I’ll hitchhike.”

“Do you know how dangerous that is?”

Ted was exasperated trying to talk her out of this lone road trip idea she cooked up. She wasn’t the first one to take a gap year to travel the US, as she told us on many occasions. She saved up enough money from working at the mall throughout high school; money Ted and I hoped she’d put toward college but naturally, she saved it for a great expedition. I guess we were alike in that way. The savings I planned to use for retirement went towards this grand search mission to find Abby. This wasn’t the first time I’d lost her but it was certainly the longest.

It was at the zoo when she was 5. She’d run off while we were watching owls being fed by the brave workers who risked losing a finger to put on a show, albeit a rather boring one, for the children and parents. I didn’t blame Abby for leaving but the running off without telling me, that’s what made my heart drop and my mind race with fear when I looked down and she was no longer next to me. The whole zoo went on lockdown as security searched high and low for a missing kid. I finally found her in the Big Cat exhibit. She climbed over the visitor’s barricade and stood 5 feet from a lurking lion, separated only by a chain link fence, which she stuck her tiny arm through.

A horrible shriek I’d never heard before raddled through me and out from my mouth, “Abigail!”

She jumped so hard I thought the lion finally clamped down on her hand but before I knew it, he ran off in the other direction and she was frozen and fearful, staring at me like I was the predator who could’ve killed her in a single launch.

A small cry escaped her as I finally reached her and scooped her up into my arms. “I just wanted to pet the lion.”

That’s my Abby. The one security couldn’t find. The one the police still can’t find. I caught her bravely trying to befriend something that wanted to kill her.

Rex was a monster of a dog. Old, half deaf, and a dime over 100 pounds, he was up for execution by the time Black Hills Rescue’s adopt-a-thon was over. I saw posters on my way toward Mount Rushmore, a tourist attraction I’d been to many times and needed to check once more for Abby. Those posters filled me with hope. She loved animals so if ever a time and place our ships would finally meet, this would be it. I soon learned hope was false.

I wasn’t looking to adopt a dog and I especially wasn’t looking to adopt an old, shedding one who required time and attention that drew me away from my search and rescue mission. And yet, as the sun began to set behind the stone heads, illuminating the mountain tops in shades of pink and gold, the brown mutt was the last unwanted animal left at the park I’d searched tirelessly for my Abby. I reached my hand through the cage and let the mammoth hound lick my fingers. I just wanted to pet the lion.

“Not for Rex.” A pixie haired older woman with a deep smoker’s voice didn’t look up from her clipboard. It must have made her feel important. She reminded me of an 8 year old Abby going around with a toy gun and badge, arresting Ted and me for various crimes. It wasn’t long before the power went to her head and one night after bed, the toy police set mysteriously went missing, curtesy of the Mommy and Daddy Bandits.

“What do you mean?” I pulled my hand out of the cage and sparked a helpless whine from Rex.

“He’ll be euthanized day after tomorrow. This was his last chance,” Clipboard lady said.

His cloudy eyes looked sad and hopeless. I knew that feeling too. And that’s how now, three years from our first meeting, Rex and I are crossing through the mountains of Carson City together. I renamed him Rushmore. “Rex” just didn’t suit him. He’s big, sure, but not a teeth-bearing man-eater his prior name suggested. Abby will get a kick out of his new name too. “She’s going to love you so much.” I repeat every day, running my hand over his thick fur as he lay in the passenger seat next to me. It’s really his seat as much as the driver’s is mine.

Lake Tahoe is a stunning sight. A big blue sky reflecting off the blue water is surreal. I can’t tell where one ends and the other begins. If I wasn’t looking for Abby, I would stay and enjoy it with Rushmore for a while but, we have a routine to get to, whether he fully grasps it or not. I like to think he does. Our first stop is a local diner, Lonnie’s. The lake is visible from the south facing windows so maybe it brings in a lot of tourists. Its midafternoon: somewhere between lunch and dinner for people with normal schedules. I’m thankful it means the place is pretty empty, save for a man changing out coffee pots and an elderly couple in a corner booth.

The man at the coffee turns around when the bell dings on the door to announce my entrance. “Hi there. What can I do you for?”

His lined eyes and thinning sandy hair tell me he has to be in his 50’s and I wonder if he has kids Abby’s age. I scan the room, hoping to find a small brunette at a booth I’d somehow missed. “Ma’am?”

He extends his hands in a dramatic here-I-am pose, “in the flesh.”

I pull the wrinkled photo from my pocket and place it on the counter. “Have you seen this girl?” It was her favorite photo. She was leaning against a fake tree and woodsy background, a maroon sweater read “Seniors 09” in yellow lettering, contrasted against her fair skin and shining smile. Her dark hair was pulled up in a ponytail that managed to look both neat and effortless.

Lonnie narrows his eyes and study’s it carefully. I get the feeling he’s done this before. “I don’t think so. I’m sorry.”

“Can I ask your employees? One of them might have waited on her.”

“You’re welcome to ask but it’s just me here until 5 for the dinner rush.”

I check the time on my cell. 3:52. I can check out more local places or wait here. Covering more ground makes sense but I’m in desperate need of coffee and Rushmore will easily stay napping in the van for most of the afternoon. “Can I get a large coffee? Black.” I shrug off my cardigan, lay it across a barstool beside me, and sit down for a moments rest.

The warmth of the cup feels good against my sore hands. I wonder if Ted’s new wife has arthritis too. I haven’t met her in person but I heard through the grapevine she’s two years older than me, which gives me a small sense of satisfaction. He’s welcome to trade me in for an older model but I’m not about to give up on finding our daughter, even if it means never returning to a “normal” life. There’s no life at all without Abby and I can’t comprehend how Ted made such a trade.

I don’t notice a small television in the corner until Lonnie turns up the volume. A blonde woman with perfectly lined pink lips was broadcasting on whatever news station Lonnie settled on. “So far 13 bodies have been exhumed in shallow graves along Interstate 40 stringing through Texas and Oklahoma. Long-haul trucker Rodger Ervin confessed to the murder of at least 20 young women over a decade. He was apprehended after a would-be victim escaped and alerted authorities. Police are working on identifying the bodies but no names have been released to the public at this time.”

A ringing pierces through me like a scream and I work to silence it. I pull my phone from my cardigan pocket and see a number I don’t recognize but answer anyway, praying I hear Abby’s voice on the other line. “Hello?” The silence is miles long but she could be at the end of it just waiting for me to reach through and pull her back home. “Hello?”

“Mrs. Parker? This is Detective Church.” He sounds different from when we first met. He was stoic but cautiously optimistic. I remember thinking how he reminded me of a young Ted. Now he sounds bleak, scared even. “We found Abby.” 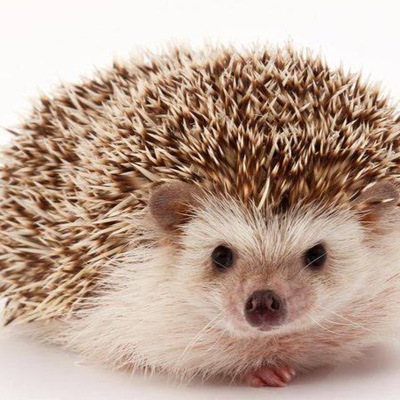 Oh that's so sad! But a really good story.