On The Other Side of the Line

Submitted for Contest #6 in response to: Write a story about two people in a long-distance relationship, driving to a location mid-way between both their cities.... view prompt 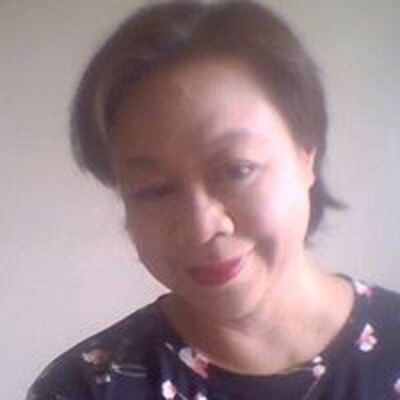 On The Other Side of the Line

I met him online. Tom Hankford is a line man whose narratives of his experiences in climbing those lofty poles somehow attracted my heartstrings. I could feel his heart beating through those lines I’ve always ignored in our skies.

We talked over Skype. Sometimes he’d show me the sky or a flock of crows perched on the belts of electricity lines. I was struck by this man who could find poetry in the most plainest of events as though the silence up there had fortified his longing for the sky.

I live with my mother who is now bed-ridden. The new landscape of the Internet has allowed me to try out dating. I chose him or he chose me in one of those dating sites. He says I have the saddest eyes, like melting ice cream. They touched his heart, he says.

On the day we were to meet, the pall of storm was eminent. Mom was ailing from a pain on her back so I had to turn the bed and put on the sheets again. Oh, and there were so many things to do. The pots had to washed, bills to be paid, my mom’s bed pan cleaned and I asked a woman to look over her for the meanwhile I was to go to Tom.

“Debby?” my mom asked feebly, “You aren’t going to leave me for good, are you?”

No mom. I simply replied and gave her a kiss on the forehead.

I bought a few groceries and as I got out of the grocery, I looked up the sky and noticed the electric lines up there like a highway in the sky. Like I said, I could feel his beating heart going through the lines like a laser pulsing through.

The wind whipped about my skirt and I struggled with my bag of groceries and keeping my skirt flat against my legs.

When I got back home, the woman was already there and helped me with the groceries.

Mom was asleep. I went up to my room and checked my face on the mirror-like an empty canvas and accepted how I looked before washing my face and putting on make-up. I pasted my wet foundation on my dry face, put some grey eyeshadow, brushed my pale cheeks with blush-on with peach blush and put on some glossy pink lipstick. I stopped to decide whether to stick on fake lashes. I put one on and I noticed it seemed to make my eyes look more lopsided. I pulled away the fake lash and sighed. The radio was playing a cool blue jazz music with some static.

I had to go. It was getting late.

I brought a canister of hot coffee and donned in a pretty, floral dress I kissed mom again while she slept and slipped out the door towards the car.

The car was an old Toyota in electric blue with speckles of yellow. I bought it for a cheap price and not liking the color at the first it began to fill me familiarity, I got to liking it after a while.

Here we go, I thought without a doubt of elation.

Tom is a tall man. I could surmise from our Skype interactions. He got his degree at a community college and worked his way to being a lineman. As I drove past our city and got to the countryside I was so certain I had seen this way before from Tom’s past narratives on the landscape he’d seen as a lineman. The fields were flat grids of green bordered by mysterious forests where he said he and the boys would take shade under to eat their lunch. He hadn’t been married before and I told him I haven’t taken that path either.

He’d fill his typed messages with lots of emoticons: wrapped hearts tied with bows, hearts with eyes that winked or smooched kisses. I learned to send emoticons too, mustard yellow faces with eyes of hearts, eyes with tears when we parted and faces that kissed him back.

Soon, the landscape beside me on the road were filled with flowers, bluebells that washed the fields with their noir wash of color. I was intent on the road noticing things here and there. There were fewer and fewer and houses now. It began to rain.

My car hit a something sharp and I knew I was eventually going to have a flat tire.

Oh no, not in my floral dress, I winced. I got out and checked the road. I dialed for a mechanic from 911. I couldn’t try anything, not wanting to ruin my dress.

A mechanic was not in sight. I tried calling again but my phone went dead into low battery. Unbelievable! I thought and got out into the pouring rain. The rain soaked my skin and my dress

to the point of indecency for soon it was transparent against my body.

I went to the back of my car, pulled out my spare wheel and jack.

I tried to pry out the wheel after unscrewing it. I thought at that point I got things covered when I realized I didn’t look so cool and fresh anymore. I never felt so humiliated in my life. I went back inside the car and drank the coffee from my cannister. Soon I was crying alongside the rivulets of water that sluiced down my face from the rain.

I was not about to give up.

No! I wanted Tom to be real so much. Today is the day I will meet him and it finally dawned on me it would not happen.

But one stopped in front of my old Toyota and I wondered if it was the mechanic. But it didn’t look like a mechanic’s truck. I panicked. I didn’t want to encounter unwanted help from anyone, not the way I looked with my mascara finally doing its best to make me look like Halloween’s Best.

A man got out. He wore a blue collared shirt and walked towards my window, soaking himself to the bone.

It was Tom. I opened my door and I smiled.

“I’m sorry, I’m all late and this stupid car and my phone, they just all conspired against me.” I tried to laugh.

But I started sobbing and before I knew it was sobbing on his shoulder burrowing my face against his shoulder.

Years later, after being married he would quip to his buddies, it was nothing, I just ruined his shirt with this oily mascara.

These days I would wash the dishes and when he was out to work all I had to do was watch the lines crisscrossing the skies and I could feel his message pulsing through, saying: I love you.