You and Me and a Bag of Chocolate

Write about a character arriving in a place unlike anywhere they’ve ever been...

After three long days of contemplating this week’s choice of writing prompts I thought. Nope. I’m going to sit this one out. I just can’t think of anything.

My creativity felt stunted. It was as if a giant creature flooded my brain with a creativity-neutralizing gel. In the recent months my life had contorted to some un-routine routine with a partial reopening of my consignment business. We created a Plexiglas counter barrier in our 100 year old stately brick building and a hand sanitizing station.

Physically I kept on keeping on, but emotionally I felt scarred.

And mentally, the lack of creativity overwhelmed me. Mind you I’m usually the one around our home who annoys nearly every other family member with my constant flow of ideas and creativity and projects. So I thought about the characters I’ve created and lovingly tucked away in my desk but I had nothing. Zero. Nothing clicked. Nothing gelled.

So I reviewed the prompts again,

ate half a bag of chocolate,

and felt defeated. I mentally waved a white flag.

I loathe defeat; however everything in the past eight months has felt like utter defeat. Or to be exact utter defeat wrapped in a moldy bun sprinkled with DDT and served warm.

It’s not normal for me to feel down or gloomy. I don’t make it my goal but I’m used to annoying some people with my positive outlook. I try not to but it’s the way my brain is wired. Or it’s the way I wired my brain. Anyhow as I worked for some normalcy I trudged through the muck of 2020, struggling, as so many others have, through a new un-routine routine. What once was an early morning shower became an after work scrub down.

So after work I lathered with Dial soap and knocked down the shower shelf. While I picked up the half a dozen disposable razors my first thought was why are we saving all these razors? Second and more importantly was I know what to write.

“Write about a character arriving in a place unlike anywhere they’ve ever been.”

I’m that character. I have arrived in a place unlike anywhere I’ve ever been.

As far as I know, I’ve lived here on planet earth my whole life. It was a pleasant place with green grass, tall thick trees and happy children. But in the year we’ve designated as 2020, the earth isn’t the same. It’s foreign and horrifying filled with daily lies. I feel like I’m living on a bowl of putrid gelatin shaking and quaking moment by moment. My place in this world is unlike anywhere I’ve ever lived before because this is the first global pandemic. I’ve every hope scientists will help us successfully fight and overcome this dreadful virus by producing a safe vaccine. However in this turbulent time I sometimes dream about using the “fight or flight response” and picking flight. I would jump into a magical spaceship and go…

Meanwhile, as the soapy water swirled down the drain, I squirted the hair conditioner in my palm and I knew I was wrong.

I’m not the character. WE, all the human beings, are the characters arriving in a place unlike anywhere we’ve ever been.

We are the characters.

We are fighting a two-fold war.

One battle is with a submicroscopic viral pathogen.

The second battle, tragically, is with lies and lies and more lies.

And yikes our planet earth, third from our sun feels as though it’s turned been upside down, shaken vigorously, shot, pepper sprayed, burned on one edge and water hosed on another. On our planet, right feels wrong and wrong feels really, really wrong. We are all stuck in a place unlike anywhere else we have known.

Unless of course you own (or rented recently) a time machine, turned the dial to say the year 1347 and were transported back to perhaps, let’s say the time of The Black Death. If by some miracle, you’re still alive after visiting The Black Death time period, be sure to disinfect your time machine upon your return.

SO arriving in this place, a location unlike anywhere we’ve ever been, life feels sketchy and dark and makes me want to hide.

However, am I wrong? If I check some social media posts I see photos of groups of unmasked people eating in large groups, having parties. Then I think in addition to everything else perhaps I may have lost my mind. Am I’m hallucinating? Are we not living through a global pandemic? Oh yes, unfortunately we are.

I, like most others, am not alone and have made many daily accommodations and changes in response to the pandemic. I try not to complain. I don’t like being pathetic. But I have no answers and I don’t like the vast vacuum of unknowns.

Living in this new world of unknowns, I wear a mask (correctly over my nose and my mouth), work behind Plexiglas, clean repeatedly, and then once again.

I haven’t eaten inside a restaurant since…I don’t remember when. Maybe December of 2019?

Honestly, I’ve no conclusion in how WE the characters arrive, survive and can someday thrive in a place unlike anywhere we’ve ever been before.

I do know it’s OK to not be OK with what is going on. It’s OK if you feel like the dark has changed and way more scary. Life is change. You’d really be wrong if you thought any part of this was right. I do know if you need help, ask for help. If you can give help, offer it. You’ll be amazed how good doing good feels. Check on someone. Call a friend, better yet be a friend.

Someone needs you. We need you. You are unique. You are important.

Don’t let anyone; including yourself steal your joy today, tomorrow or in November. Damn them, they’re lucky to have you here.

We are running this and we aren’t going to take it anymore.

I want to see you on the other side, my friend, and we’ll share a bag of chocolate. 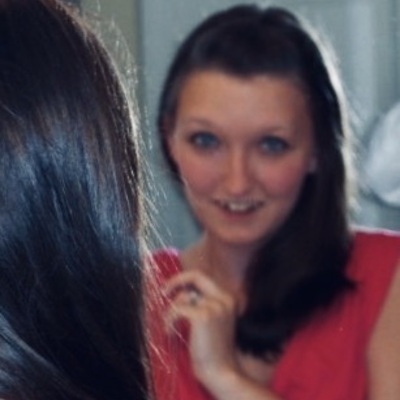 I really enjoyed this because, if I replayed the past couple of months, I could relate to it very easily. I don’t think anyone knows how the story ends, but it was nice to read that I’m not alone. Thanks for leaving us on a positive note, too! Very important after such a gloomy, but truthful topic. Thanks for sharing! 🤗 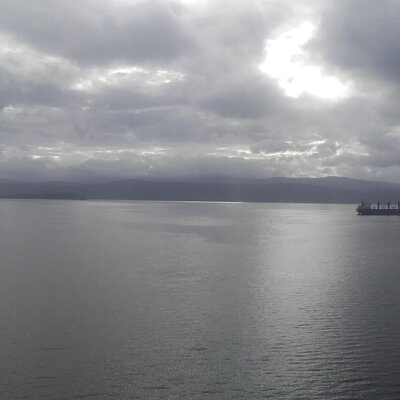 I like the meta approach to the prompt. This was somehow funny, sad and hopeful at the same time :)

Thank you for taking the time to comment. You nailed how I feel every single day, funny, sad and trying to be hopeful. I hope you have a wonderful evening!