Weave all day. Weave all night. Weave every instant of your existence. That’s what the Spider Queen expected of her offspring. The dusty attic, filled with hoarded artifacts from multiple generations of homeowners, was already covered in cobwebs from ceiling to floor, but it was never enough. While the Queen was always eager to teach her children the technical intricacies of preying on flies, weaving transcended the mundane function of hunting for food. It was an art form, the supreme expression of spider skill.

“Master the ancient craft of our kind,” repeated the Queen, “and you will learn to survive. Don’t, and you will forever be the weak link of this family. For the time being, we are blessed with peace from the human world. Should they come disturb us however, you must be prepared.”

Aria simply assumed that’s what her life would be like. She would do like all the other spiders and weave away in the safety of the attic, where no one ever came. Indeed, not a soul had stepped in the gloomy room below the roof in years, and the arachnids were therefore free to wander it as if it was theirs to rule. They had some company, of course. The wooden planks covering the walls had played host to termites for a while now, and there were occasionally red ants crawling on the floor.

Aria’s main companions, however, were boxes. Dozens and dozens of boxes were stacked right on top of each other into tall columns, to the point where they formed a giant metropolis for Aria to explore. She loved climbing the sides of the cardboard and venturing into the depths of the cubic structures, discovering new items with each new compartment.

One box contained jewels and trinkets, almost overflowing with bedazzled necklaces and bracelets. Another contained old-fashioned stained-glass lamps, which Aria used to stare at her reflection. The most fascinating box of all, however, was one into which she fell by mistake. As she weaved a web along a longitudinal beam supporting the roof, her silk inexplicably broke, and she soon found herself crawling on a pile of papers bound together. It was a book, although she did not understand it at the time.

The object was quite puzzling to her. There were many images on the cover, pictures of worlds she could not even conceive: trees, mountains, streets, even outer space. These all escaped her understanding, as to her, the world was the attic, and the attic was the world. She had to know more, to know what secrets were inside the pages. After carefully weaving her silk around the cover page, she pulled with Herculean strength at a spider scale. The silk broke. She started again, and again, and again, until the first page finally revealed itself.

There were more images, this time with strange symbols beneath. The symbols were letters, and they formed words. After reading them many times, she successfully learned to associate the words with the pictures, page after page.

After reaching the last page, Aria had built a strong sense of vocabulary. She now needed to put these words into sentences. Fortunately, the box contained three other stacks of books for her to learn. An illustrated children’s fairy tale collection lay on top of the pile to her left. Over the course of multiple days, she read through it and understood narratives. She then moved on to the top books on the other two piles, young adult novels that took more time but were definitely worth the effort.

Every time the Queen’s attention faltered, Aria jumped on the opportunity to visit the box and read some more. Soon, the books had all been read, and she craved more, so much more. What if there was another box somewhere with volumes waiting to be read? Aria searched, but in vain. She fell into a deep lethargic state, barely able to weave anymore, longing for the stimulation that had now been denied from her.

Fortunately, the day came. Vibrations were felt along the floor of the attic. All the spiders went into hiding, although Aria was not sure why. She picked the book box as her spot and waited.

A trap door opened, and a woman with glorious red hair came in, sneezing from the clouds of displaced dust.

“We really need to clean up this place once in a while,” the woman declared.

She looked into every box, perhaps searching, just like Aria, for reading material. They both found it in the same place: the redhead picked up the spider’s favorite cardboard cube and appeared satisfied by its contents.

“This will be perfect for the book drive! There you go.”

Seconds later, Aria and the box were being carried away. To where, she did not know.

After many hours of being transported left and right, the box finally settled. Aria deemed it safe to carefully venture outside. The surprise was immense: she found herself on a library counter, staring at endless rows of books lined up on hundreds of metallic shelves, more than she could ever read in her lifetime. Was this a sanctuary of knowledge, a safe haven far away from the dusty attic where she had been condemned to weave forever?

Words could not express how exhilarating her presence in the library felt. No more hiding from the Queen. No more longing for something she couldn’t have. It was all right here. The sound made by her minuscule eight legs as she tapped along towards the edge of the counter seemed to echo against the walls; the sacred space was so peaceful that the slightest of noises could cause a disturbance.

The young spider immediately crawled along the walls towards the shelves, reading at a breathless pace the countless titles on the volumes’ bindings. Moby Dick. A Farewell to Arms. To Kill a Mockingbird. The possibilities were infinite, and she did not know where to start.

The answer was obvious. In the middle of the room was a gargantuan golden book resting on a shiny lectern, bathed in the sunset light filtering through the stained-glass windows. Whatever the opus was, it must have been very special. She instinctively flung herself with her silk towards the lectern and reveled in the multicolored rays of sunshine. This single moment was the greatest of her life, the one that heightened all of her senses to new peaks. Then the unexpected happened. Just as Aria was about to discover the contents of the golden book, the Librarian spotted her and smashed her with a copy of Don Quixote.

Aria spent no more than five minutes in the library before her untimely demise, yet these five minutes were more wondrous than the two years she had spent in the attic, and certainly more exhilarating than the years of desperate yearning she would have spent there had fortune not decided to let her out. The destination was fateful, but the journey had been worth it. Her thread of life could not have been weaved any other way. 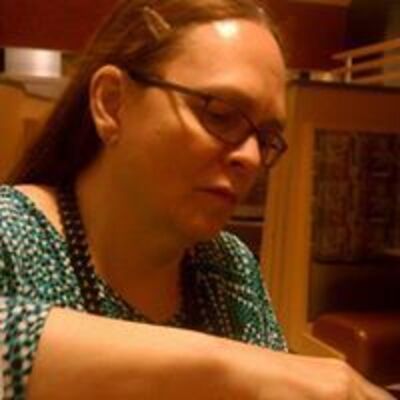 I loved the story from the spider's point of view. Its a concept I hadn't thought about since I read Charlotte's Web. Your descriptions are evocative and paint a mental picture. Your proof reading is excellent. I enjoyed the twist at the end. It was sad but satisfying.