The House that Jack Built

The House that Jack Built

It sounded like a dream home. My husband was out of town, we had been looking for a Mid Victorian home for what seemed forever, now it seemed I had found one. I called Smith Realtors, the agent was willing to meet with me that afternoon. I called my husband and told him about the house. He was stationed in Iraq, so it was my decision alone to make. He was due home in less than two weeks, so I had a great many things to do rather quickly. Our apartment was no problem to rent out, so...

I followed the directions the Realtor had given me. My jaw dropped when I saw it. It was the John Ballard mansion. The realtor took me through the mansion, it definitely needed some TLC but it wasn't anything really horrible. I signed the purchase offer that afternoon. The following morning the agent called me to inform me that the offer was accepted. I began packing up the apartment as quickly as possible. The more I thought about the mansion the more I knew it was what we really wanted. The decorative gingerbread and house needed paint. I thought of color combinations, settling on a purple and pink. I could just picture the mansion when it was done, the gingerbread on the outside was going to be pink, purple the main color and pink trim. I called my brothers and told them about the house. Frank, was optimistic and would help me move. Booby well Bobby was at best fatalistic but after some pleading and prodding on my part agreed to aid me in the move and the larger projects. Frank, took one look and his jaw dropped.

“Kate, Jim is not going to be a happy camper when he sees this. It needs a lot of work, it is

“Frank, I know there is a lot involved but the house is just what Jim and I want.”

Frank, glanced at the three story mansion; scratched his head in a quandary. We entered through the front door, there was gingerbread in real oak all over the house. There was a horrible green wall to wall carpet. The kitchen cabinets had no doors. One out of three bathrooms had running water. Frank, was correct, Jim was not going to be a happy camper. There was nothing I could do about that now. Jim and I were going to require more furniture for such a huge house. We began the move later that morning. I was just packing up the bathroom, when Jim called. He would be home the next day, he wanted to surprise me. Apparently, since he was retiring they decided to send him home early. Now I panicked, there was so much that had to be done. Well at least we would finally have our own home. Jim, was handy and with aid from my brothers it was doable.

Jim's plane was due in at seven in the morning. I was out of bed before dawn. I had to make the bed; I slept on the couch the night before. I could not locate the sheets and one of the bed slates. It was going to have to wait until I brought Jim to our home. I saw the plane land and ran to meet him, unfortunately he had to go through the metal detectors and all the other items on his check list. He was genuinely surprised that I had gotten out of bed and was on time.

I drove from the airport directly to the house. Before I could get the words “welcome to our new home”: Jim's jaw dropped, his eyes bulged out of his head.

“What in hell is this Jan? Please don't tell me this is house you bought. We used to throw

rotten eggs at old man Ballard's house every Halloween. I can't believe you bought this

I could feel the tears welling up in my eyes:

“Jim, honey I thought it would be perfect for us. Yes, it needs work but it will be beautiful

when we are done. I was planning to paint the exterior deep purple with pink trim.”

That was the wrong thing to say.

“Are you crazy? We will be the laughing stock of this street”

“Jim, those are colors of the old Victorian homes. The house will grow on you.”

So much for the initial shock. Jim, with his duffel bag slung over his shoulder stared at the flowered wallpaper that was peeling. The rug topped the whole horrible scene. Thank heaven my brothers had such good timing, they arrived before he went up stairs. I knew he hated the house, I just did not realize how far that hate would go. He went to take a shower and the blue words began to flow. He had gone into the wrong bathroom. I told him the one on the first floor, not the second. He stood there with the faucet in one hand and righteous indignation on his face. My brothers trying to be helpful:

“Hey, come on Jim put the faucet back on and go use the other bathroom. We are still

unloading things from the apartment. It has a good foundation.”

That did not help my cause one bit. I somehow had to make Jim love this house the way I did. I went to turn on the water in the kitchen; some sort of brown slime came out. I screamed, Jim came running with his towel wrapped around his butt, Frank and Bobby came running from the second floor. Jim, finally simmered down, then sort of laughed. This was progress.

The next week, the four of us worked on the house. Jim, still hated it. I began painting the trim pink, while my brothers and Jim painted the deep purple. I loved the gingerbread trim. The more Jim, snitted and fumed, the more I knew I had made a mistake. I was out in the backyard painting the porch floor, a dark gray. I was admiring the progress when something slithered across my foot. It was a huge black snake. Now the hysterics began. I hate snakes then Frank saw it:

“It isn't poisonous, that is a black snake, they keep the rat population down.”

That was more than I was willing to endure. Jim, was still grumbling especially about the landscaping we had to do. He had not even set foot on the third floor; which was fortunate for me. He was already mumbling about a small hole in the roof. Wait until he saw the attic, with the gable that had a large hole.

This was not what I had in mind, when I bought it. I saw a lovely Victorian gazebo, with flowers planted in the style of a Victorian garden. This house was the home I always envisioned. Jim, had too. I could not understand what the issue was. It would take time but it would be wonderful. Jim, at one point called it the house that Jack built. I am not sure why, there are several reasons that come to mind. Like the time the roof leaked, we had pots and pans in every room. Perhaps it was the musty odor in both bathrooms. It could have been when Jim was putting in the new shower on the second floor, finding himself standing on a very narrow floorboard with nothing to really support it, although that was before the claw foot bathtub plunged to the cellar.

Jim, and I stayed there for two years. I could tell he hated it the entire time. Then the company he worked for transferred him, since he requested the transfer. We sold the house to newly weds. I hope they never figure out it was the house that Jack built. 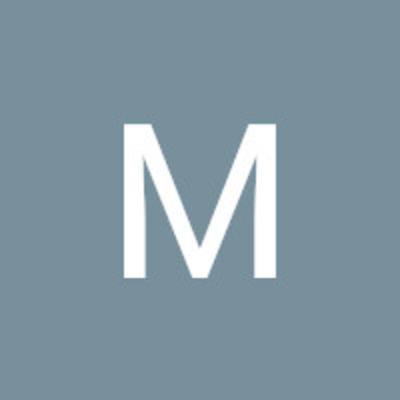 I like that Jim is an expressive character and does not hide his hate for the home. The story really depicts a real life situation and it helps to get a feel of it before it actually happens. Now I know that people do disagree in relationships and the solution isn't to back down and keep your opinions shut down but to work on it together. It's a nice smooth story. 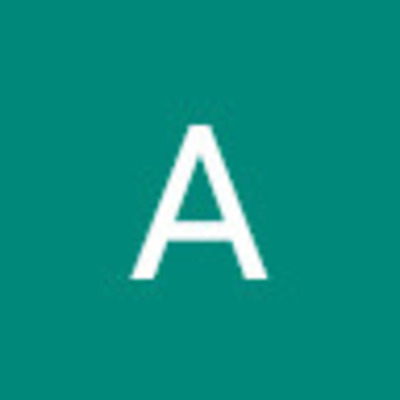 I admired the character's optimism and willfulness in this story. I also liked that she made an impulse buy on a fixer-upper mansion because it seems like something I would do. I noticed a few grammar mistakes like run-on sentences and misplaced commas. For example, you don't need a comma after a name if it is the first word of the sentence unless you say something like, "Frank, optimistic as always, helped me move." However, it was correct when you said "Jim, those are the colors of Victorian homes." Commas can be hard, so it's just somethi...

Amelia, thank you. I am still a bit rusty with grammar and punctuation, both of which I learned over fifty three years ago. I appreciate you recommendations I think of the grammar rules must of have changed from over fifty years ago. That is not an excuse, it is a fact, or I could have not paid much attention in English. If you get a moment would you mind reading Golden Eye, this is my first attempt at writing a thriller.