Submitted for Contest #59 in response to: Write a story that feels lonely, despite being set in a packed city.... view prompt

He rolled around in bed. Tossing and turning pulling the covers over him. It was 6 in the morning. Did not want to get up but the alarm went off. Hit that snooze button 4 times already. It was time to get up. He knew. He wanted to lay there all day long that king sized bed was calling his name like a mistress. Beautiful day out this was the day to stay in. But he could not afford to be late or take time off anymore his boss had warned him countless times. Could not lose this job, did not want to lose this job it was the only thing he had. It was a menial job but it paid the bills and kept a roof over his head. What more can you ask for? He had a typical great day yesterday making all kinds of bad decisions. He always rued the decisions he made the previous day. Why did he act in such a destructive way? Who knows. He stayed up all night listening to music watching television having a few beers. Feeling good. But it was a bummer getting up in the morning. Headaches , feeling woozy, throwing up.

He sat up and looking at his phone he better get a move on it. Time to make those donuts. He brushed his teeth. Washed up. And put his clothes on. Made breakfast and sat down to eat. Turned on the television. For a quick second. The news reporting on suicide among kids and cyberbullying. The numbers are going up. Sad, shook his head. Thought about all the kids going through things like pain , bullying the pressures of growing up in this world. We are all going through something. He thought about it too, many times. Glad he did not do it. His life was not all peaches and cream but he was glad to be alive. No girlfriend , dead end job no friends but he was still standing. Thankful he made the choice to keep pushing on. He looked at the clock enough of this reverie it was time to go to work. He headed out of his apartment. Saw a couple of strangers pass by. They did not acknowledge each other. He saw people come and people go. The neighborhood was in constant flux. New people coming in and those same people leaving. He had lived there for 5 years now and had not made a friend or a talking partner. Not that he cared but he did want a girlfriend. He wished that could happen.

Every day the same routine as he walked the neighborhood, head down and not a word to another person. Did not want to be seen. Hoodie pulled over his head. Taking his usual route to the train. So many people liaising around this summer day. Sitting there with nothing to do. He saw them every day there doing nothing idling the day away. He did not look down on anyone but he could not sit all day long doing nothing like they did. He had to move and get things done.

He got to the subway station. Bought his unlimited card from the kiosk. Paid with his credit card. He got on the platform during rush hour. So many people and no heat he was sweating profusely down there. Morning time everyone trying to get to work. No seats available so he stood the entire ride. Panhandlers and smelly people. Usual day in the transit system. Bumped into someone and said excuse me. Man did not even wake up or budged from his snoozefest. Got to be careful so many crazies around. Oh no he thought. As a bunch of kids started yelling showtime showtime. He knew what that meant. He moved to the other side of the train. Did not want to get hit with any flying kicks by these acrobats. Everyone has a scam. Everyone has a hustle. He said excuse me and wiggled his way to another spot. Train was held up. As the conductor did not say a word about the delay. Ten minutes gone by. He was losing his patience. He looked around at his fellow straphangers. Did not focus his gaze on no one in particular. Wrong thing could set anyone off in this crazy world. He looked around. Finally the train doors closed and the trains started moving. He had a few more stops. Finally he thought. I have arrived. He gets off and has to dash for his job. Running frantically like he was Barry Sanders. Gets there in the nick of time. Two minutes to go before his scheduled shift at 9am . He works from 9 am to 5 pm. That is his shift.

Usual day, packed during morning hours and during lunch break.

The rest of day smooth.

Nothing out of the ordinary today people coming before they started work and then for their office lunch break. He was used to the customers as they had been regulars for so long. He did not make chit chat with the customers. He took this job seriously. Took their order and gave them their food. Sometimes you get a celebrity because of their location but he did not bother anyone. He Took the order and gave them their food. That was all he did.

He did not have a relationship with any of his coworkers. They were mostly Spanish men and he did not speak the language. He did not hate them. He did not have the same interest. They were family men with kids and wives. Nothing to talk about. He loved sports and movies, television stuff like that.

It was 5pm. Time to go. He got off work with nothing to do. He did not want to go home today wanted to hang out. Make some trouble. Sometimes he went to the museum to look at some paintings. Take a walk around but on this day he wanted to get into something maybe go to a club or bar and get some drinks. Hook up with someone. It was kind of early for the nightlife scene so he headed into a movie theater and caught a flick. He was a big comedy fan and he heard good things about that new Eddie Murphy flick he decided to buy himself a ticket and watch it. Sat down with his $20 popcorn and $20 soda. He loved the movie theater it had reclining seats. Looked around, strange it was kind of empty. He enjoyed it this way no one asking to squeeze in to their seats no one on their cell phones. Being rude and talking to the screen. He sat back and laughed and enjoyed himself.

After the ending credits he looked at his watch and saw it was 9pm. Cool. Nice way to kill time. Time to get into some fun. He jumped into a bar around the corner. He was more a solitary drinker so he did not know the hot spots to hit. He went in showed his ID to the bouncer and got in. He scoped the scene looking for some nice beauties. Sat down told the bartender to give him a martini. He drank it real quick his mind was freer and more loose when he consumed alcohol. Drank another one right after that one. He was trying to find something attractive. A little pigeon caught his eye so he approached her. Young , blonde model type.

He did not press the issue. He moved on. Went back to his stool by the bartender.

The bartender noticed what had transpired but did not say a word. Did not want to embarrass him but as soon as he sat down place a coaster and another martini in front of him. And told him " this one is on the house".

He drank that one even quicker than he drank the first two. Trying to hide the humiliation. Now staring at the door he was desperate for anything to walk in. Move on from that moment.

He kept ordering his martinis and finally after an hour he saw something nice. He let her walk in and sit down about ten feet away from him. He went and strolled by her and asked her her name.

"Yeah my name is"

She put her hand up as if to say please. Gave her the hand and the head roll. He went back to his seat. Humiliated and broken. The bartender saw that and gave him another martini. He drank it and decided this was going to be a bad day. He gave up and ordered drink after drink. Getting hammered was going to be his modus operandi this day. The bartender told him he was going to cut him off and call him a cab. But he interjected and told him he wanted to feel lousy this night. Keep pouring them until i am blacked out drunk. He did as he was told he was a bartender not anyone's parent.

After 1 in the morning. He decided to call it quits. He paid his tab and went outside to see what was going on. He was wobbly and stumbling. He tried to turn the corner and catch the train but he fell flat faced into the garbage outside. The bags of trash broke his fall and he lay there all night long. People walked by no one noticed him or paid him any mind. He lay there knocked out all day long. 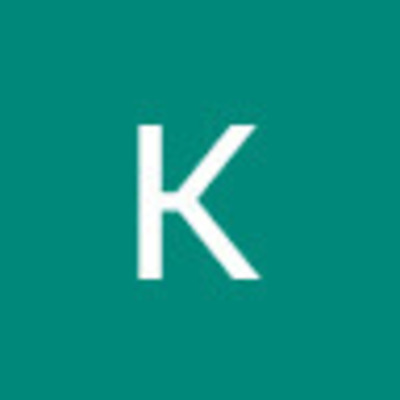 This story definitely leaves the reader with the feeling the main character is lonely. I can't help but wonder if this is the plight of many young people trying to cope with the current world situation, as well as living life as a single person. I enjoyed the story in as much as it was thought provoking. A few key points to consider to polish your technique so the story flows smoothly: There is a place within the story where it jumps from past tense to present and then past again. It is a common mistake I, myself, have had to watch for. Als...

Thank you for taking the time to read my story. I will definitely keep all your points in mind. I have a lot of stuff to work on and you are right punctuation is one of my weak points.