(Write about a couple who have just moved to a place that one person loves, and the other hates.)

How is it that one gets to choose when they are two... who must act as one?

Why must the equation become so unequal?

It could be either direction, the demanding shrew or the overbearing bully but it happens far too often.

My case in point involves Henry, a strong independent Germanic temperament male, a bit of a bully and a curmudgeon, for sure, and Joy, a strong figure in child rearing and employment but a doormat in marriage.

As I have observed them this late in their lives, I would describe Henry as antisocial, a practical guy, a hands on kind of fella and stubborn to a fault. Joy on the other hand is currently floundering as their sons are grown, she has retired from very respectable employment and currently feels frustrated and useless except for the work, she still does her half.

As long as life was doable, they have coasted along with minor squabbles in which Henry always won. To Joy, there is no joy in battles and he is after all a mule headed stubborn bully.

(I think I need to interject here that they truly love each other or the problem would be much more easily solved.)

Joy adhered to the theory that in life you are either a giver or a taker, and it seems by nature the takers always win and to be even more honest, the takers never seem to notice they are unfair. Their fork always goes to the best or biggest or most tender slice of meat before passing the platter to family. The family vacation must always include fishing. Family reunions never include him and ….well, the list is long. In summary, the taker is not even aware that their behavior is so unfair.

They have come to a point in their lives where something major must be done.

To Henry it is crystal clear….do nothing!

To Joy it is crystal clear...we MUST do something!

Back in the eighth year of their marriage, they scoured the countryside looking for land mostly, but with a livable house that they could improve over time. Henry’s requirements were simple, well, never simple really, he wanted a runway, you know, an airstrip, he wanted shooting ranges and woods to hunt. Joy wanted out of the city, to stop flushing their money down the renters hole, and a place of freedom to roam about for their two sons, and of course a decent house.

After much looking they found the perfect home. Believe it or not, it had it all! The forty acres had pasture and woods and a very decent house.

Keeping in mind that they were not farmers, Henry had lived his whole life in a large city and Joy, at the edge of a small town, the two had no clue of the hard work ahead.

And so it began, child raising (by now they had three sons), gardens, orchards, hunting and flying. Life was good! very good in fact.

They raised a few beef steers for meat, they kept a goat for milk as the boys sucked up milk like little sponges, and the gardens and orchards fed them well too! Firewood cut each fall for the winter heat in the wood stove. (Can you sense or feel the labor? It was intense, but they were happy.)

Today we are considering life for Henry and Joy after fifty seven years of marriage. Their sons are middle age. Henry is late in his eighth decade of life and Joy a few years behind him.

They are still on the forty acres. The gardens have become potted tomatoes on the deck, the orchards still get worked but it becomes a struggle, no animals live here now but the winters are long, the snows are heavy, the roof needs raked when the snows are deep, the sidewalks need shoveling and life goes on BUT it becomes harder and harder to say, “Life is good!”

Henry is bent and walks with a hiking pole as he will never admit to needing a cane. He has horrible arthritis and a few other minor health issues and he is almost deaf.

Joy is finding life extremely tiring to keep things nice. She will not give up on wanting a home that is admired so in summers she mows about six acres of lawns, and still performs all of the necessary work but it takes twice as long.

Early morning finds the two of them, each sitting on opposite sides of the bed, joining in a chorus of woe as they moan and groan and complain about the failed body parts that wish to be acknowledged. It becomes apparent to anyone with eyes or ears that this cannot continue.

Joy is looking for a retirement community.

Henry refuses to leave his land. He can no longer walk the land or hunt but he rides his ATV even to get the mail. He is willing to let the place go to weeds and the house fall around their ears, he will not leave! His airplane sits in the hangar needing work, it doesn’t fly but he will not sell it. He has two pickup trucks and four tractors, he will not sell them either. A nice fishing boat that hasn’t been in the water for two years but maybe next year. He is so ridiculously stubborn.

Joy wonders how to save them. She cannot leave him at this point, who will look after him?

Henry is adamant that they don’t need saving! He feels they are safe here. What would he ever “do” in a retirement home.

The sons refuse to take sides or enter the fray!

Joy threatens to leave without him and he just grumbles…”Go ahead then, leave me, if that’s what you want!” It hurts Joy to know he doesn’t really care if she leaves. It is a sad scene.

I will go back to my original premise….

How is it that one gets to choose when they are two... who must act as one?

In her journal Joy writes...

“I should have left him long ago, he is a bonafide taker! If you look up TAKER in the dictionary, there is a photo of Henry!” Takers always win. I will find him some morning or night laying dead somewhere and then I can move!

I love the character descriptions you achieve here, and they fit the prompt wonderfully and creatively. The only note I have is to reread for small grammatical/mechanical errors (such as capitalization of "very" and use of the semicolon when necessary). But, those are minor fixes. I'm excited to read more of your work!

Thank you. My stories always get ahead of my grammar. I will reread. Thanks again! 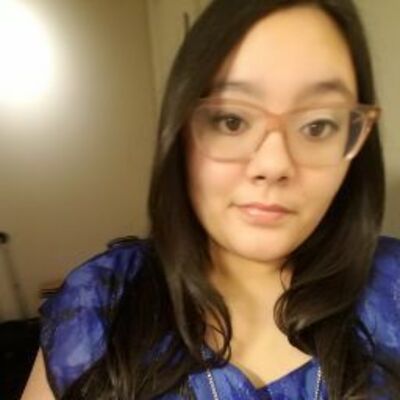 Good story, I thought it had a pretty creative premise. I liked how you described each character in the beginning. Especially when it comes to Henry. I would just develop each scene a bit more. Just for that, there's a bit more weight to the ending. Overall, a good story with a creative premise.

Many just like stories. I hope they really read them before liking! I hope you do! Thank you for the likes! 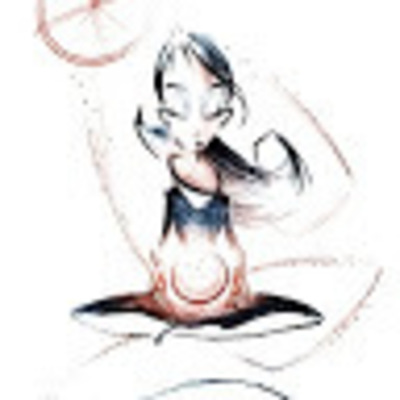 Hello! Your story came up for me through Reedsy's "Critique Circle". It was a pleasure to read. What stands out to me is the strong character development. Painting a detailed picture with so few words is no easy task, but you've constructed the images so thoughtfully that I can absolutely visualize the couple. Thank you for sharing your work. :)

Thanks for reading. AND commenting! So few do. I felt this couple. Like so many we see in our lifetime. Aunts and uncles or parents or even ourselves. Perfect marriages are two givers but that seldom happens. Thank you again!

Wow, this was really creative! I loved it! Just one thing: At the beginning of the story, you did a good job keeping it in past tense. However, in the middle of the story you turned to present tense. It would be a good idea to check the story over again. But, this was still really good. Great job!

Thanks I will go back. This story does begin in the present go to the past and back to the present but I did rush it,,thanks.

I’ll be going over it again. It is a weakness of mine. Tense confusion. Thanks

Okay! Yes, it's complicated for me, too.