It can’t really be helped, what you just went through is pretty shocking. Although, to be honest, it’s actually a minor occurrence in the grand scheme of things. After all, life is life, and it just keeps going.

There’s only that minor pause between mortal and after.

No, wait, there’s nothing to be sorry about. It happens to everyone, and it’s not like it’s all that big of a deal; everyone you know will be here eventually, and it’s not a terrible place. Just look at it all- Hm. You seem more unsettled than people usually are.

Sleep for now. Don’t worry, they’ll be here when you wake.

She didn’t remember what the dream was, but as she slowly came to consciousness it felt like it didn’t much matter. This was the calmest she had been in such a long time, and she lay with her eyes closed and a soft smile on her face to enjoy the feeling for just a few moments more.

The bed was softer than she could ever remember it being before, and as she lay she realized that she could, in fact, see.

She could see faint blue, and streaks of light. Not beams, exactly. More scattered than that, and lighter.

Which wouldn’t be strange, except that she hadn’t opened her eyes yet.

Sure enough she couldn’t see the hand she brought in front of her, but it almost seemed like the splinters of sunlight moved in response. She could almost hear it, the ting, ting, ting of the tiny rods drifting into each other, but the awareness of that sound made her notice something else she had not noticed before.

Another sound, a tinkling like tiny bells that simply hearing made her want to sleep again. But, much too curious for that, she opened her eyes with the intent of finding the source of the mysterious noise.

Then she simply laid there, eyes moving slowly around, taking in everything she could. It was bright, so bright, and usually such brilliant blues and shiney whites would hurt her eyes, especially just after waking, but they all seemed so gentle and easy to see now. In the air floated those same shattered pieces of light that she had seen before, still somehow able to pass directly through her but seeming to follow in the wake of her drifting hands.

A soft giggle drifted through the air seeming to come from nearly right beside her, and she turned her head lethargically towards the noise.

Before her stood a short blue figure with practically no distinguishing figures. She would never be able to say exactly how she knew, but she could just tell that the adorable little boy was beaming, and she couldn’t help but to smile back. The laugh came again, and he turned and hopped away, slivers of light drifting after him.

Wait… who are you?

Reaching out, trying to call, she found that she couldn’t quite get her voice to work. For some reason that little boy had taken that ability, her throat felt constricted as if she were going to cry, and all she could do was feel vaguely nostalgic as she watched him dance across the space with those twirling bits of light following after.

It didn’t take long for her to stand and begin walking towards him, and as she did more of the featureless blue figures appeared.

Men, women, old and young, all technically looking the same but somehow, perhaps through their movements, conveying everything she could want to know about them. Each one going their own pace and doing their own movements they gathered, and although none were coordinated it seemed to her that they were all performing some sort of dance. The soundtrack to the dance was their own words, none of them distinct enough to hear, but spoken so softly and kindly that they made a pleasantly warm feeling well up in her chest. Along with the words the figures laughed, the laughs much more distinct; a giggle here, a snort over there, a middle-aged woman positively cackling presumably at something the man beside her had done, and an old man belly-laughing as two little girls used him as an obstacle for tag. Heavenly noises, all of them, because every single one was genuine and sent her wanting to join.

But she couldn’t, because her voice was still stuck and her eyes were still following the first boy.

The little boy was the quickest of them all still, and unlike the others who had formed groups he continued to run alone, dodging in between and around the others like he somehow belonged to the group as a whole but as a separate faction. It made her a little sad, but she wasn’t sure why. He was clearly accepted, and if his spinning and leaping were anything to go by it was obvious he was happy.

She wasn’t sure how long she stood like that, in the midst of the featureless people and their dancing movements that made her want to join them, but over time the little boy circled back towards her and spun around nearby, eventually coming to a stop directly in front of her.

They stared at one another, she could tell somehow, even if he didn’t have eyes that she could see, and then he stepped forward, hugging her around the waist.

It felt right, it felt perfect, but she wasn’t sure why. She looked around at the others, wondering if they could give her some kind of clue, and noticed for the first time that the featureless blue figures had taken on some traits so subtly while they moved that she had at first not noticed them.

The one to her left seemed to have hair in the same style her mother had always worn. The man standing beside that one had the broad shoulders her father had always been proud to bear. Directly in front of her the figure bore an ethereal blue scarf like that of one of her aunts. She looked back at the small boy hugging her, but he looked just as featureless as before.

And suddenly she understood. There were no tears, somehow, but she collapsed onto her knees and hugged him back.

She had never seen him before. Never hugged him. Never even knew his name. But he was hers, she was sure of it.

She was so distraught she refused to hear the gender the child would have been. They had never named it, had never met the child they had been so excited to bring into their lives.

And here he was. She was sure of it. Here, surrounded by her family that had long since passed away. Twelve years ago that happened, and here he was now, having been a part of their family the entire time.

“I love you, I love you,” she whispered, hugging him to her. She didn’t know his name, perhaps he didn’t even have one, but she knew that.

A sob nearly tore itself from her throat when she heard his voice, the very first time she ever had, and she pulled back to look at his face. She could see it now. He had her squinty eyes, and his father’s ears that poked out of his head, and more freckles than she would be able to count in a lifetime.

“You have two little sisters, buddy, did you know that?” She asked, running her hands through his fluffy brown hair- it was the same color as her fathers, and had the untamable quality that ran on her husband’s side. 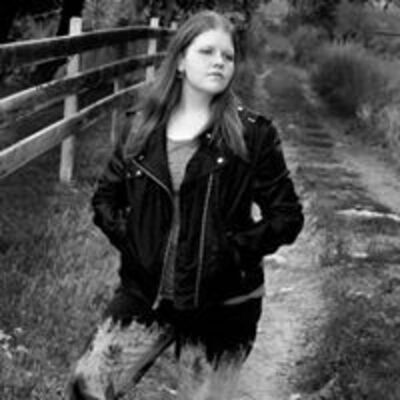 OMG, this is making me cry. Beautifully done! I was not expecting that the boy would be her baby son. Your descriptions are wonderful, Estelle, and the way you wrote this was excellent. I'm putting you up in my bio - you deserve a mention! ~Ria~ Could you please check out my stories? Thanks!