When I was a little girl, my favorite story was Cinderella. My daddy used to tell it to me when I went to bed, always doing the voices of the wicked stepmother and ugly stepsisters. But my mother used to come in and turn out the light, yelling, “There is no such thing as ‘happily ever after’! And, certainly no Prince Charming!” Then would begin one of their many fights. And I would hide under my blanket, burying my face in my pillow, and promising myself that I would find Prince Charming. For me, there would be “happily ever after.”

Aila lay on her coral bed, in tears. Tears really didn’t give her the satisfaction that they did when she was on dry land. Here, at the bottom of the ocean, everything was wet. She couldn’t take it. She couldn’t do it anymore. For the past six months, she had tried. And tried. And tried. Marrying a mermaid was the easiest decision she had ever made. He was handsome, polite, and funny. Aila was in love with him. She knew she was. She knew that he had tried to make her happy. She had tried to be so.

First, they had told her that electricity would not function in the water. She knew that, of course, but she hadn’t realized that she wouldn’t be able to call her friends and parents to keep in touch. It wasn’t only that. Fish and whales came trampling through the mermaid colony, destroying their homes. It was so dark under the water— Aila couldn’t see her husband at all. It was hard to move under the ocean the water was so tense. She had had to give up her job, her family, friends, and comfort to come live with her husband.

But the final straw had come this morning. The mercourt had passed a law, stating that any human who chose, willingly, to come and live among the merpeople would not be allowed to leave the colony. If they left, they could not return.

“He must realize that he’s got to leave with me!” She cried to herself. Oceanus, her husband would be allowed to visit the colony. But Aila knew that Oceanus wouldn’t leave. He was head of the mer-colony of Seastar. He had work that he needed to do, work that would fulfill him. At one point, it could have led to their happy marriage. But not now. She had hoped that they could take vacations, that she and Oceanus could take a few months on the surface, once in a while.

Well, that was that, Aila thought. She would have to leave him. She couldn’t stay stuck down here forever, she couldn’t! She wouldn’t!

She would tell him tonight. At the thought, Aila burst into tears again. She couldn’t leave him! But she couldn’t stay, either. Oh, why couldn’t she have fallen in love with a normal man like everyone else? Because you love him, a tiny voice in the back of her mind reminded her. Well, love can only take you so far, she rationed. Look at my parents.

A knock sounded at the door. Aila quickly wiped her face. “Come in, please.”

Dr. Posydon came into her bedroom. “Mrs. Marine, may I have a word?”

“Of course,” Aila turned to face him.

He came and sat down. “We have reviewed the results of your visit to the office yesterday, and I have some good news. You’re pregnant!”

The doctor nodded. “Yes. Congratulations to you and your husband. You should come into the office tomorrow and we’ll check up on the baby, but I just wanted to give you this news myself.”

Aila quickly pulled herself together. “Thank you so much, Dr. Posydon. I’ll be there in the morning.”

He nodded and left.

Aila closed the door behind him and sat on the edge of her bed. Pregnant! She was pregnant. She broke into a huge smile and began laughing giddily. She was a mother! Abruptly, she stopped. This changes everything. All of her plans to tell Oceanus of her unhappiness and to leave the colony as soon as she could were thrown into jeopardy.

Oceanus would want to help raise their child. But that meant that the child couldn’t leave. Aila was certainly not going to allow her child to be snatched from her forever. That left one option: hide her pregnancy from Oceanus until she was safely on dry land. She could do it.

What about the baby? The tiny voice whispered again. She remembered her parents’ divorce. It had torn her apart. She took out a photograph from her bedside. Her mother and her father, with her in their arms. The only picture she had of the three of them together. That was all she had wanted as a child. A family. A real family, with people who looked out for each other and helped and encouraged one another. The only family she had ever known was travelling between parents’ houses, hoping that they wouldn’t come out to the car and start fighting. Aila couldn’t force that on her child. She couldn’t do it to herself.

You have to choose “happily ever after”, the voice said. Aila thought of her wedding vow. For better, for worse… till death do us part. She had loved that part of the ceremony. How nice it would be to love someone, no matter what happened. To grow old with someone. That was all she wanted. So why are you choosing something else? The voice questioned again.

Aila made her decision. Maybe life wouldn’t be perfect, but she wouldn’t leave her husband. She had made a vow, and she intended to keep it. For my family, she thought. She liked the sound of those words. My family.

Another knock. “Come in.”

Oceanus entered. “Aila, honey, I’m so sorry, I tried, but they passed the law anyway.”

I never told Oceanus about that day in my room. He never asked. Oceanus is now Prime Minister of the Pacific Ocean. He is happy, and I’m happy because he’s happy. Our four children, Aquiiana, Neptune, Reef, and Coral, are thriving under the sea. It was “happily ever after” for me. I made it so. I hear his footsteps in the hallway. I turn around to greet him, smiling wide, my hands on my stomach. “I have some news.” 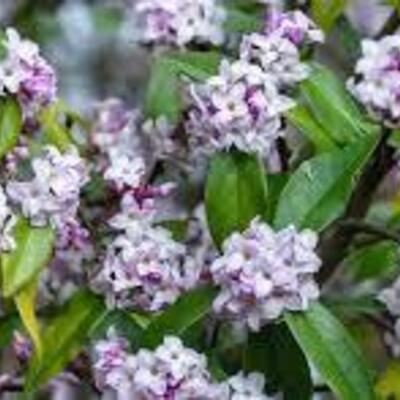