Submitted for Contest #59 in response to: Set your story in a place with extreme weather, but don’t use any weather-related words to describe it.... view prompt

It was a dark and screaming night.

Autumn drove into town under a sky that could’ve put Noah’s ark to shame.

She arrived empty-handed but fully capable, thank-you-very-much. She arrived with her hair like fallen leaves and eyes like burning, and she brought with her the shades of sunset. When she arrived, so did the colors.

And so did the howling. It came at night to rattle the windows and chill bones. It broke tree branches and slammed doors, and it battered the ancient tree in the town square until its creaking could be heard all through town.

She was beautiful, all fierce reds and vibrant yellows, but she spoke with a voice like decay.

The people with their houses of wood and brick took shelter. Autumn took her chance.

When they were all safely inside, she smiled on the world.

The leaves looked golder under the rays, the air less harsh.

The townspeople rejoiced in this rarer air, and when they turned their faces up to the sky, it beamed back.

Autumn lured them into complacency, and they swallowed her multitude of colors greedily, with reckless abandon.

They drank their cider and ate their apple pie. They enjoyed their bonfires and hay rides and haunted houses. They hosted their harvest festival.

Mrs. McKinney made her world famous (or at least family famous) pumpkin bread to bring to potlucks, and her son Johnny became a hometown hero under Friday night lights.

Sally Turner left for college, the youngest of five, and her daddy was never quite the same.

Mayor Duncan accepted his reelection with pleasure, and the whole town waved goodbye to Autumn from the town hall. They watched as she packed more than what she had brought with her into her cherry red corvette, eyes shining.

She went out with a bang and a blur of colors.

Winter hitchhiked to get there. She arrived with eyes like marble and hair like ash, with jagged teeth and a hoarse voice. She was harsh from the beginning, unapologetic as she stole the breath of anyone who stared her down for too long. She did not pretend.

The night that she arrived, she made sure to cover all of Autumn’s colors in a blanket of white.

The sky spiraled downwards, swirling in the air as it howled. Autumn could whine, but Winter could scream, and when she did, she brought the sky down with her instead of just leaves.

No one drove anywhere the next day.

When Winter breathed, the air she exhaled had teeth of its own. Her breath was cruel and biting, and when she cried, the town cried with her.

Winter brought with her a suitcase full of every bad thing she’d ever done, cradling each one in her gnarled hands as she unpacked.

Johnny’s sister fell through the ice that year. Mrs. McKinney did not make it to the Christmas party with her world famous bread pudding, barely made it to the kitchen to find a glass bottle full of whatever burned most on the way down.

The town met then, too, but this time in remembrance rather than celebration, and when Mayor Duncan gave a speech, he coughed himself hoarse. Winter came with Pestilence in her pocket.

But her wallet she saved for softer things. There were snow angels next to her credit card and a toboggan sled in the space next to them.

In her coin pouch, the word hope had crystallized.

When Spring came, the bounce in her step put Winter’s creaking joints to shame.

Her eyes were the brightest green that the town had ever seen, and the birds sang with her. As she checked into her motel, the gently falling sky which had pooled in the gutters reflected a kaleidoscope of colors as the horizon smiled down.

The town got together again, and it was tentative, but Spring stayed in the corner the whole time to give them gentle air, their own piece of the sky, and they began to smile with her.

When the children received a week off in the month of March, she showed them how to love Winter as it melted and how to look for the first flowers to take its place. They learned from her how to look for robins and colorful eggs and nostalgia that was bittersweet.

Johnny McKinney decided that he liked track as much as football, and his mother never missed a meet.

Mayor Duncan’s daughter took her engagement photos in a meadow full of flowers, and when she thanked Spring for making them great, for making them beautiful, Spring laughed it back at her in a voice that sounded like returning home. I don’t make beautiful things. You choose to see them.

Yes, the townspeople quite liked Spring.

Summer came slowly, and she rode her bike the whole way.

When she finally arrived, her cheeks were flushed and freckled. Her arms were tattooed with bright drawings that the townspeople never quite figured out, but it didn’t matter, because she came with the kind of innocent recklessness that made them forget to question it.

She came with nothing but a beach bag in the basket of her bike.

Summer was smiles so bright they burned. She was fast heartbeats and heat and hope.

When she was angry, though, the next three towns over all knew it.

She could scream right alongside winter, but when she did, it was light from her eyes that started fires, sobs that shook the foundations of houses, and tears enough to overflow the lakes.

All that righteous fury would leave as quickly as it had come.

When someone was finally able to calm her down, when she saw that the kids off of school were huddled in their houses scared by her screaming, her smile came back in an instant, as bright as if it had never left.

They watched fireworks light up her sky.

Sally Turner returned to be with her father while Summer was in town. Like Summer, she was all soft smiles and softer hugs. Summer treated her well.

When it came time for both of them to leave again, it was less bitter, more sweet. Summer knew not to overstay her welcome, and Sally knew not to say goodbye like it was final.

So they both went together, and when Sally held her father in her arms, it was not an ending.

Summer took the sweat and sunscreen with her, but not the smiles, and as they both left, her voice rang out sweetly not with a farewell, but a promise.

I'm still debating whether I like this one better than your ghost story or not, it might be a tie. This one is wonderfully unique. Personifying the seasons made them seem so fresh, and I love how they interacted with the town's people. There isn't much for me to critique in this one (and it's probably a little late to help out, since the contest already ended :( ), but there was this one line: "Spring laughed it back at her in a voice that sounded like returning home." I think this line is beautiful, my one thought was: "Spring laughed i...

Oooh I love your suggestion there! I think Autumn would have to be my favorite, too. I love the season, personified or not. (: Thank you so much for taking the time to read and comment on this! 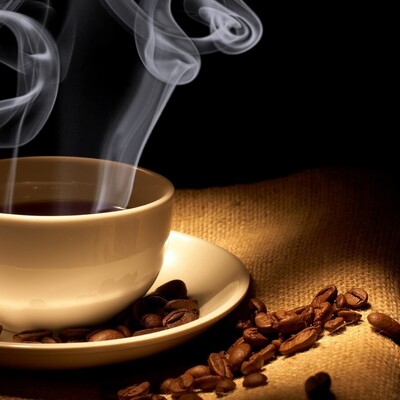 "In her coin pouch, the word hope had crystallized" was my absolute favorite line. Not only did you master the use of brevity to tell a story with a world of other things the reader can see behind it, but it's really cool how you anthropomorphize the seasons (as opposed to personification). The way the story just moves so quickly with the way you describe the passage of time, somehow never quite mentioning it as time but all the same definitively portraying it with the changing of seasons is wonderful to see at a point where the world seems ...

Oh my goodness, thank you so much! Your comment captures perfectly what I had hoped would be the spirit of this story. You noticed nuances that I wasn't even sure I conveying clearly as I wrote, and I sincerely appreciate your kind words. I'm delighted to hear that you liked the line about hope! I had a lot of fun with that particular section. Thank you so much!

You know what, I didn't realize it, but I came back to read your story again, and I think it was your work that subconsciously inspired me for my submission for the Post-Apocalyptic prompt! Hahaha I was rather stumped, so I owe you a thanks as well! :)

Yours is a gorgeous story! I left more of a comment there, but I’m honored to hear that my story stuck in your subconscious!

Wow! This was so amazing! I love how you personified the seasons. It was super unique and I honestly don't know if I'll see the seasons the same way :) I'm here from the critique circle but I honestly can't think of anything I would critique. Your writing flowed, it felt innocent and natural...it was just all-around great. I am so excited to read more of your works! And would you mind reading one of mine :)

Thank you so much! And I’ll be sure to check out your latest story (:

"It was a dark and screaming night." Lovely homage to "It was a dark and stormy night" "Christmas party with her worldfamous bread pudding" unlike German, where any two words can be compounded into a single whole, English prefers a hyphen, "world-famous" This is a tell story. You pack an entire year into a little over a thousand words. And that leaves little space for expanding the scenes. I'm in the wait to edit phase of my own submission- for this exact prompt- and one phrase is nearly identical, but nothing else is similar. You do ...

Once again, thank you for the insightful critique! It was interesting to hear that you liked this less than “Here, There Are Ghosts” because I absolutely agree. This one was much easier to write, and it has fewer issues, but even as I was writing it, it felt like it had less substance. Thank you for catching the typo in “world-famous” and generally for taking the time to read this and offer feedback.

This story is ingenius! I love how you not only personified every one of the seasons, but described the weather with such detailed metaphors. I wish I could write such beautiful metaphors so vividly and eloquently. You really have a way with words. I loved every sentence and every word that I read. Keep up the great writing ;D

Thank you so much! I’m still a little insecure about writing anything for fun, so your kind critique means a lot. I wasn’t sure if this was too weird, so thanks again for the feedback <3