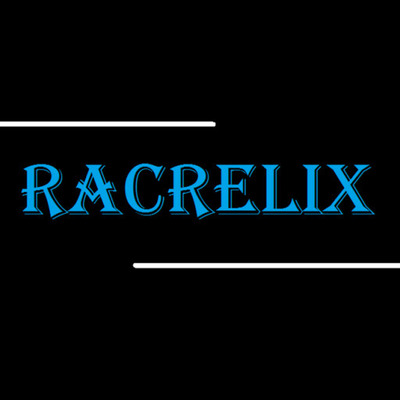 Our family would always go on Christmas vacation at our house by the countryside. It was a rather spacey, two-storey house beside a large lake. We would usually stay there for about two weeks' time. The place was just near the outskirts of a rather small town called Moresville. The first time we visited, there were already few people living there to begin with, but in recent years, the number of people there dropped even more.

Of course, having said that, we went there again this Christmas. But little did we know that this year, our Christmas was going to be slightly different from any other we'

"Everything should be fine, I had an electrician check everything out a few days ago." My dad answered.

Almost every year that we had been at that house, the power would just suddenly get cut some time during the night.

"Let's hope not dear." My mother said, patting him by the head.

The first time we went to that vacation house was three years ago. At that time, I was just around fifteen years old and was really excited to be staying at a new place, even though it was only for the duration of Christmas break. Dad told us that we could hang out outside up until sundown, but, me and my two brothers ended up playing until it got dark outside. He got so mad that night that I honestly thought we weren't going to be allowed to go outside the house anymore.

That same night, after having talked with our mom, they called the three of us for a story telling session by the living room fireplace.

The story they told us was about the town myth: Boltnut.

Apparently, before they bought the house, there was a story going around that there was someone or something that would always cut off the power in the area. It always happened at night and people would only find out that one of the power lines got damaged the next morning. No one was ever able to catch who or what kept doing that to the power lines and what their purpose was but it forced some people to leave the neighborhood and may or may not have been the reason we got the house for cheap. There were other people who thought that having their own generator would have been a good answer to the problem. But, this was also when people started to notice that whatever was doing this was most likely a "who". Because whoever was doing this knew what they were doing. People who had generators in their sheds were suddenly waking up to their generators completely disappearing or missing parts for them to work. Of course, an animal couldn't have been smart enough to know how to steal or dismantle generators, so the logical conclusion was that it was someone in town doing it.

When everyone finally decided that enough was enough. A stakeout was done to find out whoever was causing the problem. Sure enough they found what they were looking for. And apparently, what they found wasn't a person. Nor was it an animal.

No one could explain what they saw that night. Some started saying that what they saw had something like a steel nut for a head stuck on something that resembled a spider's body with multiple legs that looked like steel bolts. Thus, Boltnut was born.

There were three people involved in that stakeout. All three moved out a few days after.

I don't know what my parents were thinking telling us that story. We siblings appreciated a good scary story but my two brothers seemed to have been really spooked by Boltnut. I assumed it was just our parents' way of scaring us so that we wouldn't end up staying out too late. Of course, when they told the story, they did so in simpler terms so that my two younger brothers could understand. It's not like a five-year-old would be able to understand things like generators and stakeouts. But, I had asked them to tell me the full story when the two had gone to bed afterwards. I was never a believer of scary stories. But I always found it amusing how people made things up to explain the things they couldn't understand.

Nighttime came and we were all getting ready for bed.

We each had a flashlight with us just in case the power went out. All our rooms were at the second floor. I had my own room, my two brothers shared theirs, and my parents also stayed in another room. The nights were a bit chilly so we had heaters installed in our rooms. I also had a small table lamp I liked to keep turned on throughout the night. It wasn't because I was scared of the dark or anything. It was more of me wanting to have a signal that the power went off other than the heater not working.

Just as I was finally almost able to fall asleep, like clockwork and without warning, the light from my table lamp went out.

After a short while the light came back on. The backup generator we had decided to install kicked in.

It was installed by the back of the house almost directly under my room. It was covered by a small fence to keep prying animals from possibly damaging it. Which was what we thought was actually causing the problems in the neighborhood.

But I soon found out how badly mistaken we were about that.

Right as I was about to fall asleep yet again, I heard a noise from outside.

It sounded almost like it was steel hitting against steel.

I had a window overlooking the exact place where the sound seemed to be coming from so I took a peek to see whatever was making the noise.

True enough I saw what was making it. And I inmediately wished I hadn't.

It was Boltnut. Exactly as how the people who saw it described.

It had a large steel nut with something that looked like a head stuck inside mounted on a grotesque fleshy-looking torso and eight legs that were made of large bolts that hit each other as it tried to move forward. It was as big as our family sedan, if not a little bigger.

I wanted to vomit at the sight of it.

I quickly jumped back to bed and covered my ears. But I could still hear the clacking of its legs.

I don't remember anything after that anymore. Just that I was luckily able to fall asleep and woke up the next day.

My dad went to check out the back of the house and to his surprise, the generator was yanked clean out of the side of the house. The fence was also thrashed.

I debated with myself whether or not I was going to tell them about what I saw. But in the end, I decided not to.

With that I could pretend that it was just a dream or something I didn't see right.

But this unsettling feeling kept gnawing at me even after I had decided that.

So, I decided that I would do something about it, and started digging up information at the local library.

A large part of Moresville ran without electricity. It was only my guess but maybe with the power line mystery still remaining unsolved after so many years, people started to give up on electrical power altogether. Thanks to that I was stuck using a lamp for my research at the library. The librarian was kind enough to let me borrow a few books more than the usually allowed borrow limit. "We don't get a lot of visitors here these days so feel free to take the books you're interested in." she said. I gladly took up her offer.

There wasn't really much information I was able to find that directly connected with the incidents, but I was able to more or less piece together a believable scenario from the facts I gathered over the course of the next few days.

My findings went as follows:

The town of Moresville was founded only around forty years prior to date. Although they didn't mind interacting with people from the city, at the time, most of the people there led very simple lives. It wasn't until ten years ago that they were offered a chance to experience the wonders of electrical energy. Some big company offered to create a power plant near the town in exchange for land rights. A lot of people were initially against it and protests raged on for months. But despite this, this plant was still built and the protesters eventually gave up and came to accept the change. All except one--an old man named Henry Willows.

Apparently, Henry's land was a part of the area where the plant was built. Since he had no legal claims to the said land, there wasn't a big issue with the town hall giving the go signal to build on it. Though he was offered a different parcel of land on the outskirts of the town, he refused the offer and was thought to have incited the protests soon after.

Any details regarding him trails off after the plant was completed.

I tried looking for information about him but aside from a few pictures of him holding up protest signs outside the completed power plant, there wasn't much about him on any records. There was an incident though where a part of the power plant was damaged in a suspected arson attack. Naturally, he was the first to be suspected of the crime. But, when investigators arrived at his farmhouse, he had already disappeared. All that was left there were several hardware tools scattered around the house.

If I had to make a rational conclusion, there was never a "Boltnut". It must have always been Henry Willows going around destroying the same thing that destroyed his way of life.

But why go through the trouble of disguising himself as some monster?

That was the only question I could never find the answer to.

When I think about it though, other than the power outages, Boltnut doesn't really do any harm to anyone in town. Sure, it was a little bit inconvenient to live without any form of electricity, especially since we were from the city and were basically living our lives off of it, but other than that, I don't think he has any malicious intent for anyone. Or so I'd like to think.

In a way Boltnut was able to give justice to what befell Henry Willows.

There have been talks going around that the power plant was shutting down soon. It seems that there was no benefit to them continuing their operations now that most of the town don't rely on them anymore.

With that, I assume that Boltnut would eventually fade from people's memories.

I wonder if my assumption was right all along.