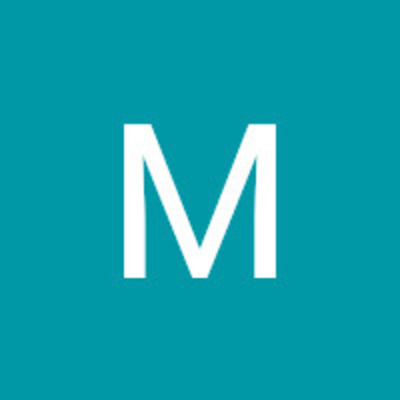 How many minutes has it even been! Hemant Damle banged his walking stick on the elevator floor in frustration and pain. His hip bone seemed to have gotten worse somehow. It was impossible to stand any longer in this silent, sweltering heat and his hip was about to buckle any second. In the pitch dark, Hemant slid down carefully against the elevator wall, and slowly sat down on the dusty floor with a heavy sigh.

Somebody is likely to look for the Boss of the company and soon. Hemant muttered to himself. I’m going to kick Shyam’s butt for failing to make the regular maintenance checks! Hemant cursed under his breath.

Bah! What luck!  Hemant’s mind wandered to the meeting he was supposed to be at God knew how long ago. The opportunity was golden. He had spent days working on this bid. He had made himself and his subordinates slog until they got every single detail right. They had worked their asses off to make sure they remained above their competitors in all aspects. If his company managed to acquire this tender, there was an actual possibility of them joining the big league of construction companies in the country.

Surely somebody, his secretary - able Ms. Dixit, always the life saver - would have known to inform the client about this unlikely and unfortunate situation. Ms Dixit had gone to fetch the file, hadn’t she? Right before he did something he was not supposed to do. Now what was it?

He remembered her telling him please wait here. And then he remembered her rushing back to her office to fetch something. What did she go back in for?  Then he entered the lift because he had to do something very important. Hemant frowned into the dark. He peered around to see if he could spot anything. Nothing but absolute blackness was spread in front of his eyes. He felt the air in front of him with his hands, hoping to touch something familiar. The lift door. There should be a grill here. Why is everything so jam packed?

And that is what it took. If any other thought ever waited to cross his mind, it had now vanished completely. Hemant’s mind was not his anymore. Was there a mind to him at all? Who was he? What was he doing in this dark, damp, hot room? He made an effort to stand up. But his knees were too weak. His feet slipped and he fell back down which sent a flash of pain along his right side.

Hemant felt a sudden wave of helplessness crash and he was enveloped in sadness and confusion.

“Aey..Ba..Gtr….Bgh..He...Hel..Hello?” Hemant spluttered, his voice weak and panicky. “H..Hello! Hello!” He tried to be a little louder. “Somebody! Anybody! Hello? Can anyone hear me? Pushkar! Pushkar?” Pushkar..Pushkar...who Pushkar...my...that’s right, my son.

“Pushkar.”, Hemant called, wistfully. He wiped the sweat of his brow with the back of his trembling hand. Pushkar, Hemant's face broke into a fond smile.

That’s right. I am supposed to reach home early today. Pushkar has turned 11! I promised Hema I’d leave work on time to help her with the birthday party. Oh I cannot wait to get home! But then…”

Hemant waved his hand in front of him again foolishly. Turn on the lights! I can’t see! He wanted to shout! Hemaaaa! He wanted to call for his wife. But his lips were trembling and no words formed. The driver better have come on time. I told him to come by the office in the afternoon today, didn’t I? I didn’t forget, did I? I need to get to my boy. My little man. He turns 11 today. I cannot miss it for the world. Turn on the lights! Pushkar! I cannot see you!

“Pu..Push..” Hemant muttered incoherently. Then stopped just as abruptly. Who was he calling for? What was he doing in the dark? He needed to get up and switch the lights on. Was he asleep? He imagined getting up and turning on the lights. But he didn’t know where the switch was.

Even today his little boy would be fast asleep by the time he got home. Let it be. I won’t turn on the light. I’ll just sit here and watch him sleep. He’ll wake up if I turn the lights on.  It had been so long, too long that he had reached home on time to be with his wife and son. Hemant smiled. He was getting tired too. He wanted to lay down next to his son, cuddle close to him and just rest for a while. And so he did. Unbeknownst to him, Hemant held on to his walking stick tightly and dozed off.

“Baba! Baba!” Someone was whispering, shouting and whispering again. “Baba! Can you hear me? How could this happen? How could you let him get in there alone, Sister?”

“I’m really sorry Mr. Damle. It is all my fault. I just went in for a moment and the lift was still on the ground floor and he doesn’t go walking by himself like that.”

Hemant tried to open his eyes and a flicker of annoyance flashed through him. He was trying to sleep. There was someone beside him and he did not want all of this noise to wake them up.

“Baba! It’s me! Pushkar! Can you hear me? Are you hurt anywhere? Please look at me.”

Hemant peered into the face of the man in front of him. The lights are on. Were they off before?

“Baba, come on.” The man said as he stuck his arm below Hemant's shoulder and tried to haul him up gently. “You have to be OK, okay? Rutuja’s getting married in a week. You remember Rutuja, now, don’t you?

“Rutuja! RUTUJA!” Hemant yelled with full force. “Do I remember Rutuja? What kind of silly question is that? Of course I remember Rutuja! How can one forget their own grand daughter you idiot!” Hemant had now turned to face the stupid man who was the source of such a stupid question. He was being held tightly by him and they were both standing just outside a lift. The man was grinning from ear to ear.

Hemant's eyes widened. His eyebrows shot up in disbelief. His breath caught in his throat.

Pushkar's eyes glistened as they often did when his father repeated this memory. “You poor old fool.” He sighed as he pulled his fragile father into his arms.

“Doctor…” Pushkar said over his father’s balding head. Please check his BP and let us leave. We have been dying to get him back home.” Into his father’s ear he whispered, “Come on, Babu, let’s cut my cake.”

Aw, this is such a lovely story! I like that you never outright say that Hemant is ill, but it becomes clear through the story, and I liked that you swapped around between time periods as he got more and more confused in the lift... I also thought you managed to fit a lot of his character into the story through meomories, especially the bit about not getting home from work in time. I think sometimes stories like this are just very sad, but I liked the bittersweet ending, with his son taking care of him and sharing the memory about his cake...

This is my first submission on Reedsy. Your comment has made my day! My concern was whether or not I had properly managed to put my thoughts on paper. I was afraid readers won't understand the story, but this comment has reassured me. Thanks for reading!