Cecelia at the Cecil Hotel 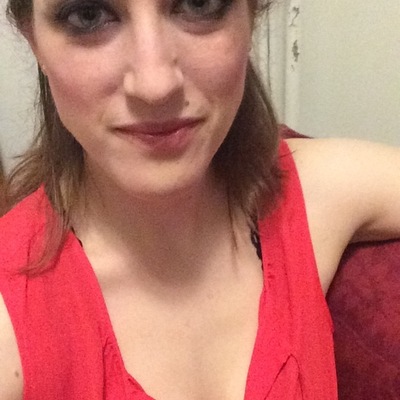 Cecelia at the Cecil Hotel.  It sounded so good in my mind when I made the reservation.  Now, I’m not so sure.  I came here to get away.  I’m known for playing it safe and for being mildly superstitious.  I figured no one would ever think to look for me here.  Unfortunately, I was wrong.

I have been here for seven days and six nights.  Night seven is quickly approaching.  At the best of times I’m slightly claustrophobic.  Now, the walls seem nearly unbearable.  I haven’t slept in four nights.  I just sit there, the hotel pillows fluffed behind me, my knees pulled up to my chin.  I have yet to bring myself to turn on the television.

The strangest thoughts fill my mind at night.  I find myself wondering how many master keys exist for the locks, how many times the hotel sheets have been bleached in order to remove smears of blood.  How many relationships have begun in rooms like this, how many have ended.  I imagine the ghosts of those who stayed here before me flitting about the room.  In my mind they are getting dressed, unpacking suitcases, and gliding into the bathroom to shower.

The third night I got a splinter from pushing the dresser up against the door.  There are three locks; I don’t trust them.  Not after all I’ve seen.  I dug the splinter out with a safety pin.  It always amazes me how even a small drop of blood looks like so much more as soon as it touches water.  I may have dug around in my fingertip a bit more to watch the phenomenon longer.  The washcloth I used as a makeshift bandage is stuffed in my backpack.  I wish to leave as little trace of myself as possible.

I was alone on this floor the first two nights.  I knew from sneaking a peak at the system when I was checking in, but I would’ve been able to tell from the sounds alone.  I froze at the end of the hall when I realized the room next to mine was occupied.  I thought about not even returning to my room, but to leave all my things would mean leaving a trace.

That third night I heard footsteps outside my door.  I heard the rattle of the door knob as someone tested it.  A chill ran down my spine as I sat there, paralyzed with fear, in bed.  I realized I had been holding my breath when the noises stopped and I exhaled.

I chose to take the elevator as I knew I would not be able to outrun anyone or anything on the stairs.  Those who are chasing me would overtake me long before I would reach my floor.  But now, the elevator is stuck.  The air is stuffy and everything is dark.  I can no longer even see the dim lights that typically indicate each floor.

I am trying to use this time to devise an escape plan for once the power returns.  It will be more difficult to evade them now that they know I am on an elevator.  Undoubtedly they will have a presence at every landing.

I want to pray to the Saint for whom I was named, Cecelia, but the words elude me.  I am not the praying type and I stopped playing music long ago.

I hope my phone battery holds.  I get no service here so it’s not helping me communicate with the outside world, but the light is letting me write.  For how shaky my writing is I may as well be writing in the dark.

I wish I knew which floor this carriage is stuck at - or between.  Not that it would help me all that much.  Because I am here and they saw me enter, they now have an advantage for the next move.  I feel like a pawn that is directly in the path of a stronger piece.  My moves are limited and they have more power.

Occasionally I hear some movement in the hallway outside the elevator.  I keep trying to listen to the muffled voices but so far I have not been able to make anything out.

I decided to move from standing to sitting.  I have no idea how long this will last or where the elevator will end up.  When the power comes back on will the elevator continue taking me to my desired destination?  Will my pursuers be waiting?

I tried to wrench the doors open myself when the power first cut out, but I was unable to move them even the tiniest amount.  Now, I can hear a scratching from outside the door.  I find I have to remind myself to breathe at those times when I am anxious.  My initial response to fear is to freeze.  I freeze and hold my breath.  Right now I am forcing myself to breath in and out.

The scratching noise was just accompanied by a low grunt.  I glued my eyes to the front of the elevator but no light appeared at the crack.

Every time there is a pause from the scratching and grunting I sigh a sigh of relief.  I am stuck here and at the mercy of whoever or whatever is on the other side of the door.  All I can do is continue to sit here, write, and wait.

I know that once those doors open there is a good chance the outcome will not be favorable for me.  There is information in this journal that some may care to read. I hope if I leave it propped against the corner that someone will find it.

My fingertips hurt from how I’ve been biting my nails.  Writing provides at least a little distraction.  The last scratching noise I heard was distinctively different.  This one sounded like metal on metal.  There is only one way out of this elevator and it seems they are determined to pry it open.