Today is August 27th, 1997 three more hours until operation ratatouille. “Did you get everything ready from what I asked you to do?”. “ Yeah, I got the kid, he’s in the room.” “ Is he ready to do what we asked from him?” “Yes, he is, he said he was ready to begin working on it, but he said he needs a hardware drive.” “Get the thing for the kid now; there are only a few hours.” “sure.” he sighed.

Narrator: Do you want to know what’s happening? We must travel back to a few months ago. There’s one kid named Jake Williams who didn’t get what he wanted. He wanted to study a lot at home to become a successful stock market staff. He tried to make the world a better place to live. But what did the world give him, nothing. He got really angry at the world. His life was very dark, there was no lights. He wanted that nobody ever sees the lights in the darkness. He was an outcast from the world. Society hated him. It was his turn to fight back against all humanity. He had this genius idea to trap the smartest kid in the world and make him hack the lights to make it off, leading to electricity problems since he was currently in New York, where the most stocks in the world consisted of. If he turns off the city’s lights, the stocks go crashing down. Where most of the world’s stocks are, now that you are all caught up, let’s continue with the interesting part.

“Please, what did the world do to you-” “ Stop, talking kid, you don’t know what he’s even experienced,” the man growled. “Do I have to do this? Is there any other way, like how about we take him to a psychiatrist. I know a great one that is very popular in New York City.” The boy suggested but was rudely interrupted.  “Shut up if you keep on talking, the boss will get mad.”

Narrator:  2 hours and 55 minutes left, for like ten minutes, the kid kept on annoying them until they had enough. They said that if he didn’t start working, they would tell him that he did it all. Ooooooo….. it’s finally timeeeeeeee, hehe, not that the story is ending.

Narrator: what a smart dude, I want to be like him, but I’m missing his smarts. Maybe everyone born with the name David Salvatore. So anyway the kid finished it, really quickly because he had a time limit and he was being threatened. There’s like 1 hour and 30 more minutes, wow time flies when you are narrating a great story.

“Are you done - .” “ duhhhhhhh, it’s been like an hour, I have more important things to do. Get these ropes off of me, they're giving me blisters. Get me some food too, it’s been a while since I’ve eaten.” “Kid if you keep on taking your going to disappear like how the lights will, so be quiet. If you can stop talking now. Oh- yeah if you fail, we will make sure you don’t see the light anymore”. “Stop with your stupid puns.” “Sorry boss,I didn’t mean to annoy you.” “Boss says to revise the code, a hundred times……. or else no more light for you.” “Ok, chill do you have to always be so mean to me.” “Hurry up!”

Narrator: what is it with this dude(Tyler reed) threatening him….. it’s hilarious(I’m weird). Okay, 10 hours and 10 minutes left……

Narrator: sigh…….. this part……. anyway I never described what really happened did I? Well I guess it’s time.

“When I was born, I was not supposed to be born.” “I grew up in the poorest part of my country(America).” “We lived on the streets, I wanted to grow up to be a stock market staff, but to do that I needed to go to school. My parents worked hard to get me to school, they wanted me to do good in life, unlike them. They sold everything they had, to make me go school. I studied hard for years and I got a scholarship for a great university. My parents were really proud of me that day. I aced college too, with no problems. Now it was time for the interview that would change my life. I wore my best suit and went to the stocks market center in New York. It was huge, there is no good word to describe it. It was out of the world, I was very excited. But back then I was gullible, I thought I would actually get the job because I tried so hard”. The boss sighed, “But they said no, you can’t get the job, what background do you come from, you live on the streets.” He looked irritated. “ Those words I still remember shaped who I am, they made me hate society. All my hard work going down the drain, I’ll smell sure that everyone suffers. They won’t have lights anymore and because of that the stocks market center will crash and all its stacks will go down. Trillions of dollars instantly gone, and society suffers like how I did.”

Narrator: I warned you, his past makes me feel like trash everyday. I would give him a hug right now, but he would probably not like it. Anyway, 10 minutes left. Let’s resume with the story now.

“Wow, that makes me feel so sad for you, I’ll definitely try my best.” The smart kid said. “Thank you.” The boss smiled. “Ok anyway, with this click of the button the lights will go off and because of the electrical waves that instantly produce when we turn off a whole lot of lights, and that will make everything crash forever in a few hundred miles radius. I think you should press the button.” “Ok, I will now! He clicked the button and all the lights went off ( he cried on this day, like never before).”

Narrator: This became sensational news in other countries and instantly they began investigating. Sadly, they found out about this but he gave up happily with tears in his eyes. He was proud that he finally gave the society what they deserved. Please don’t ever treat someone different when you find out about their past. 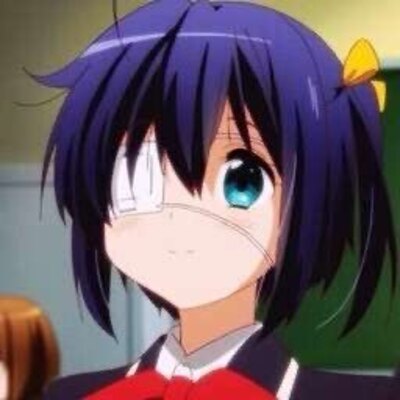 You did very well! Can't wait to see more :)