Write a story about someone feeling powerless.

I like to think of myself as powerful person that can always make something happen. You cant stop me. This quarantine hit me hard. Stuck at home with nothing to do. I have not lost family to this virus. But my job is gone. My livelihood is gone. My savings are dwindling. I saved for a rainy day but this is a monsoon. How am I going to get back on my feet? That $1200 stimulus is gone. Waiting for those idiots in washington to get their act together. I should not hold my breathe for them. Nothing can save anyone from this mess.

I was working as a store manager for 10 years at a nice department store. I was waiting for the quarantine to end to go back to work. But the owner advised me that he was closing up. It was not worth the trouble, business was bad before the lockdown this exacerbated the situation. I understood but now I'm with no job. I have been collecting unemployment. I have lost my way. With no job I feel without purpose. I'm not the only one feeling this way. We all are in the same boat. Who is staying afloat in this situation?

My girlfriend keeps me sane. She is smart and has been with me for 6 years. She has always been there for me and right now the only thing keeping me sane. I love her. Dont know what I'll do without her. But this has put a strain in our relationship. I am cranky always in a bad mood.

She called me yesterday and I snapped. Told her to leave me alone. She was calling me to check in on me make sure my spirits are up so why am I such a dick?

Sorry, I told her I have been going through a lot lately. I said

"I get it but you dont need to snap at me. I'm on your side remember". She said

Yeah. I know is this is too much to bear at times. Excuse me when I go off the deep end.

We can get through this. If we stick together.

Yeah. Yeah. I love you baby. Thank for always being there.

You got it. I love

I love you too.

After we said out love yous we hung up the phone.

I go through the job wanted ads. Is tough. Your pride sometimes will not let you do certain things. I need to put that on the back burner. I need a job. Dont we all wish we could go back to 2019 no one knew the word quarantine?

He went through his emails to check if he could find any leads. Nothing but scams. He turned off everything and went back to sleep. This is how he spent most of his day. Job hunting , arguing with friends and family and sleeping.

He started drinking and doing drugs. It helped man deal with the monotony of quarantine life. He had not drank since college after an ugly bender but now with no adult supervision and no need to look presentable he was digging up some bad vices.

His girlfriend came in she had not seen him a couple of days. She was frightened by all the liquor bottles that were laying around. She wanted him to know she cared. So she asked him

This does not look like a little. Pointing and counting all the bottles that lay around the house. She went everywhere , kitchen , bedroom and scooped them up laying them at his feet. She counted 70 bottles. You have parties now? Being sarcastic.

You want to help me. Well , then mind your business.

Tired of the arguing and fighting which it seemed is all they did now. She stormed off in a haste and slammed the door as hard as she could on her way out.

Didnt hit him as to what he had done. He was still a functioning alcoholic. You cant tell them nothing. Screw her. She will be back.

He turned on the television , watching the game , drinking which was his life now.

Blacked out. Nice sight to see. Drool hanging from his mouth , beer in hand remote control on the floor. Television blaring and an odor from all his pores. He had not cleaned the house so it was a stale odor that permeated the house.

He came to with a massive headache. Checked his phone to see his messages. No one called. Not even his girlfriend. He called his parents to check in on them and they spoke about everything. They were worried. And asked him how the job search was coming?

Usually very effusive with his mother she was alarmed by his terseness.

Yeah. He said this rubbing his head because of the massive headache he had.

They need to open things up and let people work again.

He agreed and said yeah mom they should do that these dumbasses are too stupid to understand what they are doing to the american people.

We cant wait for a vaccine. That is going to take too long.

I agree. Who gets the vaccine. That is another problem we dont foresee.

He got her off the line as the image of a Heineken bottle popped into his head. He drank and drank totally forgetting about Michelle his girlfriend.

When he came to he remembered he had not spoken to his girlfriend in a couple days might as well ring her up when he was sober.

When she picked up he said hey, have not heard from you in a while.

Good. We need to talk.

Uh oh. He knew this was not going to be good news. What about.

I think we need to take a break. This is not working for me and I need to find myself.

You have not found yourself. You have not been looking. She always loved his sense of humor.

She did not laugh. She kept going.

I am not happy in this relationship you are turning into a degenerate. I dont want to be in a relationship with an a alcoholic.

What you are crazy.

I dont want to fight and argue but I have not been happy and I need to untangle this albatross hanging around my neck.

Is the truth. I need to be someone to make me happy. Someone that has a zest for life.

I'm surprised. If you were unhappy you should have let me know sooner.

I have you dont listen. Only thing you listen to is that bottle of yours.

Ok. Again with the drinking. I drink a little.

I will pray for you. I hope you get the help you need.

Shut up. I dont need or want your pity.

Ok then. Bye. I will always love you.

He threw the bottle across the room.

He grew madder at the world. His job. His girlfriend. What will it take next?

He contemplated everything. Sitting there morose. He realized he had not showered in a week. That odor he was so used to started making him feel queasy.

He went on Instagram and Facebook posting some troubled messages. His friends and former coworkers called him and texted to make sure everything was alright. He did not answer. No one cares. I dont think anyone cares if I were to kill myself right this moment.

The cops were called by concerned friends and family. They were afraid this guy would do something awful to himself. They explained why they were calling and that this guy needed to be checked on.

The cops came banged on the door. No one would open. They hoped is was not too late to save this poor man.

No one would open so they barged in. They were not surprised by what they found. 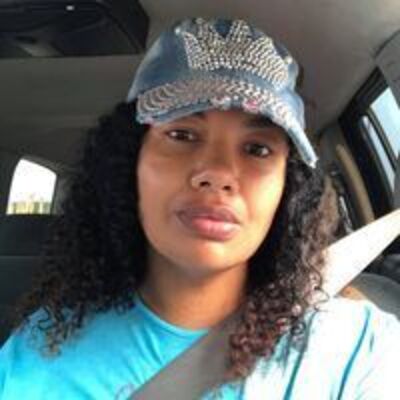 This is a very real and relatable story. I like the progression of the man’s downward spiral. I’m sure many people can relate to this character whether they see him in their self or in someone they know.

Thank you ,yeah I try to make my stories relatable.