“You see that Galen?!” he barked at his son, “If there isn’t a war, there is no chance for that hell-palace to fall!”

Galen nodded, though he did not agree. His small shoulders had begun to hurt from his foster-father’s rough grip on his collar.

“‘I do EXACTLY as I was told, and will follow the plan as I was instructed.’” his father continued, “That’s what you promised! You have one shot! The whole damn WORLD is depending on you! Okay?”

Galen did not respond for a minute.

Oscar watched Galen run down the stairs and motioned to the nearest of the 67 secretly armed revolutionaries disguised as civilians. He continued the gesture and it went viral as each officer passed it, until it spread to the other one and a half million soldiers preparing to rise up under the noses of the thousands of Soviet military personnel. If Operation Podarok was a success, the Kremlin would be burned to the ground.

The next target would be Siberia to free the two million inmates of the Gulag.

The fate of the world depended on the eight-year-old, Galen Ivanov who could only wait and pray from his secluded hiding spot in an alley. The only thing he could see was a Police Officer, armed with a rifle, standing next to a basin holding only a few rotten apples and starved dogs which ran back and forth, rampaging after mice. Galen knew he would likely be forced for hours to wait for his role. He knew very well what it meant if even the slightest mishap caused him to fail. Relentlessly, he ran over the scene in his head trying to stage it more realistically with each time he fantasized about the outcome. And in the freezing cold amidst the other homeless figures lying on the ground, he hugged his knees and waited.

Precisely one hour later, at the gong of a bell tower, Galen felt a hand at his shoulder. He turned around to face his father who was holding a map depicting only the small area they were in. It was littered with red spots he had given it with a marker, each one depicting a cluster of revolutionaries.

“Son,” he said, pointing with the back end of his beloved pen, “The target will be coming down this road, very soon. You have to try your absolute hardest to not be seen because the police will come to clean it up before the target arrives. That means if they see you, they will tell you to go, and you have no chance.”

Galen could do nothing. He simply stared at his father for a moment.

“What happens if I fail.” (It was not the first time he had this)

“I want to hear it just one more time. Please!”

“So I have the sound of your voice in my head telling me why I must succeed.”

Oscar did not answer for a moment, only sighed, and embraced his son.

And with those words, he departed.

An hour and a half later, every heart was throbbing so hard, it was difficult to hear. The target was moving into position. Tears streamed down faces, and every soul prayed aloud for the boy in the alley.

So far, the fantasy had become a reality. More than plenty of the impossible had happened, all they asked for was a little more. For the moment of truth to come. For the dreams locked inside Moscow to escape.

It was safe to say that not a soul could remember anything as the vehicle came to a halt. KGB agents surrounded it, and after a forever of waiting, one opened the door.

And out the target stepped.

Galen saw the face, and the thought of his minuscule chance caused his stomach to churn and writhe in pain. This moment was it. So empty was the street yonder that it looked sick. The target stopped for a moment to smell the air. He smiled. And began to walk.

And a primal instinct forced the tiny body of Galen out into the street. Not a soul took notice. His face went deathly white. If he couldn’t force his feet to move, all would be lost.

But lo! A spot opened between two guards.

Before he could think, he forced himself to stare death in the eye and take the shot.

The seven feet between him and the target took an eternity to trod, but at the moment he stood next to the two guards, he softly spoke.

The man was not the tallest, but he now seemed to tower.

In one of his scrawny arms, he held out the “gift”: a beautiful blood red apple, glistening in the light of the illuminated sky, with a sun hidden somewhere beneath the thick layers of clouds.

The man looked the boy in the eye. All of the KGB police looked back at him and the many politicians accompanying him.

Since Galen was so small and looked to be no more than three, they motioned them to stand down.

It was a miracle.

As the target took the apple Galen ripped a leaf off, pulling an extremely minuscule wire out of its housing.

He examined the apple, then studied Galen’s face.

One of their greatest fears became a reality.

After what seemed like an eternity, the man bent over, smiled, and pressed the apple back into Galen’s hand.

He was sure his heart had skipped a beat.

The premier nodded his head, slightly.

“No, for you!” he said, choking out what was supposed to be a generous tone from under his vast mustache.

The target stepped away, and Galen stepped backward, very slowly.

An orb of bright, flaming yellow light erupted from the object in his hands, and as it began to tear his face, time froze.

His mind crafted his obituary, almost on instinct:

I WAS THE SECRET SON OF JOSEPH STALIN AND DIED IN AN ATTEMPT TO ASSASSINATE HIM. AND WITH ME, I TOOK THE LIVES OF MANY OTHERS. THOUSANDS WHO I PRAY WILL JOIN ME ON THE OTHER SIDE.

The dream was over. 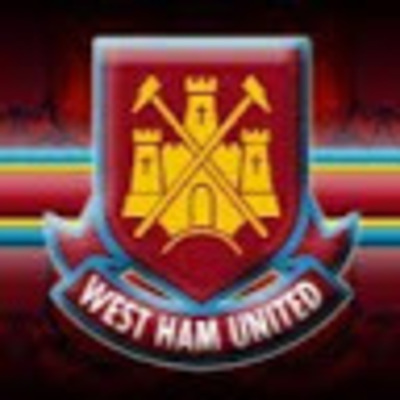 And it was all a dream! Interesting story I enjoyed how you described the boy's emotions and you revealed the twist at the end with him being recognized by Stalin as his son. It was immersive and overall an enjoyable read. If you would consider reviewing my latest submission it would be appreciated.

It was not supposed to be a dream, rather a tragedy. However, I guess it could be interpreted that way. Many thanks for the feedback!

I gathered, it was more of a humorous reference since '' it was all a dream'' is a song. I suppose almost all stories could be perceived as dreams, it's a way of lazy writing to get away with plot flaws haha

Oh, true. Thanks for the feedback!

Once again, another awesome read, Xavier! I loved how the protagonist was a mere boy, who was living in a lucid dream of sorts. My favourite part was definitely his obituary and the ending. Typically, I don't like the whole 'I don't have to finish my story so I will end it, by being a dream' however your story provided enough context and depth for the ending to be wonderful. I have one comment, there is one part that goes: “What happens if I fail.” (It was not the first time he had this) "What happens if I fail" is a question, so that's...

Oh, I meant for it to be a work of historical fiction, more than a dream. I just went back and saw that the last line said "the dream was over" XD That was SUPPOSED to mean the dream of overthrowing the Soviet Union was over, but I see how my brain messed up, there. I'll fix that. I'll also fix that part. I guess these are the side effects of me being lazy and not proof-reading my stories enough. 🙄 Thanks so much for the feedback!!

Ah ok, that does make more sense. And you're welcome!