Submitted for Contest #57 in response to: Write a story about someone who’s famous for something they never actually did.... view prompt

The feasting was over and King Leo’s stomach full. He leaned back in his armchair near the hearth where the fire blazed to drive the fall chill out of the vast room. At his side a round table was filled with books and atop the pile sat his golden crown, carelessly discarded. At his other side, at the end of the round carpet between his chair and hers, Queen Helena dimpled at him over her embroidery hoop.

Behind the couple, three boys tumbled on the floor, not quite hurting each other but grunting all the same as the rolled between the sofas and tables and scuffled near the bookcases. Light spilled in through the east and west facing windows and illuminated the stained-glass windows portraying dragons and a lone knight in the western wall.

The boys crawled to the feet of King Leo’s chair. With tousled dark hair and green eyes, they took their hearts from Helena and their looks from Leo.

“Yes!” Edward chimed in. “One with dragons.”

“Daddy is a dragon slayer,” Henry said. “All his stories have to have dragons in them.” He picked up the crown from the book table and tried it on his head.

"Being a dragon slayer has its uses," Leo admitted. "Why, I dare say there would be fewer feasts and balls and Kings offering their daughters to my sons if I did not have dragon blood on my sword."

“Tell us the story about how you saved mum,” Jacob insisted.

Helena’s blue eyes twinkled as she laughed. “That is a timeless tale even I never grow tired of.”

Leo waited until his sons settled and rested their heads against his knees before he began. “It was a special day at the castle when I was a young man because Helena and I were ready to announce our engagement to the kingdom. There I was with Helena all dressed in white with roses in her hair and we walked out onto the castle steps with smiles bright enough to blind the world.”

“The castle courtyard was full,” Leo remembered. “Everyone from my father’s friends, the lords from the kingdom next door, and even the baker’s daughter were there and they all knew Helena and I were to be wed, but they all stood politely waiting. And then the dragon came. You see, in my days, dragons used to come and steal beautiful women to fill their lonely halls. Since dragons live forever, they hunt endlessly for new beauty.”

Leo’s voice echoed and his sons stared at him in the silence. For Leo knew how the story went; he had repeated it at feasts, meetings, balls, to his sons. Over and over again, the timeless tale of him slaying Serpentine, King of Dragons, to rescue Helena, his stolen love.

Leo looked his sons in their eyes. “You see, boys, even though Helena and I were to be wed, I did not care much for her. I gave my heart to the baker’s daughter, Lina, when we were sixteen eating stolen cookies together, and I loved her from then on. So, when the dragon came and snatched up Helena, I was ready to move on. But then the beast stole Lina as it flew overhead, and all the sunshine went out of my life.

“I resolved to find Lina and die with her if I could not bring her home. So I donned my armor and took up my father’s sword and rode out to hunt down Serpentine, King of Dragons. Everyone assumed it was Helena I rode out to pursue and I did not care to correct them.

“It was a long and bleak hunt and I began to fear I would be an old man before I found Lina, but I hunted on and followed the calling in my heart and at last I chanced across Serpentine’s lair. It was a dark and grim place, with too many skulls to scare me so in I went to this cold and musty cave of death.

“I wandered Serpentine’s underground halls, quite lost in his torturous maze and crunched over the bones of Princes before me who came to rescue their loves and failed. But Lina was my beacon and I soon found myself in the heart of the dragon’s lair. There was Lina, weeping over Helena’s body, for dragons soon tire of their human pets and eat their mortality to add to their immortality. I was there not a moment too soon for Serpentine prepared to slay Lina too.”

“Boys,” said Leo, “Love is a powerful thing. I took up my father’s sword to defend my love and found myself stronger then ever. Serpentine and I battled from sunset to sunrise and I began to think I would battle him forever.

“And, as I began to think I would die, Lina raised her hands and, with the power of the death still fresh on Helena’s breast, cast forth a killing ray of magic. Serpentine collapsed with a final roar. Lina and I buried Helena outside the dragon’s lair and planted rose bushes over her grave. Then Lina took up Helena’s name and rode home with me, where we were wed. No one questioned the lady I brought home; it was assumed Helena’s experiences changed her.”

Leo glanced up at Helena, whose shocked eyes were beginning to settle into understanding.

“The story sure was different this time,” Edward murmured.

Leo nodded his head. “It is better for you to know the truth this time then to grow much bigger on lies. Your mum and I trust you will keep the truth between you three.”

Helena dipped her gold head and knotted off her thread. “Yes. But it was appropriate for your father to take the credit for killing Serpentine. Women who harness magic are often called witches.”

Henry cocked his head and twirled Leo’s crown on his arm. “If you have magic, will I?”

“It is possible you three will come into magic,” Helena said. “If you do, I will teach you to use it wisely. Even now, I am sparing in my use of the old gifts.”

Leo leaned forward. “I am going to tell you a secret, boys. Your mum and I wanted a daughter, you know, and your mother’s potions gave us you instead. Not all the old gifts are reliable.”

Jacob grinned. He turned to his mother as Helena rolled up her threads and put her hoop into the basket at her feet. “Mum, should we call you Lina now?”

“I have been called Helena for so long now, it has become my name,” Helena replied. “Now, you boys had best get to bed!”

As the brothers rose and Henry put the crown in Leo’s lap, Edward said, “I think I will fall in love with a baker’s daughter.”

“Hmm,” Edward replied. He left the room musing, “I think the cook’s daughter has a special magical sparkle in her eyes.”

Helena turned to Leo. “I think, dear, if we try another potion tonight, the vibe is ripe for success.”

“I would not have it any other way.” 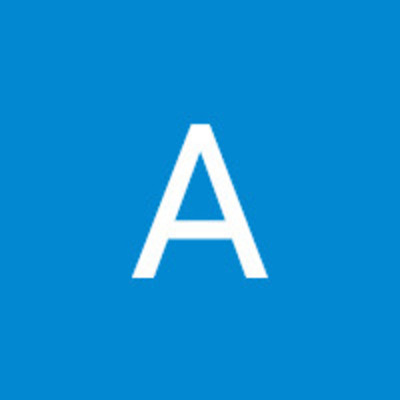 Awww, great job! A very sweet story. Actually, it was funny because my aunt is named Helena and my dad is Jacob...so it’s ironic those names were used in the same story! Anyways, keep writing! -Aerin P. S. Would you mind checking out ‘Life Sentence’? Thank you!

Thanks so much, Jacob! Love that you enjoyed this little tale, and what a coincidence between names!

Oh, haha, that must’ve been strange to read...to clear things up, my real name is Aerin B, and I’m briefly (like, for a couple hours) changing my name to see how people who are USED to seeing Aerin react! Anyways, yeah, my dad’s name is Jacob and I am NOT Jacob. Bye!