Studying in the Darkness

Authors note: This title was suggested to me by Amany sayed. Thanks i liked the title a lot.

Previous title: The Girl Who Studied

﻿The ritual of child marriage was very bad. Girls used to get married at a very young age and weren’t even allowed to study. These girls were expected to do house chores. The same thing happened with a girl who had exceptional intelligence. She was very good at maths and science but after her marriage she was not allowed to study.

It was only two days since she had come. Her stuff was still being moved to her new home. Her books had just been moved. She loved her books a lot. She kept them in

her room and went to the market. It took her one hour to fetch the stuff she wanted. She bought the groceries, vegetables, fruits and returned home quickly. After she returned home, she saw something and started to mourn.

It was her books that were burnt and were kept in a corner. Books were like best friend to her. She was very furious. She started to ask everybody about who burnt the books and what was the reason to burn them. Finally she got the answer. It was her father-in-law who had burnt them. She walked straight to him and started.

“Why did you burn my books father?”asked the girl. “Because they were of no use to anyone and what’s kept in studying? You should learn the house chores and take care of the house.”replied her father-in-law. “That is not fair. I want to study!”said the girl. “No never! I will never let you study. I will not allow you to break the family’s tradition.”shouted the girls father-in-law. She started to cry and went to her room. She sat there crying for hours and hours when finally her husband came from his work. “What happened? Why are you crying?”said her husband. “Father-in-law burned all of my books.”said Satyavati(the girl). “Which books?”asked Satyavati’s husband. “The math and science books” said Satyavati. “But why did he burn them, did you ask?”asked Satyavati’s husband.

“Good morning dad!”said Om(Satyavati’s husband). “Good morning!”said Om’s dad. “Dad I wanted to talk to you about something”said Om. “Go for it then”said Om’s father. “Why can’t Satyavati study? She is very good at maths and science. She can make us feel proud. She has the perfect skills in her” said Om. “I said her a no, she can’t study. I will not allow her to!” said Om’s father. Om’s father walked away after saying this.

Om also went to the market to fetch some books for Satyavati. He returned home after sometime. He had just entered the room when Satyavati asked curiously “Did he say a yes? Will he allow me to study?” “He has said a no”said Om. Satyavati was quite sad after hearing this news.

But she did not know that a good news was waiting for her. “I have all the books you want.”said Om and gave the books to her. “You can study secretly and no one should get to know about this.”said Om. The smile on Satyavati’s face reappeared. As days passed Satyavati started to study. Whenever her father-in-law used to pass in front of the room, she use to shove the books under the pillows and act as if she was chanting some mantra.

She appeared for many exams and used to pass with a good amount of marks.

22nd December 1901- It was the day when It was Satyavati’s one of the biggest exam of her life. She went to attempt the exam by saying that she was going to her mothers house. She went to the exam room, solved her paper and returned back home quickly. She was very curious about her results. If she failed, she would not get  admission in 10th grade.

30th December 1901- It was the result day. She went to check her results. There was a big queue. She could see the ones ahead her who had seen their results  disappointed and crying. She was very nervous about her results. It was her chance now to see. She started to see the results from the last place. To her astonishment, she had topped with 95.6 %. She went straight to her house and thanked her husband.

Suddenly her father-in-laws phone rang. He picked it up. “Congrats!”said someone on the phone call. “But why? Asked Om’s father. “Your daughter in law has topped in the  9th standard exam said the person on the call. “What nonsense!”said her father-in-law and kept the phone. He straight went to her room and asked “Did you apply for the 10th grade selection exam?”asked her father angrily.

“No”said Satyavati(a lie). “Don’t lie in front of me! Pack your things and get out of the house!”said Satyavati’s father-in-law. She left with her husband. They started to stay in a rented flat. As days passed, Satyavati applied for many exams and passed In them. She was now becoming famous for passing with good percentage in every exam.

26 November 1902- This was the day when Satyavati was going to give her 10th exam. She was very scared. Om had done her admission in a nearby school. This was the exam which would make her future because in those times, people didn’t get a second chance to pass their 10ths. She went to the examination hall 15 minutes prior. She was very nervous.

The exam papers were distributed. It was quite easy for her to solve. She completed the paper in 1 and a half hour when the time given to solve was 2 hours. She submitted her paper and went to her home. Om was quite surprised on seeing her come before time.

14 December 1902- The exam results were out. There was a long queue as usual. People were seeing their results and going. It was her chance now. She had ranked 2nd by scoring 89 %. She was quite happy about this. She went to her husband, he was also very happy on hearing this. After some months, she applied for the job in the British news channel. She was selected and was later appointed as the head of that department. After seeing her success, her father-in-law was ashamed of himself and called the couple back to their original home.

This was a nice story! 2 things though: 1. You should hit "Enter" after every dialogue, because it gets confusing to know who's speaking, even if you're adding a dialogue tag. 2. Why did Satyavati apply for so many exams? She just had to do 1 and get into college. That's all, overall, I really liked this story!

Great message in here! You do have to work on a little grammar, and I suggest Grammarly. Also, I don't recommend making the entire story in italics, as it was a bit hard to read. Overall, a great job! Also, might I suggest some other titles? All The Exams Pass or Fail? Studying in The Dark Studying in Secret

Hey brilliant titles. I love the 3rd one

I'm glad! The one you have now isn't necessarily bad, it's just a little bland to me. To each his own!

Hey I just changed the title

Thanks a lot though Liked the title a lot

A really nice story, Hriday! Just a few things: 1. Change the paragraph whenever a new person is speaking. 2. Some dialogues are not punctuated correctly, you can use Grammarly or something else for this. That's all, I think. Good job👍 Stay safe & keep writing:) ~D P.S. Would you mind reading my story 'The Newborn's Escape'?

I would surely read it

Hi, Hriday! I'm sorry it took me so long to read your story. :( Once I got here though, I enjoyed it very much. I'm not quite sure why everything is written in italics, though, so maybe you would consider putting the most important things in italics and the rest in normal fonts. Also, this isn't about your story, but I would recommend taking your age out of your bio because this isn't a kids contest and I don't want you to get discredited because of that. All the best and keep writing, Rhondalise

Hey, Hriday! You asked me to check this story out, so here I am. The storyline was creative, and I enjoyed it a lot. Your characters were believable and realistic. Satyavati's determination and perseverance to pass those exams were inspiring. There were some grammatical errors (try Grammarly), and always press enter after a line of dialogue. Overall, this story was great! Keep writing and stay healthy, Brooke D.

Thanks a lot Brooke

AND IF YOU HAVEN'T LIKED MY PREVIOUS STORY PLEASE LIKE

Aweeeeesome! I enjoyed this story and LOVED the message it was telling. Great job!

Superb story. I really enjoyed it. Another example of where ones are kept from succeeding. Progress hampered.

Done. Gave you some points. Feel free to do the same. Thanks!

Interesting story and well written. I see other people mentioned the italics and the paragraph structure so other than that it’s good 👍🏼 Well done

Wow! I was truly captivated by this story! Your descriptions were amazing, and the words seemed to flow together. You really have a knack for writing! Could you please come read a story (or stories) of mine? Thanks! Keep up the good work! :)

I really liked the story and you did good with it i'm not that good at helping with things so i guess i just agree on what the others say to improve it, though my advice is to keep making stories here. so ya know what? 10/10

though could you maybe help me with something? someone is down-voting me a LOT so could me and you go on a upvote spree for each other?

would you please read my stories 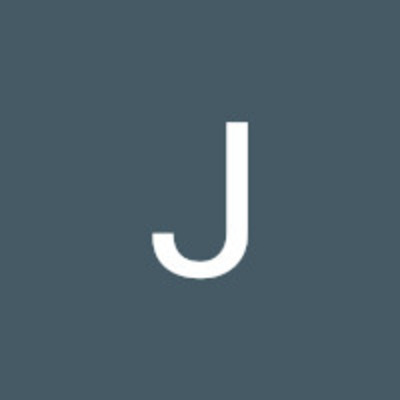 Cute story. I liked how you talked about women's rights and the rules back then.

A very true history, but an amazing protagonist who fights against the odds to go to college. Great job! :)

Introduce the names right away. Om and Satyavati should be mentioned the first time they speak or are seen. I have read about child marriage in a few different areas. I am not sure if the first paragraph is needed. That is the sort of add an editor would decide, so it's fine here. But if you submit something for publication never say "I won't change this" if an editor insists. You have some good scenes here and a very nicely done historical tale. It remains relevant because of people who will not change their attitudes. Is this based o...

Thanks Its not based on any true story Thanks

It could have been. If you decide to write historical fiction, let me know and I can walk you through doing research online.

Hi. I noticed you got downvoted a lot- how much exactly did you lose?

Also, just as a bit of constructive feedback, there are a few improvements that need to be made grammatically. For instance, articles should only be used when referencing objects, people, or places: a dog, a cat, a city, etc. The rules in English are definitely more complicated than they need to be, and I could understand everything, but these changes would make the story just a little bit better. Also, we generally use went straight instead of straight went. Nonetheless, your English is quite excellent and your story is wonderful. I hope th...