“Hello Dr. Remarkable, I feel we’re going to be the best of friends.”

She cleared he throat. “Let me make a slight correction. My name is Dr. Reamer.”

“My old therapist told me that it’s OK (I believe the technical word she used was normal) for me to feel guilt ridden and remorseful about moving into my sister’s house and sort of making a mess. So yes, I feel bad. Especially because I sort of moved in her house without her actually knowing. And even that’s not the whole story although I’m sure you’ll agree given the sequence of events it was completely understandable.”

“Anyway, here’s how I ended up living with Ann, prior to the damage.” I exhale. “I really like your art. Is that an original?” I point to the wall next to the window.

“Ok. Well , friend, I was anticipating the worst (which I have become especially good at) so a few days before my own house was officially foreclosed on I rented and then took up residence in a U-haul truck that I parked about three driveways down the street from Ann’s house. The home was falling down; the gravel driveway was overgrown from the curb all the way to the back yard. I’ll be the first to admit it is not easy hiding a box truck. I’d moved my most favorite things into the truck including my cat, Miss Kitty. You can stuff quite a bit in one of those trucks and still have room for a bed, dresser, a small cooler for refreshments, and of course, a litter box. However, after a few hours, I grew very tired of the confinement and was forced to make a longer range plan.”

“Real.” She writes something about me. I bet it’s about my attention to detail. “Please continue.”

“Well. So after fortifying myself with an unknown number of rum punches, I finally worked up the nerve to call Ann. I told her how well things were going in my life and that I had recently moved some things and redecorated my space.  Chit chat with Ann was difficult, but I do try. I was also worried my prepaid minute would run out so I gave some strong yet genteel hints about the possibility of me also calling Ann’s place my home. I never asked Ann straight out if I could move in with her however she abruptly announced, ‘Don’t even ask if you can move in with me Rose—‘cause I already have one child to raise. I don’t need another. Plus I already tried to raise you once, and we both know how that badly turned out.’ Before Ann hung up, however, she did however graciously offer that I could stay with her starting next month. She needed to repaint her house and have a large patch of poison ivy removed, so….. I cordially agreed to help paint and remove poison ivy. I ended with see you next month.”

“The next day I sat in the driver’s seat with my wig and dark glasses and waited for Ann to leave her house and go to the library. It always takes her hours at the library because she likes to use the antiquated card catalog and reminisce with the elderly volunteer about the Dewey decimal system as if she knew Dewey himself. It’s embarrassing. Anyhow, my plan seemed so fail proof.  I knew all I had to do was pick her front door lock, move all her junk out of the second bedroom and move my stuff in. Then once I got everything moved in I’d start preparing the porch for painting and when Ann got back she’d be so happy. Don’t know if I told you, but I’d rather not anger Ann. So if my plan went the way I hoped when Ann got home she’d just smile, shake her head and hug the best sister ever—or something close to that. Ann displaying happiness is an infrequent occurrence like Haley’s comet. On the other hand, my happiness is like dust—it’s always everywhere.”

“It took quite a bit of effort but I got everything moved. I was a little off on my space calculations, so I enlisted some neighborhood helpers and a couple of the cases of ice cold Budweiser. Together we relocated all of Ann’s storage boxes to the basement to make room for all of my boxes. Ann’s boxes filled the basement, and my boxes filled Ann’s second bedroom plus her sun porch, her garage and her living room.” I pointed to a photograph. “Dr. Remarkable. Is that a picture of your dad?”

“After all my belongings were neatly secured in Ann’s house, it occurred to me, again because I am a good person and a twenty-four hour thinker, that the least I could do was start preparing the porch. I’ve watched enough TV decorating to know that preparation is really important. So I slipped my heat stripping paint gun out of my purse and got started. Now I don’t know whether it was the smoldering wood, or the few bushes I singed, but I suddenly realized I was hungry and wondered what was in Ann's fridge. On the way to the kitchen I decided to throw in a load of my laundry. Ann has a very nice first floor laundry room. She really has no idea how lucky she is. Really she doesn’t. Imagine, having a first floor laundry and a great sister like me. So I threw in a load of my towels. I like my underwear and bras hand washed, so I put the stopper in the drain and turned the faucet on to fill the laundry rooms sink. Suddenly, I thought I heard something crash in the house.  In a panic I and ran all around the house checking every room for damage. I worried Miss Kitty had knocked something over and broken something special. Anyhow, since I didn’t find the crash in the house I decided to move my search outside. As far as I could determine, the house checked out AOK. I’m not a trained specialist, but really I watch a lot of TV and everything looked fine. So considerate sister that I am I decided to prepare Ann’s favorite dinner—chicken and dumplings. I reasoned that she might be slightly upset that I moved in while she was at the library, but I was sure a great meal would make everything better. And to top off the chicken and dumplings I decided to make chocolate pudding.  So, several hours later, my dinner preparations were nearly complete. Then Ann called and asked if I could come pick her up, she was at the A & P grocery and her car wouldn’t start. Quite naturally, I was on my way immediately. And yes later Ann told me the chicken dumplings were delicious. After we cleared the dishes Ann tilted her head. ‘I think I hear dripping.’ She said. ‘Do you hear it?’ And then, of course, it was only moments after I started sprinting through the house that I discovered the overflowing sink in the laundry room. I absolutely have no idea where Ann learned to put together those long broken sentences all filled with unsavory words. Maybe she was a secret sailor. But that’s only a guess, because I was way too afraid to ask her about it. I now don’t even want to wash my hands in front of her as she acts like a damn warden. Anyway, my first day at Ann’s house was spent first moving all my boxes into Ann’s house. Then I worked very hard trying to make everything nice and comfy doing some laundry and preparing a lovely dinner. And then I spent the rest of the day, and a good portion of the next, removing every one of Ann’s soggy boxes out of the basement. And let me clue you in, water may well start out clean, but after it runs over a laundry room counter and through the first floor and then takes up residence in whatever is stored in the basement, you may find it’s like soaking your belongings in swamp water.”

“Do you want to add any other details? Perhaps after the police arrived?’

“No. Dr. Remarkable since we are new friends I don’t want to add anything else.” I paused. “Wait. Yes I do. Of course after they released Ann I’ve spent a lot of time trying to avoid her.”

“Because of the court order?” Dr. Remarkable asks.

“Nah. I don’t get too fussing up about judges or rulings.  Dr. Remarkable I’m so glad you’re my new friend; I’m what you might write down and describe as a survivor. By the way, where do you live? Does you need any painting?”

great story! I love how crazy things got with Rose. keep up the good work and keep writing!!

Thanks so much for taking the time to read and comment. I'm happy you enjoyed it! I hope you have a great evening! 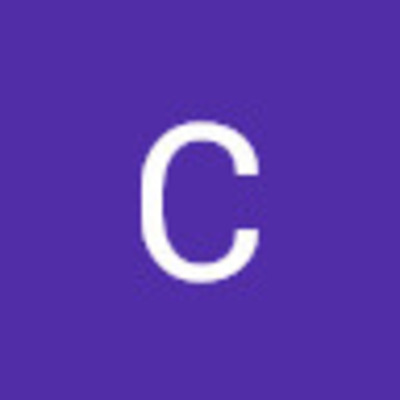 Great story. Loved how it moved from one disaster to another, the fast-paced chatter and failed attempts by Rose to distract her counsellor. WIll read your other stories too :) Only minor negative is to check punctiation spacing.

Loved this story. held my attention and curiosity from beginning to end!

I loved your comment! Thank you so much! I hope you have a great evening!

"Does you need any painting?” Do? or was Does deliberate? Funny, well paced, and consistently entertaining. Rose is exactly like some people I know, which makes it even more hilarious, though I doubt I would want any of them near my house. The stream of consciousness style babbling worked particularly well, as did the constant shifting from one calamity to the next.

HI! Thank you for your comments. I appreciate your time. At first when I wrote the piece, I meant to write do. After editing and rereading and reading some more I felt the "Does" worked better than "do". I glad you know people like her! As I've offered to others,,,, Might you need any house painting? Wink, Wink.

Thanks so much for taking the time to post! Might you need your house painted? Wink, wink.