Submitted for Contest #56 in response to: Write a story from the different perspectives of two people meeting for a blind date. ... view prompt

A young man woke up from the sound of the incoming message on his phone. He took it, blinking, as the screen seemed too bright. There was a message from his friend, Meggie:

“Hey there, friend! Today is the day you’ll find out what love is! Ready for this adventure, Aaron?”

“Oh gosh, it's tonight,” though a guy, sighing. He unlocked the phone and replied:

“Hey, please remind me not to tell my folks that I’ve never kissed a girl because they would make me go on dates with ‘their lovely friend’!” A boy sent it, scratched his head, and added:

“Also, I hope that you didn’t tell any imaginary facts about me because she might get disappointed as soon as she sees me.”

He got out of his desk, where he was working, and looked in the window. It was early autumn; leaves were golden, and it was quite warm outside, but in the evenings, you could have felt that summer was already over.

“At least, this is my favorite time of the year,” thought a young man.

Aaron has never been on dates before and couldn’t say it was a big problem, but his friends, who tried to play matchmakers, convinced him to try meeting a girl. They said he is smart, funny, and good-looking, so why not give it a shot?

To his surprise, he accepted that offer, and now he looked at himself in the mirror, wondering what people wear when they go on blind dates or their first dates (ever). Aaron didn’t want to seem overdressed, but going to the restaurant as if it was a walk in the park also wasn’t a great idea.

“What shall I do with my hair?” he thought, “it’s a bit longer than when I had my haircut. Damn, what if she’d think I’m careless and unkempt?” thoughts whirled in his head, more and more every minute.

Eventually, the boy decided to make his hair up, using hairspray and putting a bit of gel.

“That should go,” Aaron noted and opened his wardrobe. He was not a fashionable person; he preferred to wear comfortable clothes, but wanted it to look nice. The young guy took black trousers with a crease, a black T’ shirt, and black leathery boots. As you can tell, that was his favorite color. On top of that, he wore a hacki-colored corduroy jacket, adding a couple of his favorite silver rings to this “date evening” look.

“Well, I look kinda presentable, not sure if it’s good or bad, but we’ll see,” he concluded while putting on his cologne that smelled of sandalwood and citrus.

“Let’s hope that everything goes well, and I won’t embarrass myself with stupid jokes or awkward silence as I usually do,” texted Aaron to Meggie.

“I’m more than sure you’ll like her, boy! Just be yourself, isn’t it what people usually say?” replied a girl.

When a young man drove to the restaurant, ten minutes before they planned to meet, he sat in his car for a couple of seconds, cheering himself up. His hands were sweating, and his heart was beating as he just finished running a marathon.

He looked in the small mirror in the car, setting up his glasses, and, once again, trying to put back that strand of dark hair that made him look like Clark Kent. A waiter met him at the entrance of the restaurant and escorted him to the table.

“Thanks, God, she isn’t here yet. I still have time to escape,” he thought, smiling.

Aaron sat at the table for fifteen minutes, thinking that a girl whom he never met dumped him.

“Meggie will pay for that. I feel so awkward, sitting there all alone, still hoping that my date will show up eventually.” The boy looked at the door right when a gorgeous young lady entered the restaurant; she seemed snippy, flipping her ginger hair over the shoulder. She was wearing a skirt of peachy color with buttons in its middle, a silky white shirt, and black boots on heels.

“She is good-looking, but she looks like a bitch,” thought Aaron, “this date will be a total failure!”

"Oh, I hate being late so much! Especially when it's a date with a guy I've never met," angrily noted Tracey in her head. Her taxi driver couldn't find the restaurant, and they got stuck in traffic before that.

"What a perfect start of the date. I shouldn't have agreed to this venture at all. Can't believe Meggie convinced me to meet that 'awesome friend of hers,' thought a girl.

"I hope he won't think I'm a bitch because of my annoyed face."

As she approached the table, she observed that a guy was looked really well-dressed and attractive.

"Well, he is much better than I imagined. This might work out well," admitted she.

The boy smiled and said: "Don't worry, I'm happy that you still came because I felt like an idiot, sitting here on my own. My name is Aaron, by the way."

"Nice to meet you! My name is Tracey, and I hope that Meggie didn't tell some made-up facts about me. If she did, you should know that they're all fake," continued a girl.

"Even the one that you are very pretty?" asked a young man, raising his eyebrows and smiling.

"You are quite a charmer, Aaron, huh? Well, I must say that this one is entirely true," she replied, laughing. Her green eyes sparkled with joy now, and the events mentioned above became less significant.

She noticed that he was looking at her over her menu and glanced at him. A boy quickly hid his eyes behind it and asked whether she was ready to order anything. They got salads and drinks, having small talks. After chatting like that for half an hour, both of them started to feel more comfortable with each other. Their conversation was flowing easily.

"Have you already been in relationships, Aaron?"

"Well... That's not the question I expected to hear, but I won't hide this fact. No, I haven't. And what about you?"

"Neither was I. Guess that was Meggie's reason to set us up together, wasn't it? Two lonely hearts, who needed help from a professional matchmaker," said Tracey, laughing over this situation's irony. Aaron laughed too, looking at the girl in front of him. Her smile was charming, making dimples appear on her face, and she also had many rings on her fingers; he liked it.

"Yeah! But, I have to admit that with every minute, I become more convinced that it was the right decision to accept her offer," replied Aaron with a little smile. He noticed that Tracey blushed, and said:

"Oh, are you sure it's your first date? You make a girl blush without even trying!" said a girl, pretending to speak in a serious tone.

After that, her favorite song started playing. She smiled, wondering if Aaron would

ask her to dance. The girl didn't expect that she would think of that on their first date, but something about him made her feel comfortable. Tracey looked at Aaron, who was trying to put his hair strand back.

"I think it's cute when your hair is like that. You're like an actor from that movie about Superman," she said.

Now, it was Aaron's turn to blush.

He glanced at the beautiful girl and replied:

"Thank you, but now I feel awkward. Maybe, you want to go dancing? This song is amazing," Aaron gave his hand to her.

"Sure, I'd love to!" Tracey took his hand and just noticed that he was really tall, and she liked it. They went to the dancefloor, figuring out how they should dance, but soon she put her head on his shoulder, just like in that song. Aaron took her by the waist and breathed in the smell of her sweet perfume. Her hair was soft and touched his chin, but he didn't mind.

"Oh, Meggie must have been right. This boy is not that bad, maybe this date will turn out into something bigger," noted Tracey in her head and leaned closer on Aaron's shoulder.

“Hmm, this girl is much better than I expected. She’s not a bitch, and our date is going really well,” thought the boy while dancing with Tracey. When the song ended, he looked at her, bent down, and kissed her on the cheek. She smiled and said:

“Wow! Look at you being a professional charmer.” She took his hand and offered to get some fresh air.

Aaron gladly agreed, grabbed his jacket, paid for the bill, although Tracey insisted on splitting it, and they went outside.

“You must be cold,” he suggested and put the corduroy jacket on her, hugging the girl’s shoulders.

“Thanks, Aaron. That was stupid of me to forget that it’s not that warm in the evenings. Nevertheless, I adore autumn; it makes everything seem so magical.”

The boy thought that was a sign. Luckily, their date wasn’t a failure as he predicted.

“That’s true. And you are also magical, Tracey.” 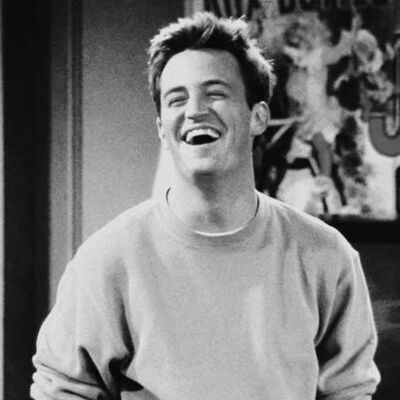 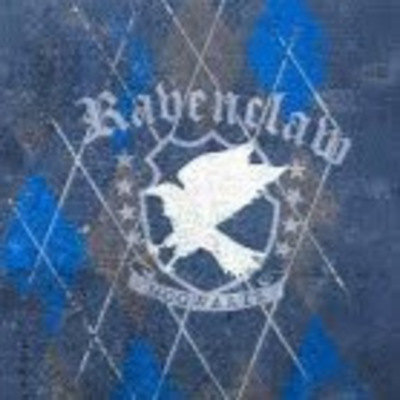 Such a cute story! And I thought the way you carried the story forward with almost a separate point of view was a very interesting technique.

Thanks for reading and leaving the comment, Taryn! I'm so glad that you liked the story :)

Great story, the characters were relatable! P.s Would you mind checking out my new story 'Ocean eyes'? thanks

Thanks for reading, Sarah! Sure, I'll be glad to check out your story.

Thanks! I really appreciate it

That's such a cute story, Velma! Your characters were innocent and very likeable - I am glad the date worked out for them!

Thanks for reading the story and leaving a comment, Kristin! I truly appreciate it :)