“Deep breaths always work” Malani told herself as she waited for her taxi to arrive. She was a 25 year old girl who was going to her first day at the job.Recently promoted as an executive, Malani remembered her new work address, right on Dundas, and left on Main Street. “Calm down Malani, you are going to do great! You will be great and successful.”! I continued to give myself a pep talk when a large yellow taxi pulled up. The man inside looked like a middle aged man in his 50’s. It looked like he had a rough morning. I was impatient, but I kept my mouth shut.

Once I arrived, I grabbed my resume paper, and walked in the building. The sight was beautiful, every corner was spotless, and the place felt welcoming. The smell of freshly printed papers filled the looby, along with aromas of cologne and perfume. My newest office was small but one of only 12 executives. “ I am an executive! “!!!!

As I proudly walked into my office for the first time, the smells of colognes and ink faded into something terrible, it was very familiar. As I gave an awkward smile to my coworkers, I sat on the chair. “This smell is so familiar. It reminds me of my rough and terrible past.”. I sighed and began signing some papers, and then approving designs for a new house. Being an architect has always been my dream, but I started to regret it a few years ago.

So back then I was a 21 year old girl, with strict parents. My mom and dad would never let me be free. Anyways, I began to study architecture at university. After graduation, I easily got a small position. I met my partner, Jeremy Dezz. He was fun and amazing. Smart and kind, anything you would ever want. Long story short, we eventually were FORCED to get married by my strict parents. That's it when I found out he drank, ALOT! But he was abusive, every night I would sleep with bruises. Eventually I decided to divorce him, he was mad, but agreed.

The smell of alcohol reminded me of my past. I ignored it and continued to work. It was great. My comates were amazingly cool and nice! I had the largest office and once again, I need to brag that I am an EXECUTIVE! Anyways, I stayed there for a week, then the next week on Monday, things took a slight downfall.

I came in just on time, when I saw a familiar person reaching down and grabbing something. That's when my assistant Pierre, came in and introduced me to him. “Hello Ms Malani, this is Mr Jeremy Dezz, the past employee of the office”. He gave me a positive smile. Jeremy, he was still the same. His yellow beard, still untrimmed. His baggy jeans, still stained. His breath, still reeking with the most dirty smell possible. Jeremy came to grab some of his old papers.

Pierre slowly asked “Umm.. Do you know each other? We both quickly agreed to no. The first thing we actually agreed on. Pierre stepped out of the room. We agreed that we would never meet after divorce, but here we are standing face to face. He awkwardly said hi, but I said nothing. My boss (David Walt) popped in my office and confidently sat on my chair. His suit and tie were wrinkled but I stayed quiet and looked down.

“Ms Malani, I see you have already met Mr Dezz here! He was a great employee!”. The smile of my boss’s face faded into a serious face. He stood up and asked me to step out of the office. I stepped out of the office and he showed me that he had a history of drunk driving, and over usage of alcohol. I pretended to be hearing this the first time. I stepped in the room. Walt doubtfully said ‘Oh well! Umm.. Malani, do you happen to know Mr Dezz? Because you have the same last- I cut him off by loudly saying “Oh no, not at all” with a gawky smile “What a crazy coincidence!”. Yes of course this was crazy, my ex worked as an executive before me! And yes, he was still an alcoholic! And obviously, he had the same last name as me! I hadn’t gotten remarried yet! Walt left the room with a weird expression on his face.

Jeremy looked at me and quickly ended this awkward silence and went straight to the point,”Ok I know we have a rough past, but I want another chance. You are a great person, and deserve the best, not me. So let’s be friends?”. He held his hand out. My frown turned into a grateful smile. We shaked hands. So still the same old Jeremy, I said to myself.

My relationship with Jeremy has gotten better. I found he suffered depression, and we got that cured. He quit alcohol by going to a special camp that was filled with professionals. We hang out every week. He was still the same Jeremy. He was always poetic. We would write poems together and give to random people. Last week we went to the aquarium and he sang some lines about every fish. Jeremy got a new job as an author and he writes about the mindset of an alcoholic. He has written 3 books now. I also got promoted as the boss at work after Walt retired.

Yesterday we spent the day at the beach. He said to me “You are my moon”, as we watched the sun set and the moon rise. The moonlight was blinding but I managed to reply, “but why not your sunshine?”. His reply was pure beauty “Everybody wants to be the sun, to brighten up someone's life, but why not be the moon, to lighten up somebody's darkest times? You are my moon Malani, you pushed me through depression and quitting alcohol, your light could never be brighter.”.

First, I'd like to point out that your name choices are so unique, I love that. I think it's so cool that can get inside a mind of an adult at eleven that's so cool, not many know how to do that. I didn't when I was your age, I'm 20 if you didn't know. You are very talented, never stop writing. (;

Hey Great story you have written. I followed you earlier today, because I realized we actually have a lot in common. I am your age, 11! I’m so happy to have found another young writer! Also I found you bio really interesting! And OMG! Ariana Grande and Billie Eilish are my favorites too! Have heard the song ocean eyes? It’s my favorite! I can’t wait to read some of your future stories! Good luck along the way! Best wishes. Evelyn

That’s amazing! Well my fav Billie song is Bad Guy, but that’s ok! I will try to read some of your stories, but school is starting so, it will kinda be hard, but I will try!

Oh I love that song too! That's okay, I totally understand. I start school in a week and I will be busy too.

This story was great, Nimrit! It was very creative, and your characters were believable. The last paragraph warmed my heart. Malani's past was heartbreaking, but the end made it better. Awesome job!

Wow, this is an engaging story dealing with complex themes. You’ve tackled it really, really well. It’s got a nice, smooth flow, clear progression, and a fulfilling ending. I do have to small things to point out. You start in 3rd person and then switch to first in the opening paragraph. I’m not sure if that was intentional, but the story is definitely better suited to 1st person, so you got that spot on. Next time, keep it consistent all the way through so as not to confuse the reader. Also, caps. Only on very rare occasions are they usef...

Thanks! I will keep it in mind!

This was very sweet. I liked the backstory Malani had, it built up a nice premises for the second relation she had with Jeremy. I believe you did wonderfully for your third story. There were some grammar and punctuation mistakes but those only require a quick proofread. I like how you spaced yoru work, most new writers will leave a giant blob of text. Amazing work!

Thank u so much!! 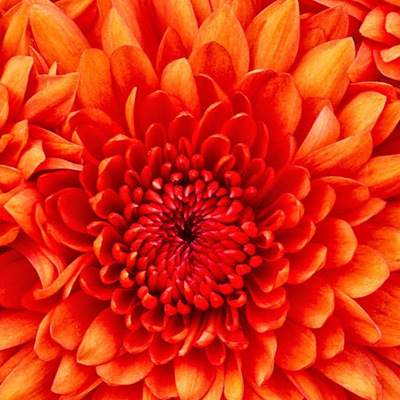 Dear Nimrat, Thank you for reading my story. I am awed that a 11year could have so much insight into an adult world. You deserve a pat. I am your fan. Please do send me the link of your stories when ever you post them. Keep writing and one day I would be proud to say I know ‘Nimrat, the writer’ God bless you.

OH MY GOSH!!! THANK YOU!!! Will do!!!!!! And by the way, my name is spelled Nimrit, with an -it. But it is ok! My name is commonly mispelt, and plus your from India right? Just assuming because your name sounds like you are Hindu or something, not really sure? Anyways THANK YOU SO MUCH, THIS MEANS A LOT!