Meet up at Malmsbury 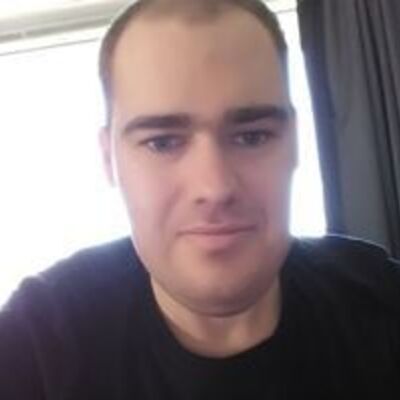 It had just started to rain as I reached the train station. I touched on with my Myki card, which told me I only had $30 remaining; still it would last me for the rest of the day.

The next train was due to arrive in ten minutes. In the meantime, I stood undercover, appreciating the sound of the droplets as they trickled over the roof.

I lost myself in this sound, closing my eyes, and the time passed quickly, and the next time I opened my eyes, the train was arriving at the platform.

I seated myself alongside a window, and the rainfall noticeably began to increase, the droplets pattering against the window. As before, I closed my eyes, enjoying the sound of the rain, knowing my stop wasn't due for a good while.

We arrived at Castlemaine, and the rain still refused to let up. Not that I was complaining; my meeting was dependent on the rain holding up. But I wasn't worried. The forecast had guaranteed rain all day practically.

I'd be getting off at Malmsbury, the next stop. It was a small town known for its Botanical Gardens, which is where me and the others would be gathering for the day.

I was the only one who got off at Malmsbury. I was somewhat relieved, as if myself and someone else from my group had been there, I would've felt awkward no doubt. But as it was, I unfastened my umbrella, and began walking towards the front of the station.

It would take about 10 minutes by foot to reach the gardens. As I made my way through the town, I admired the charming cottage style houses and lush greenery, gratefully taking in the rainfall.

My nerves began to increase as I approached the botanical gardens. At the entrance I spotted hardly anyone, unsurprising given the present rainfall.

The group organizer instructed us to meet under the large oak tree, in the center of the park, at 1:30pm. Glancing at my watch, I saw that I was 10 minutes early.

The gardens were lovely, so while the time passed, I wondered around the lake, smiling at the ambling geese.

Finally I made my way towards the center of the gardens. I could see some people congregated there already. My throat tightened, but I steeled myself and walked over to them.

"Hello," I said, hoping my voice didn't sound too dry.

Three people met my greeting: an older woman, perhaps 60 or so, with short grey hair and elegant black clothes that were thankfully being saved by her umbrella; a younger woman, about 25 with frizzy ginger hair, tall and lean like a stick; and a stern looking man, completely bald, in his older 40s, relatively short.

"Hello," the two ladies said, while the man nodded quietly.

"Well, I'm Andrew," I tell them, introducing myself. "You may have seen my profile on the website."

The bald man was about to introduce himself when someone approached from nearby - it was the group organizer, Gavin.

"No problem," Rose reassured him.

"Well, let's get things started, shall we?" And Gavin began the trek towards the oak tree.

The oak tree was huge, and standing under it, our umbrellas were doused by a continuous array of raindrops.

"Thank you all for coming to the first meeting, hopefully the first of many. Obviously it's a small turnout, but hopefully we'll grow over time. Of course, everyone of us suffers from tinnitus, and I thought it'd be a nice idea to get together in weather like this, as rain has always helped me relax, and while we're at it, maybe we can make some friends in the process."

At this, we unfurled our umbrellas and clapped; Gavin gave a rather humble bow in response.

"Let's have a stroll around the lake, shall we?" Gavin suggested.

The ladies fell into step with Gavin, while I trailed behind the somber looking bald man whose name I still wasn't aware of yet.

He cleared his throat. "I'm Derek."

His expression remained unchanged. I wondered, perhaps his tinnitus was more severe than the rest of ours?

If you're not aware, tinnitus is a condition that produces a constant ringing sound in the ears. There's no real cure for it, just some things you can do to ease the stress it causes.

Tinnitus can really affect your sleep, even causing insomnia, so before bedtime I enjoy listening to the sound of rainfall, intermingled with thunder.

In my case, the tinnitus was self-inflicted; I'd listened to too much music with headphones at too high a pitch. Beware kids.

We continued our progress around the lake. Derek remained silent, but I didn't mind; I was happy to take in the beauty of the gardens, and the soothing nature of the rain.

Gavin, Rose and Sandra continued to chat up ahead.

After completing our walk around the lake, we left the botanical gardens and headed for the nearby coffee shop, Merchants of Malmsbury. The building looked tremendously old, with cracked bricks sitting at its foundation, and dark clouds still visible overhead.

Heading inside, we were greeted by an old man, washing a mug with a cloth.

"I hope we're not bothering you," Gavin said, sounding apologetic.

"Not at all, not at all. Please, take a seat," the man guided us towards some wooden brown chairs to the right of the room.

"Now, what would you like to order?" the man asked us.

Rose and Gavin ordered long blacks, while Sandra opted for an espresso.

The old man turned to me and Derek.

"Water for me too," Derek said.

The old man walked away, and Gavin continued chatting with the two ladies.

I was thinking of asking Derek about how severe his tinnitus was, but didn't think now was the time to do so; I reckoned that I didn't know him well enough.

After finishing our drinks, we said goodbye, and headed our separate ways.

I headed once more for the train station. It was still raining.

Well I learned something today! I had never heard of tinnitus and wouldn't have guessed that the rain was soothing for that reason. This story was so calming and it made me yearn for rainy weather!