No One Can Be Trusted

“Can you keep a secret?” whispered Emma into Olivia´s ear.

Olivia turned and nodded at her. She didn´t know what type of secret it was but she was willing to do anything for his best friend.

“I slept with Charles last week” managed to say Emma before falling asleep.

Confusion filled Olivia´s mind. “That cannot be true,” she thought. Her boyfriend Charles and her best friend had slept together. This seemed impossible in her eyes.

“It´s probably just the anesthesia talking, right?” observed Olivia out loud, “I mean she did fell and hit her head really hard”

Olivia tried to avoid giving it too much thought, but she couldn´t help it. The thought of them together made her sick. However, Olivia did her best to forget about it for now and just focus on Emma´s recuperation.

A few days later, Emma was released from the hospital and Olivia took her home. They had been friends for 12 long years and roomies for about 11 months.

“Do you want to eat pizza for dinner?” asked Emma making puppy eyes at Olivia, who immediately agreed.

They arrived home and ordered the pizza. Emma went to take a bath while dinner got there.

“Hello?” said Olivia over the phone, “Yes, you can come over. We´re having pizza. Please bring some beer cans. Love you, baby!”

Olivia decided to clean her apartment a little. She began folding their clean clothes. She decided to be extra nice with Emma given that she still felt somewhat tired from the accident. Olivia went to Emma´s room and decided to organize it so that she felt more comfortable. Unfortunately, she found something that wasn´t supposed to be there. One T-shirt form Charles was beneath Emma´s bed.

“This cannot be happening” expressed Olivia as she ran to lock herself in her room and started sobbing.

Olivia was resting in the living when she heard the doorbell ringing. She walks toward the door and opened it. The pizza had arrived.

“Thank you for bringing the pizza,” said Emma to the delivery person. He just nodded and left.

Emma was about to close the door but her a male voice yelling, “Wait, I´m here”. She peeped out and noticed Charles.

“SHHHH” Charles placed his hand on her mouth to stop her, “If Olivia hears, we´ll be dead by tomorrow”

“Don´t worry. She´s not even capable of killing an ant” declared Emma rolling her eyes.

They stayed a few minutes talking at the entrance. Olivia was still locked in her room.

Olivia did not answer. She didn’t want to see any of them

“We´ll be waiting in the living room,” said Emma in a softer tone.

Olivia decided to finally leave her room and meet them in the living room. Charles noticed her eyes were puffy and red.

“Who hurt you?” said Emma joking, “I can go and hit them if you want”

Olivia did not say a thing, instead, she grabbed the T-shirt she had been hiding in her back pocket and threw at the coffee table in the middle of the living room.

“I found this in your room Emma”, stated Olivia, “Care to explain how it got there?”

Silence filled the room. Emma was thinking of the perfect excuse.

“I have no idea. Maybe Charles left it here last time you people had sex. Then, you washed it and it ended up in my things by mistake,” Emma explained. She thought that everything was under control

“But I found it beneath your bed, Emma,” Olivia said with teary eyes.

Charles was sweating a lot and Olivia knew he only sweated that much when he was nervous.

“What do you have to say Charles?” inquired Olivia looking straight into his eyes.

He did not say anything.

“Well, if you´re not saying anything,” paused Olivia, “I will”

Emma and Charles looked at each other and knew this was getting serious because Olivia only got this serious occasionally.

“The first day we were at the hospital, Emma said something rather strange. However, I let it slip because she had anesthesia and I know by personal experience that it can make you say incoherent things,” explained Olivia with a serious tone, “but today, I can confirm everything. You both betrayed my trust and slept together. Am I correct?”

Emma was trying to make up another good excuse but Olivia interrupted her thoughts by saying, “Don´t lie to me, Emma”.

Finally, Charles decided to say something, “We slept together but it was only once”

“Come on Charles. She caught us. At least we should be completely honest with her”, interrupted Emma, “We have been sleeping together for the last 3 months”

Olivia froze. She didn´t know what to think of them. The only thing that could come out of her mouth was, “You two should leave”. She now knew that she felt infuriated.

Emma tried to convince Olivia to talk in private so that they could solve this but she refused to spend one more minute with any of them.

“Come on Emma,” said Charles dragging her out of the apartment, “We can return some other time and try to solve this.”

Both of them left. Emma went to Emma´s room and began to tear it apart. Then she found their picture albums and ripped every single photo of them together. Lastly, she took several gifts Charles gave her during their 3 years together and threw them into the garbage can.

Olivia called her sister and asked her to come over. She waited patiently and ran to the door the moment she heard the knocking on the door. She opened the door and threw herself into her sister´s arms.

“You can cry as long as you want,” said her sister Joy rubbing circles in her back as Olivia sobbed loudly, “those bastards hurt you. What they did cannot be forgiven”

“Can you make me a cup of tea?” asked Oliva kindly

“Yes, I´ll do anything for you” stated Joy with her calming smile. 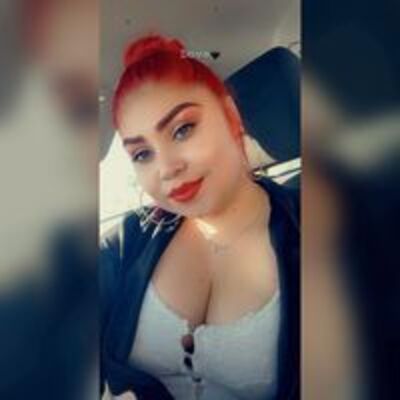 I really enjoyed the story! It made me think maybe Emma would't completely believe they slept together and it got intense when she finds the t-shirt. I absolutely loved it! I look forward to more of your stories.

Thanks a lot for reading it. I´m glad you enjoyed it :)