Authors note: This is a story I wrote about a month ago and I thought it kind of went with the theme. It's not finished but I might do a part 2.

One before the century

Two will unite the world

Three months he will lay imprisoned

The air was cold and crisp. I could feel every step like an earthquake. My eyes swooped across the crowd and locked on someone. He wore a trench coat. He seemed to have noticed me too because he pulled out a photo and compared me to it. Honestly, I expected him to run. I’m the best spy for the Aces. Everyone knows my name. My muscles tightened. This would be an easy target. Or so I thought. I saw the man's muscles tense as he prepared to make a move. Then something caught my eye. A knife had been shabbily hidden in the folds of his coat. And if he was who I thought he was, that would not be the only weapon he had. Most people would have walked by this man without a second glance, but of course, I’m not most people. I was an Ace and this man was a Canon. But, not just any Canon. He was Zane White and I had been sent to capture him. It looked like he had been sent to capture me too. I smirked. What a coincidence. Then Zane did something I would have never imagined. He started walking and beckoned for me to follow. I didn't know what made me follow him. This could be a trap obviously, but something inside me told her to follow him. He stopped at a deserted clearing and faced me. One by one he tossed all his weapons to the ground and he was left wearing a t-shirt and jeans and could not be hiding anything. He held out his hand for me to shake and I narrowed my eyes. What exactly was he trying to do?

“Yeah. I thought so. Now let’s head back to Canon base. We can do this the easy way or the hard way. Your choice.” he said coolly like he did this every day. I was an Ace. I would not let him beat me. So I regained my bearings and my hand flashed up. I shot him with my taser, and he fell to the ground in pain.

“I never lose,” I muttered. I took his limp body back to the base, where I was greeted by a shocked Olivia. The interaction with Olivia went like this.

“What dumb canon did you bring back this time?” she called.

“You really did it. WE WON!!!!!!!” She exclaimed. She pulled me into a huge hug and led me inside. We had Zane put into the most heavily guarded cell in the base. Which was a pretty heavily guarded cell. We ended that evening with partying and fun. We celebrated until 3:00 AM. I’d never seen Olivia so happy.

The next morning, Olivia informed me that all of Zane’s communication devices and weapons had been taken down to the lab for investigation.

“Oh, and Cassia. You worked hard enough. Go take the day off.” Olivia had said to me. I had thanked her and gone back to my room for some rest.

Around 2 o’clock, there was a knock on the door. It was Olivia. I quickly smoothed down my shirt and tried to look like I’d been awake the entire time.

“Nah not really. Why?” I responded.

“Oh, well, I was wondering if you would be okay going down to the dungeons to check on our prisoner. You know, make sure he’s not dead or anything. We still have to interrogate him. I’d do it myself but uh...you know.” Olivia laughed shyly. Zane and Olivia had some history. I didn’t know much but Olivia really didn’t want to see him, so I told her I would go. I brushed my hair and grabbed a chocolate muffin before heading down. Wow, I really needed coffee.

I woke up around 2:00 in the morning to the sound of loud music and cheering. The aces were probably celebrating my defeat. How could I let this happen to me? I got too complacent. I was slumped in my cell, exhausted from trying many tactics to escape, when I heard footsteps coming down the hall. I immediately straightened up, trying to look as unaffected as one can possibly look in a jail cell. It was Cassia.

“What are you doing here?” I croaked.

“Making sure you stay alive until the interrogation. Here.” She thrust a chocolate muffin through the bars.

“You’re lucky to be eating this. Tomorrow it’ll be stale bread and dirty water. “ She said. With that, she turned and ran away.

I wolfed down the chocolate muffin in 5 seconds flat. Then I returned to my cycle of cursing myself, sleeping, and trying to look confident.

“Hey Daniel, if you can hear me, I’m sorry. I-I tried. I wasn’t prepared.” I whispered. I sat in silence for a while.

“Oh please!” it chuckled. My face turned red. I stayed quiet. I watched the room carefully, trying to figure out where the voice was coming from. After a while, I just started to think I was going mad. Then I saw her. She came out of a pool of light, wearing a sparkling white dress. Her smile was the same.

“Mother,” I whispered. I hadn’t seen her since my 10th birthday. I got up in an attempt to run towards her. But somehow, I couldn’t move. It was the strangest feeling, almost like I was in quicksand. My mom stood there, smiling at me.

“Only you can save us, Zane. You must show her the truth,” she said before disappearing.

“Huh, no wait! Mom! You have to help me!” I cried. But it was too late. She was gone. I put my head in my hands. When I looked up, I found Cassia staring at me.

“You done talking to yourself?” she asked. I blushed.

“I wasn’t-” I stopped myself. She wouldn’t believe me anyway.

“I just wanted to let you know that your interrogation is scheduled for two weeks from now, at 4:00 pm. Goodbye.” She turned around and started walking down the long hallway that led to my cell.

“No, wait!” I yelled. I heard her footsteps stop. She walked back to my cell, narrowing her eyes.

“I just wanted to ask what happens after the interrogation,” I asked.

She smirked, “You don’t want to know.”

“No! Tell me, please!” I begged, realizing how much I sounded like a 4-year-old.

“Okay, fine. Your execution.” With that, she turned and walked away. I sat in shock for a while. I knew they didn’t have anything good planned for me, but I just never thought I’d meet my end here. Daniel would be so disappointed in me.

For the next few days, I sat silently, barely moving. I didn’t sleep, but I never really seemed awake. It felt like I was in some kind of trance. On the 7th day of this, I heard her voice again.

“Only you can save us, Zane.” she had said. Those six words gave me courage. I felt strength and perseverance return to me. I had to get out of here before the interrogation. I’d already been here for a month and I was sick of it. I got up and looked around. All I had in here was a toilet and the metal bench that served as my bed. The walls were made of some weird material that was very hard to break. But surely the bench would do the trick. With all my might, I lifted up the bench and hurled it at the wall. I did this again and again, tirelessly for six hours, before I heard a tiny crack. However, my excitement at this didn’t last more than a moment. The alarms were triggered by the tiniest of cracks in the wall. Within 10 seconds, 30 aces had filled the dungeon room. They all had guns, but one of them caught my eye. Olivia herself had come here. I put my hands up and Olivia stepped towards me.

“Going somewhere?” she asked. She smirked and had her guards lock me up in a different cell. This time, there was just a blanket and pillow sitting on the dusty metal floor. For a toilet, they had given me a small bucket. At that point, I started to lose hope. To pass the time, I started thinking about my mother. Was I hallucinating? It felt so real. And seeing her again just might have given me the confidence to get out of here. She had said only I could save her. What did she mean? What did I have to save her from? Whatever it was, I had to do it. Hallucination or not, my mother wanted something and I was determined to give it to her.

Thank you so much! I'm glad you enjoyed it! If I find a prompt that matches, I'll probably write a part 2 of this.

Wow, this was great! (Yup, I read it this fast—I’m a fast reader!) I love the prophecy and you switched perspectives so flawlessly. Keep writing! 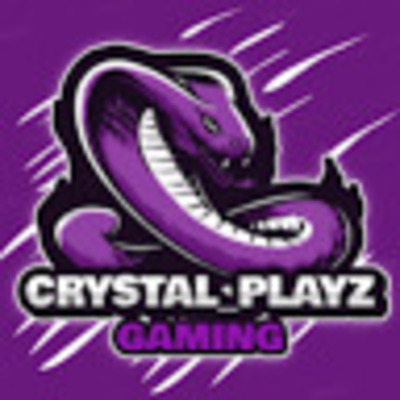 A preponderance of sesquipedalian terminology befuddles me only infrequently if the sentence structure containing this excessive vocabulary is sufficiently uncomplicated. An excess of intricate nested clauses, on the other hand, can be profoundly confusing, but even in such instances I would assume, perhaps without adequate justification, that the author understood precisely what he intended to communicate. 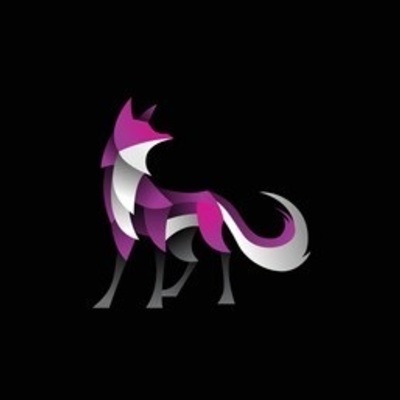 Thank you, it means a lot!

Wow, this was amazing! I loved it! Great job!