In a strange mood, she engaged the speed control of her car to 115 kmp. She didn't want to be stopped for speeding. She knew her thoughts were running rampant after her deliberately pushing the bookend off the shelf in Mae's house. She felt calm, yet on edge. She felt vindictive, satisfied, angry and happy all at the same time.

A long and arduous trip lay ahead. Angry thoughts of years ago were running through Megan's mind.

It really wasn't my fault that Henry visited my apartment so often and then shared my bed in those days. He is really handsome and charming, any girl would fall for him. Mae should have been more attentive to him and he wouldn't have done it. Mae should also not have put M&M on the market without my consent. It was quite a shock receiving the documents from Mae's lawyer for me to sign away the restaurant. Imagine what a success the place would now have been. We could have had a Michelin Star by now.

Now Henry is another story to contend with. After a while he also turned on me. Was it because he missed Mae. Dreary, drab Mae, that always did the right thing. Oh how mad I get with these people with their high morals and everyone thought her an angel done in by me. I am sick and tired of this. I thought if I visit her she would be past all that.

Megan was in such a state that she didn't realize she had he foot on the accelerator and had bypassed her speed control setting. She was travelling at more than 130 kmp when a traffic officer pulled her off just before she entered the town of Graaff Reinet.

Megan came back to earth with a jolt. Pulling herself together and being very courteous with the officer, she took her fine from him and put it in the glove compartment, then pulled back onto the road. I would love to stay over here tonight but then my trip tomorrow will be too long. I'll have to push on further today.

She found some music on the radio and tried to keep her mind on the road.

Megan had been traveling about six hours and as she connected with the N1 highway that connected Cape Town and Johannesburg, she new she had to find accommodation for the night. She found a Bed and Breakfast that also offered a home cooked dinner and immediately decided this was it for the day.

"Would you like a glass of wine?" Megan heard the landlady ask from the doorway of the dining room. Florence, the landlady, already had two glasses in hand and sat herself down at Megan's table. "We are never very busy over weekends. Our main business is the reps travelling to Johannesburg that need to have a bed for the night. So this is rather nice. What brings you to Colesburg?"

Megan took the glass of wine and in a sad voice she sighed, "I'm on my way back home."

"You sound so sad, oh and by the way I'm Florence. Born and bred here," she tried to sound cheery.

"Hi Florence, I'm Megan and I have just lost my best friend."

"No, no. We just had an enormous argument and she told me to get out of her home. She has been my friend for like, forever," Megan was on a roll again. It feels good to have someone to rant to about Mae, she thought. "I am so distressed, I even got a speeding fine today."

As the night wore on, Florence fed Megan on wine and a plate of home made Babotie. Megan carried on about Mae and all Florence could do was to sit and listen and keep filling their wine glasses.

Megan woke far later than she wanted and had to take two Panado for her headache.

"Try to reconcile with your friend Megan," Florence hugged her as she got into her car and she set off for Johannesburg. Megan rolled her eyes.

Turning into her drive she opened her garage with the remote and drove straight in. The apartment was dark and quiet. It had been like this since Henry had left her. Most of their friends thought that she was to blame for the break-up, so they avoided her. She poured herself a bourbon, not the expensive stuff she used to drink with Henry but still her favourite drink, and curled her legs under her as she sank down on the couch. She did not switch on any lights.

I have always had to hear how good, lovely and kind she is and I am now sick and tired of it. Very few of our friends took my part in the whole saga. I am going to bring her down if it is the last thing I do. She has ruined my life.

Megan was not sure how long she sat in the dark. Her plan of action to deal with Mae was coming together slowly in her mind. Mae just doesn't know what's coming her way, Megan smiled. I'm going to rock her boat in such a way that she will beg me to become her friend and partner again.

The bottle of Bourbon was empty and Megan looked for her phone. She searched for Mae's mother's number. She was about to call when she saw the time on her phone. It was 01:30. She was surprised that she had spent so much time thinking about her plan of action.

I won't be nasty and call this time of the night, she smiled a nasty smile again.

Megan had a good nights sleep and even hummed a ditty in the shower as she got ready for work. She was now a lecturer at the Westridge Culinary Studio. Her first lecture was only at 10 am so she had plenty of time for coffee and toast with her favourite marmalade. She picked up her phone and hit the call button for Mae's mother.

Megan had heard that Mae's mother had not been well lately.

"Morning Mrs. Wilson. Hope you are feeling better. I just want you to know I saw Mae over the weekend. Now don't be alarmed about what I am going to tell you. Things are not well down in Herolds Bay but I want to assure you that I am going to go back down there to be with her. I just need a few days to sort out some personal details here and I'll then be able to devout my time to her." Megan was enjoying this.

"Megan I thought everything was just fine. I will call her immediately."

"No, Mrs. Wilson. Please let me help her. I also don't want you to worry too much and that is why I am calling you. She must not know that I am going back there, you know how independent she is but she really needs some help from a girl friend," Megan was on a roll again. 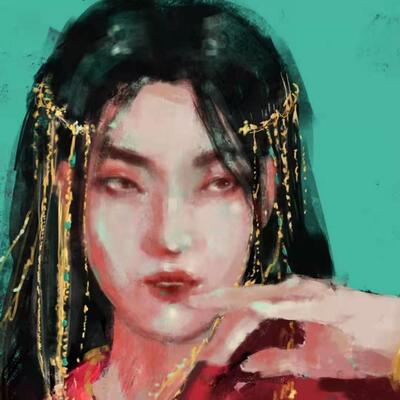 This was a really interesting continuation of the previous part. I was just waiting to see what Megan was going to do. I need to know moreee! Amazing work!

I know this is a late reply but other commitments are keeping me away from writing. I would love to continue with this story. Thanks for reading.

You're welcome, and that's totally fine - there's no pressure. :)