Warning: This one gets a bit gory.

“Can you keep a secret?”

“Why would you ask me that right now?”

“Mate, I just need to know; can you keep a secret?”

“We are locked in an actual dungeon, in a possibly legitimately haunted house, listening to cultists chanting away in Latin, and that is all you have to say to me?”

“Look, Jai, don’t take this the wrong way mate, but you have a pretty terrible track record of keeping your mouth shut.”

“Well, you ruined Devon’s surprise party. And you told Rei about Andy’s crush on her. It worries me how hard it is for you to act like a normal, decent human being sometimes.”

“Why are we talking about this now? Bro, they are going to kill us. You saw them stab that old guy; is this really a conversation we need to have right before we die?”

“Well, I was kinda hoping, that when I told you not to tell anyone else we were breaking into this place, that maybe you might have told someone anyway. It would be nice to know that a whole bunch of concerned parents and maybe police are coming after us.”

“That would have been nice. I didn’t tell anyone but. Sorry Conner.”

“Wow, great. You can’t keep quiet when it comes to people’s feelings, but if we go drinking in a decrepit murder house, then sure; don’t tell anyone. Screw safety, right?”

“Stop trying to blame me bro. This was your idea, remember? ‘Hey Jai, you don’t really believe in ghosts, do you?’ ‘Hey Jai, it was your old house; don’t you want to see what the crazy people did to it?’ ‘Don’t be a wimp. Blah blah blah.’ Don’t you remember saying all that? ‘Coz I do. All I did was follow you Conner. Even when we walked through the front door and the first thing we saw was an actual pool of blood, I still followed you. Our deaths are all on you bro.”

“Who said anything about dying?”

“Um, we’ve been kidnapped by a cult and locked in a dungeon.”

“Huh. I guess that’s one thing going for us. Think we can jump them?”

“They were not people Jai. There were tentacles under those robes I swear.”

“I’m not joking with you mate. I – whoa slow down, nearly tripped. Jai, these cultists aren’t human.”

“Don’t worry about that, just go. We need to get the hell out of here. Whoa whoa, stop.”

“Make up your mind.”

“How should I know?”

“You used to live here.”

“None of this was here when I was a kid.”

“Really? They just built a multi-level dungeon within five years and no-one ever saw any tradies or building supplies or nothing. Mate you gotta tell me what the –“

“Shhh! There might be more of them on the other side. Still got the cultist dagger thingy?”

“Did you just forget the word knife?”

“Mate, we were captured by tentacle monsters in robes, that bleed green.”

“I don’t hear anything.”

“This is just a prank, right Conner? Let me guess, you’re still upset about Devon’s party and this is how you’re getting back at me.”

“No, I… I… are you saying that I built a dungeon under the ruins of your childhood home?”

“Someone… something is coming. I think our best plan is to charge through the door and stab anything we see.”

“We’ll open the door on the count of three.

“Mate, what have you been eating? It looks like you just threw up your own heart and intestines.”

“How are you not throwing up? Look at these… these…. Things. They’re not human!”

“That’s what I was trying to tell you.”

“They’re still twitching. Are we sure they’re dead?”

“Octopus still move after they’re dead. Either way, they aren’t attacking. And we seem to be back in the normal part of the house. And I have a sword now.”

“Where did you get that?”

“Stole it from that huge flying octopus guy. Didn’t you see me slice off his tentacle?”

“Did you stab anyone with that?”

“Good? That I didn’t get an actual decent weapon until the end of that brawl?”

“Um, no, good that you got one. Damnit. How the hell is Lovecraft real?”

“Well yes, H.P. Lovecraft was a real person. I don’t think this is like a Cthulhu story though. These guys went down super easy.”

“Shut up Conner. Just, shut the hell up. Why did we even come here? Why the hell did you think it was a good idea to break into an abandoned murder scene?”

“Well, you never stop talking about how you used to live in the local haunted house. After hearing you ramble on about how messed up it is that the murder happened here, well, eventually I had to see it.”

“Oh no, you are not blaming me for this. You are the one that kept pushing forward with this little excursion. Despite all the big red flags we had to walk past.”

“I suppose we should have turned back when we saw all that blood at the front door.”

“Shut up Jai. You aren’t blameless either. You’re the one that led us into a closet before checking to make sure the house was empty.”

“You’re blaming me that we got jumped? Screw you Conner. Let’s just get out of here.”

“I was hoping I wouldn’t have to see that huge bloodstain again. Can we go out the back?”

“We’d have to go through the loungeroom. With the alter, and the demon tentacle priests.”

“Mate, we’ve been standing outside the loungeroom door screaming at each other and nothing has come out.”

“They could be preparing something to, oh, perfect timing. Hear that?”

“Just run. The front door is down this hall to the left. Just go go go!”

“Why did we close it? Damnit keep running Jai. We’re nearly there. Nearly GURHH!!! Urgghhh. Ooorf. What the? Something got…, did you just stab me?”

“Let’s get you turned around, shall we?”

“Homeless people on sacrificial alters are great and all that, but our god has a thing for that exquisite despair people have when they were just this close to freedom. And betrayal. Apparently, betrayal is delicious.”

“What the hell are you talking about?”

“It’s about to hurt more I’m afraid. Don’t cry; this is actually a great honour. You’ll love your next life.”

“You’re crazy. You’re… oh, cultists. I guess they’re your friends. They weren’t really dead where they?”

“I hope they’re all alright. Can’t say the same for you I’m afraid. Now lean back Conner. Look at that door you nearly made it through. So close.”

“Why? Why? Oh that’s a tentacle. Have you been hiding tentacles this whole time?”

“What can I say? Turns out I can keep a secret after all.” 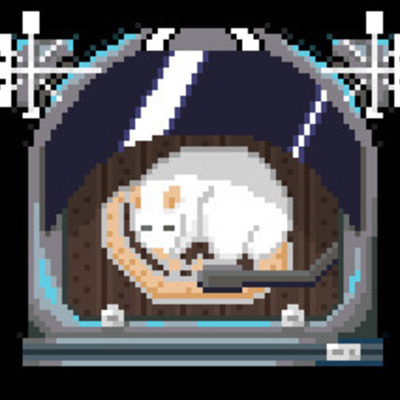 Thank you :D I'm glad you liked it.