“Okay, just count back down from 20.” the doctors told me. My vision had started to blur. I started counting back, and before I even reached 13, I was out like a light. This was a life or death situation. One wrong move and I’d be dead. My family waited outside anxiously, trying to see through the tiny glass panel on the door. You’re probably wondering what happened to me.

Well, a while ago, I got into a major car accident and it messed with my brain. I’m not sure exactly what happened to me, but it wasn’t good. It was one of those situations where the doctor makes you wait outside while they tell your parents what happened to you even though they’re going to tell you later anyway. That’s when you know it’s serious.

The point is, I had about 2 weeks left to live. There was only one way out of it. Neurologists had created a sort of brain chip that fixed almost any kind of brain damage, including mine. But there was a catch. There always is. The chip had never been tested on anyone, so there was about a 50-50 chance of survival. It also costed a lot of money.

My parents didn’t know what to do. I don’t blame them. Their options were, one: to try to help me spend the rest of my life happily, or two: spend a million dollars on something that might kill me even faster. Eventually, they came to a decision. They decided that the brain chip would give me my best chance. Did I survive? Well, I’m telling you the story right now, so I did.

But the chip didn’t just cure me. It changed me in a way I would have never expected. Even doctors don’t know what happened. This is my story.

After the surgery, my family tells me I was in bed for 3 days. I don’t remember much from that time. And then one day, I just got up, went downstairs and ate a cinnamon roll. My sister Adrianne was in the kitchen drinking water when she saw me. She was so shocked, she dropped her glass and a shard got stuck in her jaw. She had to get stitches for that. Other than that, my family was delighted to see that I was okay. And that’s when it all started. I called my best friend almost right after I woke up to tell her the good news.

“Ivy! I’m here! I’m okay!” I yelled enthusiastically. Before she answered, I heard this strange echo. It was Ivy’s voice but it didn’t sound like her words.

Ugh, I thought I had gotten rid of her with the car crash. I raised my eyebrows.

“Oh my god! Elena! I’m so glad you’re here!” Ivy screamed. This time, there was no echo. What was that? I decided to ignore it, thinking I had probably just imagined it. After talking to Ivy, I decided to go to the mall with my mom and sister.

I tried on a blue dress that I thought looked great, but when I asked my mom for her opinion, it happened again.

Oh, Elena, that looks terrible. Blue is not your color.

“It’s beautiful honey! I love it!” she said. I frowned and shook my head.

“Uh, did you say something else?” I asked my mom. She shook her head.

“Are you feeling okay? We can go home if you want.” Mom said. She sounded concerned. I refused, saying I was just a bit dehydrated. The next morning, after this same thing had happened three more times, I realized this wasn’t normal. Of course, I went to Adrianne to talk about this. Apart from Ivy, she’s my best friend. I tell her everything.

“Hey Adrianne, can I talk to you?” I said, sitting down on her bed. She looked up from her phone and faced me.

“I, um I’ve been having these strange hallucinations. Like, when I’m talking to someone, right before they say something, I hear this weird echo. It’s almost like I’m reading their minds or something. I know, it’s weird.” I mumbled. Adrianne looked at me suspiciously.

Come on! Everyone was all worried about you when you had the surgery! Now you need more attention and you want to be a drama queen?

“Oh wow, um...that’s weird. You should probably get some rest.” Adrianne said with a hint of sarcasm. So I decided to try something.

“Were you saying anything about me being a drama queen or something?” I asked. Adrianne paled.

“Holy- I mean, you’re uh telling the truth? Y-you can hear my thoughts.” Adrianne whispered. She was shocked into silence. So was I. It’s not every day you discover you can read people’s minds. This was crazy. Just imagine what I could do! I set out to Ivy’s house to test my new powers. Her mother opened the door.

Oh, not this one again.

“Hello, Elena. Ivy’s not home right now,” she said. Okay, so Ivy’s mother didn’t seem to like me. I told her I’d come back later and decided to take a walk around the neighborhood. All around me I heard echos of “Isn’t that the girl with the brain damage? Stay away from her, there might be something wrong with her.”

Hearing these words hurt me. I consider myself to be an easygoing, unaffected person. But somehow, these words felt like a punch to the gut. It almost made me wish I didn’t have this power.

The next day was my first day back at school. There were whispers and nervous glances all around the school. It wasn’t something I needed my powers to see. As I walked down the hallway, I saw Ivy walking with a group of about four girls. Surprised, I decided to go find out who they were. As I got closer, I realized this was the most popular group of girls at school! Ivy would never hang out with them. She’d probably say it was too much drama for her. As I got closer, I started to hear their thoughts.

Ugh, we have to avoid her. She keeps following me everywhere. Can’t she take a hint? Ivy thought.

“Oh hi, Elena! This is Jenna, Elle, Malia, and Ivanna,” she said cheerfully. I nodded.

“Um, I should probably go. Nice to meet you guys.” I mumbled. Jenna gave me a weird look as I walked away. It turned out my best friend wasn’t my friend at all. All of this was just normal school drama. Things got way worse from there.

That day, when I got home from school, my mother had some pretty weird thoughts.

How do I hide her when I’m done?

My sister was trying to avoid me. I guess that was because she didn’t want me to read her mind. Apparently, she hadn’t told my mom yet. This allowed me to see who she wanted to hide.

“Elena, would you like to go on a walk?” My mother asked. Subconsciously I answered yes. My mother smiled.

“Then let’s get going,” she said. Just then I saw my sister standing behind my mother, signaling for me to say no. Surprised, I turned down her offer and decided not to go on a walk with her. I wanted to ask Adrianne why she did this, but she clearly didn’t want to talk. Instead, I sat in my room, thinking about why could have happened.

That night, as I was falling asleep, I heard a noise from the kitchen. I tiptoed out of my room to see what was going on. My mother dragged a black trash bag across the kitchen.

“Mom? What are you doing?” I asked, rubbing the sleep out of my eyes. My mom almost jumped.

My sister’s blank and pale face stared back up at me. She was dead. It was like someone had driven a knife through my heart. I screamed and ran, far away. I didn’t even know where my legs were taking me. I heard the backyard door open as my mother stepped out to see why I was screaming. I assume she knew. I eventually reached the hospital, and I knew exactly what I wanted.

Some people would call it a suicide, but I say it was just a way to save me. It had been about two weeks since the surgery, I’d be dead right now anyway. What difference did it make? I’m not sure how I got the doctors to listen to me. Maybe it was a part of my powers. I wanted that chip out of my head, even if it killed me. So with no emotion, I went to the doctors and I asked them one thing.

“Can you keep a secret?”

Okay, so you are writing a novel. *flexes fingers* I have recently published my first three novels, and all of them have been doing well so far. I am working on the fourth and fifth ones now. Getting your first novel published is a really inexplicable feeling, and I am happy that you will experience it soon. Tip: don't worry about the number of pages it will have (I did that and it got me into trouble). Also, review your book at least twice as a reader- once for grammatical mistakes, and once for quality of the story- before publication. ...

Wow!!!! Thank you so much! That was really helpful, I will surely keep those things in mind! What genre do you write and what are your books called? I'd love to read them!

I usually write fantasy 😊 Their names are Half Past Eleven, The Eternal Gems and Souls No More. They are available for publication only in India, so I am still working on international. If possible, can you please look them up in notion press? It's a self-publishing website for authors. You can try it too! It's really fast and easy.

Two of them are in a series... Half Past Eleven comes first, and the Eternal Gems comes next. Souls No More is a stand-alone.

Okay, I looked them up in notion press. They look great! I'll definitely try to get them 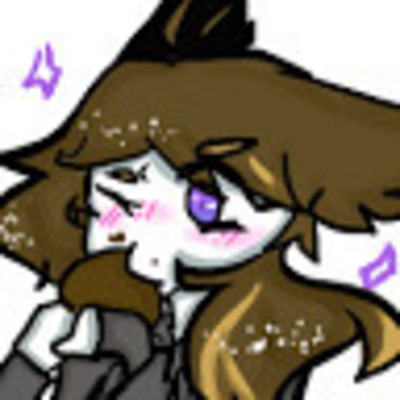 Oh my God, this is yet another piece of amazing writing! Seriously how do you get all of these ideas? Oh yeah, I also have a character who can read minds as well (no I didn't copy you or anything, I actually made my character a long while ago before we even started online school), so they're mindreading buddies LOL.

Awwww thank youuu! I love sci-fi, so I guess I have a lot of ideas for sci-fi stories. Oooh, cool! Did you post it online somewhere? I'd love to see it if you did!

Oh yes, I posted her on my Reddit so that there. I usually come to your page when I'm looking for a good story to read - and I'm not just saying that. No pressure though, just saying your stories never bore me!

Oh dang this was fantastic. An amazing take on the prompt. Excellent joooob

Thank you! It's definitely not my best but glad you liked it!

Hi, Suhani! Just dropped by to say that I just posted a new story! If you have time and want to (duh), would you mind checking out ‘Day of the Choosings—Part 1’? Thanks! Bye! 🍩🧃🍩, Aerin

Of course! I'll check it out now.