Zoe solemnly opened the polished door to a creak.

“Password?” she demanded. The other woman standing outside was dressed in casual clothes, but she clutched a briefcase and her face was all serious.

The woman holding the briefcase stepped inside the meeting room where there were already two other people present. Zoe strode across to the instant coffee machine and brewed herself a cup. She turned to the newcomer. “I believe you come with information on the target, Agent Cyan?”

Zoe shook her head. “No, but Ivory and Coral are here. You may discuss with them whatever concerns them until then.”

Agent Cyan sighed. “As you say, Agent Crimson,” she spoke.

A woman in formal wear and high heels was sitting at the far end of the table, swiping through her tablet. She looked up to see Agent Cyan approaching her.

“Well, well, Cyan… what do we have here?” she sneered. Both of them stared daggers at each other for a moment, and Agent Cyan relented, clearly considering bringing up a fight a complete waste of time.

“Have you finished scanning the area, Ivory?” she moved on. Agent Ivory, the elegant woman, laughed softly. “Were you expecting me to fail? Me?”

“Just shut up and tell me.”

“Fine,” Ivory agreed. “Maximum part of the target place is covered very well by surveillance cameras. We have one potential escape route, but we will need to hack into the systems and shut down that camera momentarily. I can only guarantee you about seven minutes before the alarms go off.”

“That’s all the time we need. Well done,” Agent Cyan breathed in relief. Agent Ivory was a snob and totally uncooperative, but she was really useful when bribed with a limited edition lipstick.

Agent Ivory casually saluted her. “Anytime,” she shot back.

Agent Cyan moved on to Agent Coral, who had her headphones on and was deeply immersed in the music, both feet on the table top. She flinched when Agent Cyan wrenched the headphones away.

“Ah, you could have just tapped me or something!” she complained irritably. Agent Cyan smirked. “How are you getting on with your work?”

Agent Coral looked quite like a teacher- maybe she was one. She adjusted her spectacles before rattling off everything she had gathered.

“It’s bound to rain this whole week. We must make a move next week, when nobody is expecting it. The building is busiest during the evenings, and that’s quite obvious. We must use the crowds to our advantage, and start the job at around eight o’ clock. It will be pretty dark outside too, so our escape will be covered.”

Agent Cyan gulped at the outflow of information hitting her. “O-okay, thank you. We will act upon it.”

And Agent Coral snapped her headphones back on, unbothered by anything that was going on around her.

Agent Cyan went to the final person who she had to talk to in the room. “Well?” she paused at Agent Crimson. Agent Crimson was chewing on bubble gum. It popped loudly when Agent Cyan came near her.

“Uh… what was the task you gave me?” Agent Crimson said, quite unsure. Agent Cyan rubbed her forehead. “You’ve got a really bad memory. How are we supposed to pull this off if we have someone like you on the team?”

Agent Crimson looked offended. “Just… tell me what I was supposed to do. I’m sure I will remember it.”

“The distraction element… that’s you, right?” Agent Cyan sighed again in frustration. Agent Crimson slapped her palm to her forehead. “Oh yeah!” she exclaimed. “Well, I’ve thought it out. Should I show you?”

“There’s no need for a role play, Crimson. Just tell me who you are going to distract,” Agent Cyan was losing her patience. Agent Crimson leant against the wall. “I slap a police officer over parking issues. Simple, right?”

“Yeah, totally simple.” Agent Cyan rolled her eyes. “Except, that’s a sure way of getting caught! You must bring public attention over to yourself. A parking area is not quite ideal. Enter the target location and do whatever you want to the police in there. Got it?”

“Aye, Captain,” Agent Crimson laughed, and immediately started rehearsing how she would go about ‘the distraction’.

Yes. Their whole secret society was made to fulfill Agent Azure’s dirty work.

Well, thought Agent Cyan, it was not all bad. True, they did bad stuff in here, but they got a share of what was being earned. After all, not even a single member here was working for the sake of the other. It was all revolving around selfish ends.

Suddenly, a sharp knock on the door made all of them stand up. Even Agent Coral heard it through the loud music banging in her headphones.

A chuckle escaped the door into the room.

“Yes, even though we know who you are,” Agent Crimson spoke in deadly silence. A low growl emanated from the person standing behind the door. “Sheesh, don’t you guys just let your leader in? I thought you did.”

All of the members stared wide-eyed at each other. This was not Agent Azure! Who could imitate her so well?

They got another surprise a few seconds later in the form of the sound of a resounding punch and a body falling to the floor. Agent Cyan breathed in relief. “Our leader has arrived.”

They threw the door open. A very old lady stood over the unconscious body of a young woman in her twenties. She seemed to have knocked her out cold.

“Agent Azure,” the members greeted her. The old woman walked in, smiling and nodding. “So, has the robbery been planned?” she asked them. They nodded. She turned towards the unconscious woman again. “My dearest daughter… she was trying to stop me from coming here.”

“But… why would she?” asked Agent Ivory. Agent Azure laughed wildly. “We are about to rob that ice-cream joint from the mall, weren’t we? Maybe she’s jealous.”

“Well,” Agent Coral piped in. “She ought to be. We aren’t the Foodie Society if we don’t steal good food.”

Hello dear readers! This is my first time writing an official mystery story (which I tried to turn into humour), so please give me feedback on how I can improve! Thanks a million for staying with me😊💜

Nice story! It felt just like a secret organization like SHIELD or something, until the end when it's just a lame food-stealing society 🤣. Score: 4.5 out of 5

This makes me laugh. The ending is so funny! Good work!

It's a wonderful story! Please read my latest story The Secret Organisation { Part 2 } and Just one request where do you live and whats your books name which you have published 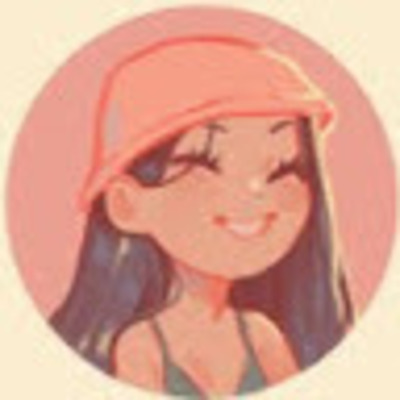 Wow I loved your story! It was so much fun to read and the ending was very funny. I would love to read more if you write a second part. :)

This was so funny lol. This was so fun to read, even though it was humorous, the mystery was still awesome. While I was reading I had this spy music playing in the back of my head, like I could picture playing over this. Good work on this. Side note: please go check the murder mysteries I wrote, thank you!

Thank you so much for reading! Sure, I'll check out your stories! :D

This was a good story! I fell off my chair by the time I reached the end :'D

Thank you for reading! And also for the appreciation.

Hilarious story.Great job. Would you mind reading my story “The dragon warrior?”

Fantastic job! This was really good and I loved the detail.

Okay, thanks for the suggestion!

P.S. do you mnd checking out my recents? Feedback would be nice too! Thanks!!!

Sure, when I get time! I really love your writing!

I'm sorry I replied so late. I was wrapped up in school work. 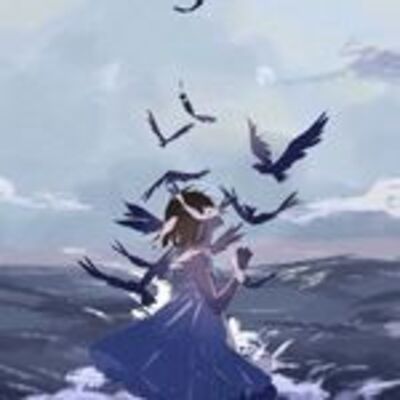 Haha, I loved this! So fun :) Would you mind checking out some of my stories here? Thanks!

You asked me to read it, I am here. It's a wonderful story. Keep writing.

Thank you! :) Is there any room for improvement?

So funny and great job with all the dialogue !

Thanks a million! I am happy you read my submission. :D

I loved the naming of the characters with colour and enjoyed the twist at the end, Pranati. Keep writing! P.S: would you mind checking my recent story out, "Yellow Light?" Thank you :D

Thanks a lot for reading!