The City Of Gold

“What’s the matter Rose? You aren’t showing anything?”asked Jack. “I don’t have anything to show except this old ruddy parchment.”said Rose. She handed it over to Jack who took a glimpse of it. “Oh my god!” exclaimed Jack. “It’s a very ancient Egyptian manuscript. Everything in it is written in hieroglyphics. But I can read it as a I have done a course in understanding weird languages.”finished Jack.

He started to read and understand it. After reading, it he said “It’s a map. It leads us to a place called City of Gold. It’s somewhere 1000 kilometres away.  Rose, does your mom have any information about it?”said Jack. “Yeah she might be having information about it but she never mentioned anything about it”,replied Rose. “Can you call her?”asked Anne. “Yeah if u can call her, we can get some information”,said Ronnie. Rose called her mother, she picked up the phone and the conversation started.

“I am fine daughter. How are you?”,asked her mother.

“Mom I wanted to ask a question. Can I?”asked Rose.

“Yeah why not! Ask anything freely”,said Rose’ mother.

“Mom remember you had given me a parchment and said that keep it safe. Can you give some information about it?”

“No I just wanted some information for my college project(lie).”said Rose. “Bye mom”

“Bye”,said her mother and disconnected the call.

The phone was on speaker so everyone got the information and Jack noted it down on a paper. “So what should we do? Go and search for the city of gold or let it remain a secret?”,asked Ronnie. “Obviously it should not remain a secret. We will go and find it out that is there such a place or not”,replied Rose. “So we will leave tomorrow for our journey, right?”,asked Anne. “Yes.”replied Jack.

It was 9 o’clock in the night so the four went to bed. Next day they woke up by 6 o’clock, packed their things and left home by 7 o’clock. As it was a hieroglyphic map, Jack read it and told that the city was located in between of a forest. So they took a flight to the nearest airport which was in Brazil(which was still 100km away). They took a taxi from there which dropped them just 10kms away. So they still needed to walk roughly  90kms. They could not cover the whole distance in a day so they decided to cover It in 4 days.

So they needed to walk 22.5 kms a day. On the first day, they followed their routine and walked 22.5kms. After the distance, the built up a shed to stay for the night. Ronnie collected the sticks, Jack found ropes, Anne bought leaves and rose applied her nail paints. The shed was not perfect but was enough to spend a night. They all slept by 10 o’clock. Next day they woke up by 6 am, changed their clothes, brushed their teeth and continued their journey.

They again followed the same routine. They had collected some sticks so that if an animal attacks them, they can scare it away by lighting the sticks with a special lighter which Ronnie had. While walking through the forest, a big thorn had pricked Rose on her leg so it was paining. They had walked for 22.5 kms as per their schedule. Then they made a shelter again and stayed there for the night. Next morning when they woke up, something happened.

The place where the thorn had pricked Rose had started to bleed drastically . She was crying because of the pain. She was not able to stand. Jack told them that they will not continue their journey today as Rose would not be able to walk. In the mean time Anne had applied cream on Rose’ leg and had given first aid to her. The day passed very quickly and it was night time now. They all went to sleep when suddenly a voice woke them. It was the roar of a tiger. When Ronnie went out to check what was it, he got a glimpse of a tiger hiding in the bushes ready to pounce on its prey. The four had to do something or they would have risked their lives.

Suddenly Rose thought of an idea ,“Guys, remember we had kept some sticks aside just in case of an encounter with an animal! We should use them now. This  is the right time!  Jack bring out your light and Ronnie, get the sticks!” Rose was sounding as though she was the most confident person in the world. Jack lit the wooden sticks and took and went out of the tent. Ronnie followed him with another lit stick. Tiger came near to them but as soon as he saw the fire, he ran away very quickly.

When they went inside the tent, they thanked Rose and then went to sleep again. Next day they woke up and continued their journey. Rose’ leg was fine now and the bleeding had also stopped. They continued their routine for two more days. Now it was the last day of walking the walked for hours and hours and finally reached their destination. There was no sign of city of gold anywhere. Everyone was disappointed and angry.

In anger, Jack stomped on the floor very hardly. They could hear a noise that stated as if the ground was hollow. They started to dig the ground. After a few meters, the ground suddenly burst open and the four went inside. It was like a slide in there. They fell deeper and deeper and landed down with a great thud. From there, they could see the city of gold. There eyes were gleaming with the colour gold. They scurried off to the place where they could see the city of gold. They soon reached the place. It was not as big as a city but was as big as a layout. They filled their bags with gold. Then Ronnie said “Guys, what will we do of so much gold? I think we should take a lot of gold, turn it Into cash by selling it in a jewellery shop and donate the cash to the poor.”

They all agreed with the idea. They all took some more gold and climbed up to the ground with the help of the stairs that had been kept in there. They walked for a kilometre and found two horses chewing grass. They sat on them and covered the distance back to the taxi stand just in an hour.

They all returned back safely.  Rose’ mother was also proud of her. They turned the gold into cash and donated it to the poor. Rose just asked her friends to keep it a secret. They were awarded for their donation. They were all happy for the contribution towards the society.

And also thanks for following me!! :D

For helping me in my stories

For the upvotes on my comments

Thanks to everyone for your likes

Thanks to the ones who followed me

Thank you for the likes and comments

The new story of mine The City Of Gold is submitted

Really nice story! I think you should watch out for grammatical errors but the plot was great. I loved the characters too. they weren't over the top and just seemed very real! Not sure if I'm making sense, lol. But I think you did a wonderful job! Whenever you're free, would you mind checking out my recent story? Stay safe and keep writing!

Yeah sure I will check and read your story and uh would you mind following me.

Thanks to everyone who liked my stories 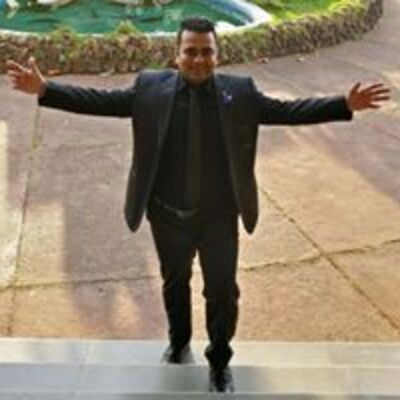 Nicee Just one thing... I don't think anyone's mom says 'I'm fine girl' 😆😆 to their daughters. Overall, good job, maybe could have been described a little better but cool.