And Then I'll Start Fresh (Part One)

Submitted for Contest #54 in response to: Write a story about someone looking to make amends for a mistake.... view prompt

All afternoon and evening I think. Today’s easy. There are just five people. Four of them are ill and then there’s a man with a gash on his hand. Got it at work somehow. I dunno the details because Rohan and Andrew were with him. There was this one woman, seemed like she was dying. But she didn’t.

We’re all mostly subdued, because of what happened. And I catch Conor looking at me. Not sure if he knows or just suspects but it’s pretty awful. Condemning yourself is a lot easier than having someone else condemn you. But Rohan isn’t even suspicious and that might be worse. He smiles at me in passing, quite gentle, and guilt shudders in my stomach.

Try to think reasonably. The explosion is trapped in a fixed moment in time. From now on it’ll only get further away. We’re still in its aftershocks now but soon enough we’ll have years between it and the present and that’ll insulate us. And the next one, it won’t happen. I decided that. I’m not used to deciding something alone.

“It’s nine o’clock,” says Rohan eventually. I wasn’t expecting him to speak and I flinch. I’m on the floor looking at the medical illustrations in one of the textbooks since I’ve nothing else to do. Conor is bustling round the woman’s bed, the pneumonia one.

The day felt like five to me. I bet it did to Conor as well but he’s like that in everything. A suck-up. Every night before we leave we stand at the desk, sleeves rolled up, like actual trainees or apprentices or whatever, and Rohan gives us a coin each. One bateaki, a pretty good wage here; It’s not the new currency but it’s still accepted everywhere here. Then we wash our hands thoroughly. We keep cold salt water by the door to clean things up. It’s better than having to boil it every time. It’s not true that salt has the mafic in it. That was explained to me when I was just a kid, about six years ago, by a couple of the older Keller boys. It just cleans things well. And kills slugs. I asked if the magic existed at all and they called me stupid. I hadn’t seen it then. In a later year one of the Healing people came to Redware and I did see them heal a man. It was this construction worker who’d been hurt. Lottie saw it too. And Ollie and Slater. There was no trick.

So we leave. I head up the street with Conor before we go in opposite directions, but we don’t talk. There’s mourning banners everywhere, all faded blue. I think of all the pieces Meraubach Road is in now. It was paved. I don’t know if it’ll be rebuilt that way. I only carry blame for that one, and only some of it. I don’t know the names of the other places. Death toll is over two hundred. They say.

The girls have been busy. What we do most days depends. Mostly I’m at the Montero Foundation building with Rohan now, learning to be a doctor. Sometimes they are down at the market stalls or the port, but generally they make clothes and then sell them. Today there’s fresh milk. Some has been left for me so I drink it and then we sit in the dark.

“Are you two still fine with this?”

Here’s the idea. Tomorrow I’ll go down to where the first stash of material is. The stuff’s very delicate, it gets ruined with water. I was always told that when I was helping make explosives in the past. I know I’ll be able to destroy it pretty easily. Then we’ll have to leave Redware, fast. There are five hundred ways someone of Keller’s could figure it out and we don’t want to risk it. I’ve seen stuff happen before to people who try and leave, let alone do something else. And they’ll assume Lottie and Rose knew. So we’ll all be getting out of Redware, finally. This closed little hell of a city.

Not on the side of Keller’s group. Who the hell are we with, then? A sudden burst of fright grips my chest. I’ve been with Keller’s group since I was nine or so. It’s like having something ripped out of me, leaving.

Rose snorts. “Have the past two years not been scary, then?”

“We’ve never been anything else.”

“Ollie and Slater helped you before because they’re your friends, Jacob. The whole damn organisation never has.”

At this point Lottie tells Rose to shut up, which she does. I’m already shaking with anger but there’s no point making it into a fight, it’ll just end with all three of us pissed off at each other and we’ll lose sleep.

During the night I cry intermittently, and when I wake up it’s five or so in the morning and time.

“There’s nothing to follow now. It’s all just wrong.”

I feel sick. I’m trying to explain to Rose, as we walk along to Sheyminister, about why I don’t want to do this. She glances at me with what I think is worry.

“Why did you ever think it wasn’t?”

What I’m getting at – I thought we, Keller’s group I mean, were working towards justice, and now I don’t think so. So everything in this place is just broken paths and dead ends.

“I’m sorry Jacob, I forgot how angry you get when someone pulls you out of your little world.”

She’s using her tone, the one that’s all calm and cold and superior. It’s the same one she uses when she says superstitious. And it’s all an act, cause she gets pissed off so easy. She says she’s from Waterness, that she left last year. A lot of stuff was happening then and it got too violent to stay in for a time. It’s true she arrived last year. Me and Lottie aren’t sure about everything else. It was mainly Lots that took a liking to her at first – she does that sort of stuff.

“It’s not my damn world. I’ve been with them for six years. I was fucking nine or something when I started training. And it’s important. Don’t know why you can’t seem to care about anything.”

“I care about plenty of things.”

“You don’t act like it. Maybe if you’d shut up every once in a while.”

Doesn’t matter at this point, what we’re saying. What matters is we’re beating back our terror and everywhere’s silence with raised voices. We haven’t fought like this in ages, not since last winter when we were still trying to figure out if we were friends in any way.

Keller’s organisation is disorganised always. That’s how we’ll make it work. It’s really simple. Last week I said to Slater that Anna said to me that Keller’s saying he’ll give a reward to one of the mentors for the most dedicated student. I’m mentoring Frank and Charlie and little Elizabeth right now, Slater’s Liam. I told Slater I was making mine volunteer for stuff – specifically this particular guard post during night because they were struggling to find people for it. Which was probably true because no-one likes that sort of thing, it’s shit. So then, of course, Slater volunteered Liam. I had some other plans in case he didn’t but it went ahead fine. Liam knows me well enough. I have a bit of a reputation round this area – Rose and Conor say I’m making that claim up but they don’t know anything anyway. And Liam’s only ten or eleven so he kind of looks up to me – more than my own three trainees. It should work.

After a while we stop, to wait for Lottie.

Right from the first line this story intrigued me! You did a great job here with your story. Like the others said, it took me a little time to understand and get your style, but once I got the hang of it, it flowed really well. Great job, hope to see more! :) Please check out my stories too :)

Thanks for the feedback! I'll look at yours. 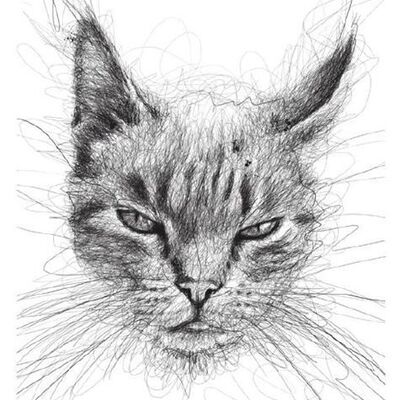 Hello Eleanor, I found this story to be very well-written. Unfortunately, I feel like it may be difficult for me to give a meaningful critique. While I found your story to be well-written and to have a nice flow to it, I just couldn't help but feel lost throughout it. I read it a second time and I feel I understand what's happening a little better now but it doesn't change the fact that you keep piling more and more on the reader--character names, place names, allusions to past events, small, but important, details about this world you...

Thanks. I see what you mean. I'm trying to work on making my writing more clear - I probably did include too much. I didn't really think of structuring the flow of info before, but I think that might help.

Hey I am still a beginning writer so my feedback won't be as detailed as yours but here it goes. I love your style. It's conveys emotion beyond the words. I also think you have a gift for description. It is absolutely necessary in a story like this one because it's not about something we see everyday, something of which we already have a picture in our minds. I did find it a little confusing. I'm sure part of that is that it's just part one. I assume that means there is more to come but I was still a little lost in just this part. I'...

The mistake was his involvement in the original bombing, and he is trying to stop the next one to make amends. I probably didn't make that clear enough. I have a problem with being vague and unclear in my stories that I'm working on fixing. Thanks so much for the feedback!

Don’t put too much stock in my questions. It could be a weakness on me as a reader. Are you going to write part two? I’d like to read it if you do. You have a gift for description and you are very creative. I’m looking forward to the next chapter.