Submitted for Contest #54 in response to: Write a story about someone looking to make amends for a mistake.... view prompt

I love my much older sister. I really do. And believe me I wasn’t even angry at my sister Ann when I made that tiny error and burned her house down.

But sometimes these things just seem to happen.

Be honest. Haven’t bad things accidentally happened to you?

And weren’t you sometimes partially responsible?

Nevertheless, like that therapist said, I did what I did, and it was what it was, and that was why I got community service and……but I’m getting way ahead of myself here. The therapist—and I didn’t care all that much for her really—suggested (required actually) that I take the time to write all of it out and tell the story. Would I have done it otherwise? What do you think?

Anyway, for starters, I guess I’d better tell you something about myself. And right here I want to tell you that I may not always be in the right tense or have the spelling down perfectly, but my career pattern has led me in a different direction. I’m not an official author. I’m more or less a thinker.

I’m a 40ish-or-so-year old woman (math has never been my forte)—so I really do try to keep a calculator with me. I’m, and have always been, somewhat good looking in a Meredith Montera sort of way. Most of my parts work reasonably well but my brain sometimes does misfire, malfunction or whatever—maybe from thinking too much? You also need to know I’m mostly a good person who sometimes does bad things (I did learn that from a therapist.)

Oh, and you might want to know that I was formerly married to a man named Basil who was a controlling donkey. The therapist said I could describe as long as I kept away from the f-word, which I almost never use because as you’ll learn I’m a person who almost attained middle class status. Basil and I didn’t have any kids. And while we married, we lived paycheck-to-paycheck like most residents of Springville, which is the name of the town I used to live in.

Then, fortunately or unfortunately (the jury is still out, it’s a day-to-day call), Basil died and left me penniless—actually, following the funeral, and my liquor store bill, minus penniless. As a result, one of my prominent features became the fact that I was poor. After Basil’s death and the funeral came the house foreclosure so I secretly moved in with my sister Ann and her granddaughter Katie.

And a short time later, I accidentally burned Ann’s house down with, of all things, a birthday candle.

Without a place to live Ann, Katie and I secretly moved in with our other sister Gloria. Soon I started making a list of things I could do for Ann to make amends for what I did. My two best ideas were to make Ann filthy rich or buy her something she’d never buy for herself. How about a second hand coffin? Ann, who is hard to please (don’t worry, she knows it) was just a tad blown away when I brought it home. I planned to use it for a coffee table, of course, and so much more. Think storage, for example after I lined it with pretty floral paper of course. Ann, who had spent her life as a to-do-list bank teller is a detail clone. As such, then, she often expressed a clear lack of appreciation of such second hand finds such as the five-foot dancing snowman, the zebra light fixture, and the 3’ by 4’ Poodle print. Ann has suggested, well it’s more than a suggestion, that I don’t use my brain enough and I love too many inanimate things. It’s quite the contrary, of course. I’m always using my brain. I can’t even think of a time when I wasn’t thinking. Often times, in fact, I’m thinking so extremely hard that sometimes I overlook the completely obvious—like say an unattended burning birthday candle.

Anyway, back to the coffin. I know what you’re thinking. Yes, it was empty, and no, it had never been occupied. Everyone across the street at the Quilt-r-die shop found it hard to believe that we fitted it into my (Ann’s) hatchback car. They may have dropped a stitch or two when I recruited the help of two men who were waiting to pay for their wives/ girlfriends purchases and were thrilled with a do-it-yourself project. Think two casually dressed pallbearers wearing baseball caps and laughing as they gently rammed the coffin into the back of my car like they were stuffing a thanksgiving turkey. I didn’t mind the slight distressed look, I never have. Getting it, the coffin, wedged in the car (and now I have a much better understanding of why hearses are as long as they are), I carefully placed an old bright red shirt inside the feet end of the casket and closed the top so the red shirt could flap in the wind to warn other drivers that they were encountering a hatchback-plus. I’m certainly conscious of the need for traffic safety.

Passing Sam’s Chiropractic, even the inflexible people who were entering the office managed to pivot and drop their jaws in response to my wave of hello. It’s worth noting that the silly local paper made a big to do about the coffin moving experience which, at the time, was so overdone as I only bent two stop signs, one bus stop sign and a small poorly built brick retaining wall on a home that if the truth be told needed tearing down anyway.

As it turned out, Ann, who was initially skeptical, turned into a believer when I told her of my complete plan and poured her a second Big Gulp glass of Two Buck Chuck. I often rely on Chuck to help me ease her into my projects. This particular idea I named The Halloween Entrepreneur Plan or the Scare Yourself Rich Plan. We would build a haunted house Gloria’s living room and charge admission. Both her house and the garage were a maze of boxes already. I’d only dented a few of those in the garage when I accidentally hit the gas instead of the brake (and who of us hasn’t done that?) And don’t be over concerned for that event, because no one was hurt and in the process and I’ve become significantly better at patching drywall. I assured Ann that we’d be rich by October 25th and by the 31st we’d own the bank (somehow, drinking seemed to increase my optimism and her belief.)

Therapists like it when you get to the solution before the next patient arrives. So what surprised me the most was when the same local newspaper reporter knocked on my door.  At first I pretended no one was home because thought he wanted money for the retaining wall.

“I’d like to get a picture of you with the coffin.” He said as he pointed to the coffee table. “Maybe you could tell me a little about it and what you plan to do with it.”

So I shared and Ann got her picture in the paper. It’s all she has been talking about for weeks. Actually I’m getting a little tired of her story until she get to the part of how she has the best sister (me) in the world because accidents happen and nobody’s perfect.

I really enjoyed this story. The continuous mind banter of the narrator is so funny and endearing at the same time. I love the quirks and all! Great job!

Another super creative story. Had me laughing out loud!! Amazing job. :) 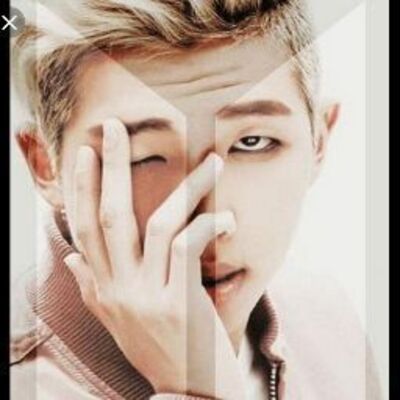 Thanks for taking the time to comment, it means a great deal.