Everyone Deserves An Another Chance

Those were the days of 13th century. Sumeru the samurai thought of leaving violence and turning into a knowledgeable priest. He walked down the lane and finally reached his destination-the head priests house. Head Priest was the most important personality in the village. He had many magical powers.

Sumeru knocked on the door and it opened by itself. He walked in and found that the priest was in his meditation, floating in mid air. He sat there till when the priest’s meditation was over. It was an hour. The priest opened his eyes slowly. “Samurai Sumeru, any reason you have come here”,asked the head priest.

“Hail the head priest, I thought of quitting violence and turning into a priest. I am tired of killing people and by bloodshed. I want to be knowledgeable like how you are. I want all the knowledge in the world. I want to turn a dead into a alive person, I want to talk to souls, I want to talk to animals and creatures, float in mid air, have communications with the almighty gods and many more powers.

“You may join me as my personal assistant son. I will give you all the knowledge. But it’s not that easy how much you think. You will have to continuously remain awake till a week till you gain all the knowledge . Can you do It?” “ Yes I can do it”said sumeru confidently. “You may join me after a month. The cold January month passed very quickly and it was time for Sumeru to join the priest’s sessions. He knocked on the door and as usual the door opened by itself and priest was floating in mid air. The priest landed down on the floor mat with a thud.

“Come my child come. Sit down beside me.” They both sat down next to each other. The the priest said “This is very advanced knowledge my son. To gain this knowledge as I said before, you will have many sleepless nights. This will drain half of your energy, plus you will have to learn many chants too so If you can’t do it , you can quit now.

The floor was made of strong wood which was shining as it was polished. The priest started the fire with some kind of a fishy smelling powder. The fire changed Its colour from red to green to blue each of the time when the priest put some kind of liquid in it which rather smelled like coconut oil but was of yellow colour.

He was feeling very hungry and thirsty but he was not allowed to go out of the priest’s house. He hadn’t eaten anything since three days and he used to get water once in a day that to only 100ml. Whenever he asked the priest to eat food, he would get a bland NO in return. Fourth day passed and Sumeru learned to talked to the dead.

Fifth day passed and he learned to communicate with animals and other creatures. Then suddenly something happened that night. Sumeru started to feel weak. He collapsed down when he was standing and he fell unconscious. Next day he woke up with the priest’s shouts. “How dare you boy! You are a cheat to religion. I had told you not to join my course. Never come back to me!” “Please don’t kick me out of the sessions. I request you. Please. I just want an another chance.” “Never. I will never give you an another chance. Now get out of this place”

The sad samurai went back to his home. The saddest point was that the priest had taken all the powers he had got back from him.

He reached his home, took a shower and ate plenty of food. He was quite sad about the latest events that happened with him. Suddenly he thought of an idea. If he could impress the priest, he would take him back to his courses. But what could he do to Impress the priest? Could he gift him something? No that was a bad Idea. Suddenly an idea struck his mind. He could do a meditation that would last for years.

That was finally a good idea. He completely ate his food and set off for his journey. He first went to the priest’s house to take blessings from him. The priest was still in a bad mood so he quickly took his blessings and carried on.

He walked to a nearby cave and started his meditation In there. Years went by but he didn’t stop his meditation. Now it was more than 18 years. Sumeru was almost frozen when the priest came to the cave. He provided Sumeru with some heat and finally Sumeru woke up from his meditation. “Come here my boy”,said the priest and hugged him.

“You have Impressed me with your skills to meditate.” “Thank you”said Sumeru. “Now I will accept you as my student and teach you all the skills you want. There was a wave of smile on Sumerus face and he went back home. There he had his bath and scurried off to the priest’s house. He gave Sumeru the powers and skills. 19 years later when the head priest was no more, Sumeru was made the new head priest.

I have done a couple of changes in my story. Any mistake you find other than this, pls tell - Hriday Saboo

Very interesting story Hriday! Nice way to start off! There are no grammatical mistakes as far as I can see, but there are some MINISCULE mistakes. They don't really matter, but I just thought that I could tell you. 1."No that was a bad Idea." <-- Don't make the "I" in "Idea" a capitol one. I'm pretty sure it's a typo. 2."Now get out of this place” <-- Add a period in the end. Another typo, I guess. 3. “ Yes I can do it”, <-- Don't include the comma outside the dialogue, include it inside it, at the end. 4. Don't add dialogues of...

Thanks for the reply akshat, the mistakes were typing errors with Microsoft word. I will surely read all of your stories

Did you even read them? Or did you just like them? I mean, YES, like them, but PLEASE read them! Thanks!

Yeah I read a couple of then and found it interesting 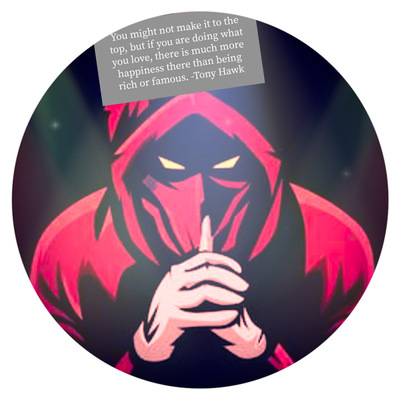 It is a fantabulous story Hriday

Hey when are you posting your story saksham

I agree with Akshat, add quotations and required periods. Rest, the story was nice but in my opinion the title could have been better. -S

Thanks for the advice SIA sharma. The mistakes are bcoz of ms word.

Oh okay, make sure to do a spell check too before submitting a story. Welcome!

Sure I will always make a spell check If u ever find a mistake in any of my story, u can surely tell me - Hriday

Sure! Happy to help.

It's really good story! I think the stories title is little bit weird.

And even followed me

Thanks to everyone who liked my stories

Interesting story Hriday Saboo. You may know this account as Akshat Atal, but I have possessed him as I have many others. But he might break free, he is getting stronger. We shall meet again Hriday Saboo.

Hahaha lord voldemort i Harry Potter shall demolish you hehehehe

He already has. JK Rowling killed me off.

You are not Harry Potter

You can never possess me

I have possessed many others, much stronger than you. I feel that it will be easy to take over your mind.

How, may I ask? You do not even know the art of Legilimency or Occlumency.

Niiiice! This story was creative and an interesting take on the prompt. Samuru the samurai is genius, hehe. I noticed a couple mistakes, like here: ‘it , you‘. Why’s there a space before the comma? There are a couple other things like this so you might want to go through and edit again. Anyways, great job, and I look forward to your next story! ~Aerin (would you mind checking out my new story, ‘Just Give Him a Second Chance’? Thanks!)

Interesting! Wonderful story. Sumeru’s character shaping was wonderful. One thing I noticed is that, in the 3rd para you missed the ending with a “. Except that I think it’s a nice story for the prompt. Keep writing. Waiting for more of yours.... Would you mind reading my new story “Secrets don’t remain buried” and share your views on it?

This is a great story with a unique setting. I enjoyed reading it, Hriday! P.S: would you mind checking my recent story out, "Gray Clouds"? Thank you :D

I cannot find an indication that Sumeru is a Japanese name. 100 ml- metric was not developed until the French Revolution. You should use a measurement appropriate for the time. Samurai frequently changed their position to priest/monk when they retired. The tale is plausible in that respect. Most of the remainder is similarly valid as regards the myths about mystic powers. One point- I am unsure if a power, once learned, could be removed. My understanding of Japanese philosophy is that anything you learn remains yours until you forget...

You did a good job with this story and since it was your first one. I agree with the others on the mistakes since it also doesn't just happen in your first one and major errors are kind of in all of them. though you could just go back and edit em all like you've done with this one ^^ my other advice is that you should continue to make more stories, though only when your not busy or anything like that. you'd get better each time ^^ so ya know what i'm gonna go ahead and give this story? 10/10 :)

Thanks BW but this isnt my first story Thanks

It’s a great story but I found quite a few mistakes. I haven’t put them all because they were quite similiar but just so you know for another time, here are some thing I would like to point out: And, But, Because... cannot start sentences! For commas, no space between the word before and the comma but a space after the comma For the title it should be another not an another Put apostrophes in the right places Spaces after speech marks if you don’t have a comma afterwards because if you have a comma, there should be a space afterwards a...

Wow, I loved this! Great storyline! This is the first story of yours I read and I already love your writing style!