Did you see me on the Tony Awards last year? Of course not. I wasn’t there.

Actually, there was a time, back in my wannabe actor days, when I thought I might actually be on that show one day. But the curtain drew on those wannabe days many years ago. In my defense, it had nothing to do with failing to make my mark as a starving actor; I had decided halfway through college to become a starving writer instead. The fact is that in terms of real interest and true passion, writing always won out.

But that's not meant to discount the value that amateur acting has had on my life; acting in school plays is what brought me out of my red-headed, freckle-faced shell, a shell in which I hid for all of my elementary and junior high school days. Toward the end of high school I found the courage to try out for a play, got the lead, and changed my life. After that I appeared in many plays, and suddenly found myself with a full, engaging social life where once there had been none at all.

So during my first two years of college I eagerly majored in theater. But then, after a few small parts and finding ways to deal with the larger-than-life egos of my fellow student actors, I realized that what I truly wanted to do with my life was write about people instead of just impersonating them. So I made the decision to switch to my major to journalism.

That doesn’t mean, however, that my adult life has been devoid of some theatrical drama. It has indeed. Oh boy, has it! And the truth is that I’m actually happy about that, because I believe that real-life theatrics can only add to the contributions I can end up making as a writer. The more that interesting things happen to me, the better chances I'll have to write interesting things!

Which brings me to one of those real-life theatrical dramas. This particular real-life drama ended up being quite… well… the word Shakespearean comes to mine. (And in a minute you'll see why.) I’m still deciding whether or not to write about this episode, or merely chalk it up to being one of my most embarrassing days of all time that I should just store away in the furthest reaches of my mind forever and a day.

Let me set the scene. First you have to know that I once played Romeo. It was in high school. My senior year. It wasn’t easy. After all, I had to wear tights in front of kids who used to make fun of me even when I wore pants. The red hair and freckles didn’t help, either, regardless of the marvelous words that Mr. Shakespeare put in my mouth: “O heavy lightness, serious vanity, misshapen chaos of well-seeming forms...” and plenty of other expressive lines like that.

Juliet was played by a cute, dark-haired girl named Linda, and she and I got along well during rehearsals. In fact, we semi-dated for a while. If there was any realism at all to our love scenes—and I’m willing to bet there was, as far as the audience was concerned—it sprang from the fact that we liked each other, were attracted to one another, and consistently treated each other with respect, on stage and off. After all, we were serious young students of the theater, and since good acting is all about listening and responding, we listened and responded to each other as if our lives depended on it. Maybe that's what love is all about.

Linda and I lost touch shortly after we killed ourselves on stage, but soon I met another girl, Bonnie, and she didn’t seem to mind a red headed, freckle faced Romeo, either. Before long, we married. Fortunately, our families weren’t at war like the Montagues and the Capulets, and we didn’t have to resort to putrid potions and pointy swords to prove our love for one another. We’ll soon celebrate our 40th anniversary.

Not long ago Bonnie had to take a diagnostic test at the hospital. The staff was very nice and personable. We met doctors and technologists who made us feel relaxed. It was around this time that my job as a corporate writer was eliminated and I was starting to build a career as a full-time freelancer for magazines and newspapers. I was working at home, elated at the prospect of not having to wear a tie anymore and not having to shave every day. I wrote well into the early morning hours, puffing on seriously-chewed pencils and pumped up with murky day-old coffee. I was the bohemian writer I had always dreamed about.

When Bonnie and I returned to the hospital for a follow-up visit several days later, I was exceedingly tired, my eyes mere slits, my nerves rankled. I wore my sloppy writer’s clothes. Wrinkled and torn. I was unshaven. For a moment I worried that hospital security would call the cops. Being bohemian is one thing; getting arrested for it is something else.

I fell asleep in the waiting room. Suddenly I was awakened by one of the doctors. She introduced herself with a friendly smile. I felt bad that I wasn’t in a better state of mind to return the pleasantries. I also felt bad that I looked like a bum. Despite all this, the doctor seemed willing to engage in small talk, most likely to ease my mind about the results of Bonnie’s diagnosis. But with no energy to respond, I simply kept quiet. After another few awkward moments, the doctor walked away.

“The doctor—your Juliet from high school,” she exclaimed. “She came out to talk to you, didn’t she?”

Had I known it was my Juliet, I could have at least acted halfway normal. But that’s assuming that I’m a decent-enough actor to do that. Perhaps I’m not. So maybe I’ll just write about it instead. 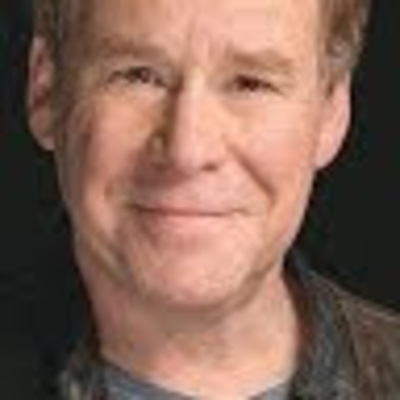 I liked this story. Was rather honest and self-depreciating almost. I liked it. :)