“Get out of my suitcase,” I ordered, crossing my arms and trying to appear mad to get my point across.

My adopted 10-year-old sister, Elsie, laid in the fetal position inside my large brown suitcase. Her hair was spread out under her and she was wearing a pink summer dress. At some point during breakfast she had disappeared and this was the last place I expected to find her.

“Daniel, I want to come with you,” She replied, giving me puppy dog eyes.

I shook my head and smiled. Of course she’d think this is a trip. I gestured for her to stand up and she slowly followed.

“I’m going to college, Elle, it’s not a family trip,” I informed her. “I’ll be gone for a little while but I promise I’ll be back.”

She was now standing next to me with a cute pout on her face. Long gone were the puppy eyes and in its place was sheer determination.She shook her head and stomped one of her slender legs.

“No, I want you to stay big brother,” She whined.

I sighed. I didn’t like this at all. Eversince Elsie was adopted, she’d always hang around me. She never had an older brother before and all her attention easily floated to me. At first, she pretended to be scared but after a few months, she realized I wasn’t her enemy. After that, I was her tea buddy, we went swimming every weekend and I helped her with her math. She was seeing me as an irreplaceable part of her life. Damn..

“Let your brother pack, sweetheart,” My mom jumped in to diffuse the fire.

She entered my bedroom and gently took Elsie by the hand. I know she had tried to explain everything to her in the previous weeks but it wasn’t sinking in. She led her off and closed my room door behind her. I took this time to quickly and carefully pack all my clothes, books and anything else for room and board. As I zipped it shut my phone vibrated in my pocket. I pulled it out and the caller ID was my best friend, Kace.

“Kace, what’s up?” I answered. I pushed the suitcase to the side of the bed and plopped on the mattress.

“Since you’re leaving tomorrow, I’d like to be the best friend that sends you out with a bang! Sounds good, right?” He chuckled.

Sounds bad actually. “All of your plans usually end in failure. I’m scared to even think what you’re suggesting,” I deadpanned.

“Relax, Relax...I’ve fully thought it out this time. Trust me”

I rolled my eyes. “You better not get me killed.”

“You’re 18, you’ll die soon enough without my help,” Kace fired back. “Anyway, meet me in five minutes, at the bus stop down the street.”

I agreed to his silly plan and quickly hung up. Before leaving, I switched my sweatpants for a clean pair of fitted blue jeans and donned a Paramore T-shirt. I slid into my sneakers and headed downstairs. I found my mom cleaning up the living room, Elsie drawing by the window.

With that, I left and quickly jogged to the bus stop. On the way, I tried to figure out what he could possibly have in mind but I eventually gave up. That guy was a hard book to read. I focused instead on what my dream school would be like until Kace came around the corner. He was on his motorcycle and stopped at my feet, handing me the extra helmet.

“Where we going man?” I asked as I hopped on.

I secured my helmet and in two zips we were off. We breezed through Linkin Park and off the highway in roughly thirty minutes, sliding to a stop at a random pawn shop. He parked, we hopped off and I looked around curiously.

“What’s the surprise?” I asked again. The suspense is killing me.

“Well,” He started nervously, “I’m usually a stupid friend but this time I really thought my plan through. You know those glass wrist charms your little sister was all crazy for? I thought I’d get you guys a matching set.”

I was frozen. What’d he say?

“I know she’s gonna be heartbroken when you leave and I wanted to get something for both of you,” Kace continued, completely oblivious to the small tears in my eyes.

Yeah, he normally was a stupid friend but this was huge. I didn’t let him finish talking before I pulled him in for a hug. He was caught off guard but after a few minutes he patted my back reassuringly. It really was a good gesture.

“Thanks Kace,” I smiled. “That’s cool of you to think of my little sister too.”

“Hey, I’ll try to be a big brother in your place,” He joked.

As I started to walk toward the pawn shop, he caught me by the shoulder with an odd look.

“The jewelry store is over there dude,” He laughed.

I looked at the expensive store across the stree. How it had missed me, I had no idea. We quickly crossed the street and entered in. That evening, I returned home with matching Tourmaline stones. They shone bright pink, ringed with stainless steel as a bracelet. I decided to keep it until tomorrow. It would be the best going away gift.

The next day, I loaded my stuff into the trunk of our Honda CRV and mom offered to drive me to the airport. Elsie was tucked into the backseat and Kace came along as well. The entire ride she was silent and I had to laugh, she was really giving me a strong poker face. But it didn’t last much longer when my plane started boarding.

I pulled the Tourmaline out of my pocket, crouched to the floor and put it in her hand. Her eyes brightened immediately but the shimmer soon faded. I gave her a quick hug, gave my mom a kiss and fist bumped Kace. I didn’t want to leave them, almost doing it like my Dad did three years ago. No, I’m nothing like him! I’m coming back. So I had to be strong.

I started walking towards the hangar, counting my footsteps that echoed in my ears. My heart was pounding. I was off to college and I couldn’t be happier. As I handed the ticket to the boarding attendant, I peeked at my little sister one more time. She was holding the bracelet with one hand and wiping away tears with the other. She then looked up at me and through the tears, gave me a huge smile.

Yeah, they’ll be fine until I get back.

That smile gave me courage that I could hold onto... forever. 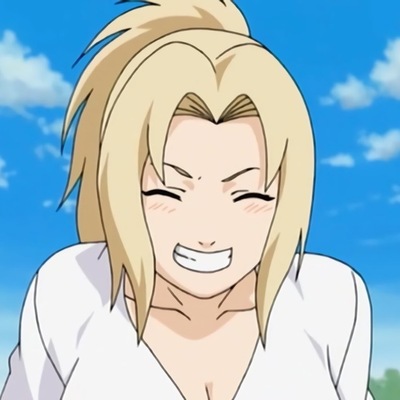 This was so cute! Loved their relationship so much. I loved the opening🤣. The story was really great to read. I didn’t notice any errors. The simplicity made everything so much better and the ending was wonderful. If you’re not too busy, would you mind checking out my recent story? Have a nice day and God bless you!

Thank you so much!! I’ll definitely check it now 🥰

i really loved this im gonna give it a 10/10 cuz you did a really good job at it. And do you think you could check out one of my stories? i'd love to see what you have to say about them. "we know, do you know?" is the latest one

Thank you! And sure 🌸

no problem and can't wait ^^

Aww, I'm such a sucker for sibling relationship stories. The main character and Elsie were so cute. I love how this is a simple, lighthearted story. Wonderful work!

Aneka - Thank you for sharing your story. I loved your opening with Elle crammed into the suitcase and the closing section at the airport. My biggest feedback would be to watch your characters to make sure their actions fit not just the story but their personas. For example, a ten year old is unlikely to stomp her foot unless she is immature for her age. (I know because I currently have a ten-year old. 😉) Five might be a better age for this action. I also question a college, freshman boy wearing a bracelet with a pink stone. Otherwise, your...

Well, we all know he’s not gonna be wearing it around the campus but he’ll have it with him for good luck nonetheless. And yes, his sister is a bit immature even if she tries to be a big girl. I have a 4 year old who behaves really mature BUT still give me a stomp foot when she’s ready 😂