There was no reconciling with the summer sun after noon.

There was no appeasing it, no cooperating, not a single delegation that could make that star calm down. It was a relentless force. It wanted to burn the citizens of the town up alive, wanted to melt the flesh from their bones and incinerate the bones till they were nothing but ash.

The sun wanted to kill them all, and it wasn’t the only thing threatening to destroy them. There was the rumbling hunger that threatened to drown them every night. There were the leering eyes of those more powerful, constantly watching them, constantly waiting for an excuse to cart them off, to lock them up, to separate them from each other. There were the illnesses that had taken their parents. And Oscar, Lina, and Beba Maria had no money for food, security, or medicine. They were scared of the dark, but had nowhere to go once the light of day arrived.

Lina was the leader, the oldest, and the bravest.

Oscar was her brother, the youngest, and the kindest soul.

And Beba Maria was the dying one.

She knew that, yes, technically they were all the dying ones as long as they stayed where they were, but Beba Maria was sick. She had terrible headaches and she had seizures and when she had seizures her eyes rolled back in her head and all the women doing their laundry called her possessed. They said she had the demons all in her body, but Beba Maria did not. She wanted to get to the city, or maybe to another place entirely, to get the hospitals where the doctors could help her. The sun didn’t help her headaches. El sol didn’t help Oscar’s tendencies to cry at the drop of a hat. The sun definitely didn’t help Lina’s irritable state. They were sitting across the Coca Cola stand, eating popsicles and the popsicles were melting. They were dripping on the sidewalk.

Beba Maria patted her friend on the head and he looked up at the older girl with eyes too old for his age. “Don’t worry, we’ll be home soon.” She didn’t tell Oscar they were leaving that night. She couldn’t risk the kid telling anyone where they were going. It was too dangerous for all of them; who knew who would try to keep them there or worse, who would try to follow them. Lina had made it clear she didn’t want more of a responsibility than she had to have.

The sooner, the better, because it was a terrifying journey to make and a long, treacherous one at that. Lina was scared, but her will to make it out of her town alive by the age of twenty was stronger. Though, she wasn’t so worried for herself as she was for Oscar, for Beba Maria. They were like her little pollitos even though she, at sixteen, was only two years older than Beba Maria. Oscar had just turned six last week, and the top of his head already reached her ribcage. It wasn’t that Lina was short, but her hermanito was taller than the average kid. Smarter, funnier, and full of more heart than all the other kids too. Lina would not allow him to be turned to ash. She refused. One too many times she had seen the world she knew to beat down on young people until they broke, one way or another.

Oscar was one of the only ones she had left.

And Beba Maria was running out of time.

The popsicles continued to melt, the deep colors of artificial fruits staining the pavement like runny rainbows. But, Lina thought to herself, it was better than sangre, than blood. Almost anything was, at this point, better than blood. Lina stood up and brought Oscar to his feet with her. She nodded to Beba Maria. “Let’s get moving. We need to get to the docks by five.” The docks were where the boat was leaving, and if they missed it there wouldn’t be another one like it for ages.

Oscar, Lina, and Beba Maria trudged through the thickly sun bathed streets of the city, taking in breaths while trying not to smell the garbage that surrounded them. Instead of focusing on the bad things they would leave behind, Lina concentrated on all the things she would miss.

And she was going places, but were they the right ones?

Oscar only knew what Lina told him.

And Beba Maria’s head rattled so much she couldn’t think straight sometimes.

Lina would miss knowing that every place she put her feet had been stepped in by someone familiar’s shoes, whether they be the worn out soles of Señor Val, or the shiny black soles of the neighborhood’s main supervisor, Mr. Edward.

Oscar had once driven a toy car into the shoes of Mr. Edward. They never saw that toy car again, but Oscar remembered it was silver with red stripes, and that his mother had given it to him for his third birthday. Lina shook the memory off her shoulders and looked down at her hand, closed so softly over her brother’s. She remembered why, no matter how much she would miss the things of her town, she had to get out of there as fast as she could. The boat would leave soon, to take them to the station, and from there on there would be a stretch of land so vast it was seldom crossed successfully, yet there was turning back from that desert sky.

Lina, Oscar, and Beba Maria approached their “house” for the last time. It was a sad sight, but they had to collect their things. A photo album for Beba Maria, a few toys, books for Oscar, and of course, Lina’s guitara. She would never leave it behind, not for all the stars in the galaxy.

And oh, what a week it would be.

Ayyy first comment ~ 💃💃 ~ Anyway, I love how this story flowed....I mean there's fluidity in it which makes it even more interesting.... amazing, Rhonda!! *Ppl are submitting stories day after day and this girl (me) hasn't even started writing hers...what a world!*

Loved this story. You pulled me in from the first paragraph. Nice job!

Thank you, Cara! And I'm so sorry I haven't been commenting as much as I usually do, my keyboard is kind of broken right now.

In an online class right now. Will definitely come back:)

Oh my, I'm back after a very, very, very long time. Anyways, moving straight to the feedback : 1. Lena, Oscar and Beba Maria are my new favorite characters. I absolutely adore them and would love to know more about them. 2. Everything was amazing, Rhonny (I read ur nickname above). Absolutely beautiful. Never thought that a melting popsicle prompt could be weaved into something so amazing. 3.WOW 4. wow 5.WoW Okay, enough of being extra, I love all your stories, Rhondalise but this one has my heart.

:D Thank you so much, that means a lot coming from you! And yes, I will hope for a prompt where I can write more about these kids.

You're welcome! Will anticipate highly for a part 2:)

I thought, what's this, gentle, gentle, Rhondalise getting blood-thirsty. It was good and had me wondering to the end.

I love how you established the characters from the beginning, and I was so intrigued to see how the story unfolded. It was so well-written and wonderful to read! Can't wait to read part two. :)

This. Is. Awesome. Here I am, just reading a really well-written, suspenseful story with some intriguing characters. Thoroughly enjoying - and then all of a sudden....spaceship! Planet! I must know more - I'm so glad there is a part 2.

Beautiful descriptions. Loved the way how the story flowed until the end. So smooth and natural. Great job! 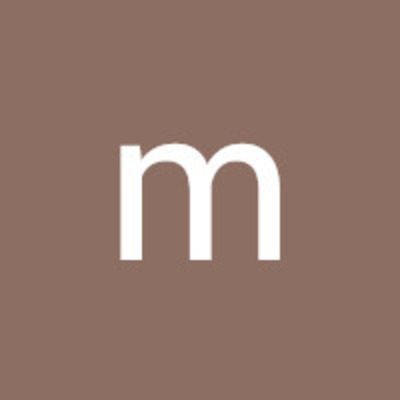 Great title, it pulls immediate attention and the way that you refer to it throughout the story really brings everything full circle. Unexpected ending, but it fits beautifully. 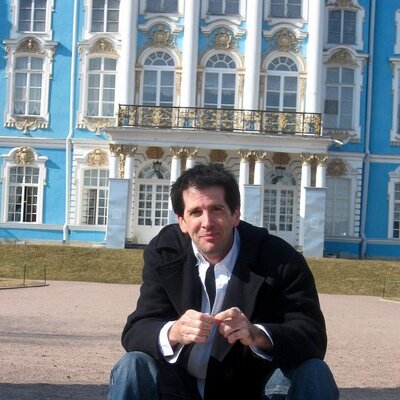 Really like the story and the details you provided about the three characters and their changing world. Please read my latest story ‘Emma’s Promise’ and let me know what you think of it.

Awesome story! Loved the repetition! The first paragraph was amazing and had me pulled in from the beginning. The second paragraph is so visual. Loved the pacing. Think you did an amazing job with this one! Whenever you get the chance, I'd appreciate it if you read one of my stories. Have a lovely day!

I will definitely have to read one, thank you for reminding me!

Really enjoyed this one. It was different and you kept me in the story all the way through. 👏

There are a lot of futuristic offerings on Reedsy but you seem to have a gift for merging real life with the great unknown of the future. I really enjoy reading you. I’ll keep looking for your stories. If you get a chance could you read mine. I chose the same prompt but with a very different story and I’d love your feedback.

Thank you, and I will as soon as I can!

I like the way you used the repetition (Lina, Oscar, Beba Maria) throughout the story. I enjoyed reading it! Would you mind reading my recent story out, "(Pink)y Promise"? Thank you :D

What a week indeed! Great story