‘That’s the last of them,’ She stated as the goblin chief fell to the ground, sheathing Hien, the once mythological dagger of a giant Oni into its large sheath on her back. She walked past the rest of the troupe to the stone deck of the large cottage, her fiery hair blowing with the late summer wind as she exited the sliding doors. ‘You boys can clear this up without me right?’ she looked back at her apprentices who merely nodded before they began organising the clearance from her slaughter. Smiling to herself as she turned, she sat on the deck with her back against the wall of the wooden building she was ordered to relax with her troupe inside for the foreseeable future, resting her generic katana on the ground beside her. The war between the Eiyū and Tekitai-sha clans was officially at a standstill, she sighed as she took out her pipe and lit it with a small, crimson flame she conjured from the tip of her finger; Inhaling the herbs as she watched time fly by with the falling leaves.

The light of the sun had turned the colour of the leaves it peered from when her time for relaxing was over. She had walked and fought the entire morning to reach this point and hold it down, it was a very quiet spot and she was told that nothing and no one dangerous would come that way for at least the next few months. However, the fact that she had been told to hold this place down meant that she needed to make sure she was still in prime condition so that she could fight off even a Tekitai-sha Lieutenant and his men if the possibility were to arise.

She stood up, gripping her katana by its sheath and giant dagger resting snugg on her back. It was time to train before dinner, as she did everyday without fail. She strolled off of the deck and walked around to the back of the cottage where she saw her troupe already taking advantage of the supplies and farm the goblins had built up over the years, It was clear they had already assigned themselves to roles for their time here. I’ve taught them well, she thought to herself as she introduced the pride in her chest to the thick, warm, spice filled air they had created with their cooking. She made her way past where they were rushing to do their food preparation and sorting of supplies, and towards the edge of the field, where the long rows of wheat ended.

Pulling out her two blades she began with some warm up pulses of her energy, synchronising the pulses with the beats of her heart that pushed the energy around her body. Each pump, although she tried to temper it as much as possible, sent a circular gust of air around her, the wheat behind her and the trees in front swaying in harmony as they’d get knocked backwards and return only to be pushed again. Once she felt sufficiently warmed up, she lifted her blades and ran her energy through them. First the katana, being a regular blade, simply set ablaze with her red flames as it was forged by a regular smith. Next the dagger she pulled from the corpse of the mighty Ōyama, her energy ran through the in-built ridges and capillaries of the blade, before it lit up with an icy blue flame that began to turn the blades of grass at her feet pale. She breathed in, feeling the heat fight the cold on her face, and exhaled as she awakened her innate ability. Large goat horns reached from her head toward the sky and scales formed on her shoulders after a stinging pain.

‘Miho-Sama!’, Kouta, one of her lackeys yelled as he jogged across the field toward her. She immediately lowered her weapons to look at the approaching boy. He ran towards her with his armour plates still covering the lower half of his body, but only a shirt covered his torso, looking at his face she saw he was wearing a friendly one that conveyed no urgency; but there was a hint of nervousness underlying what he consciously put forth. ‘Is everything alright, Kouta?’ she prompted as he slowed to a stop in-front of her.

‘Uh, me and the guys were ahh,’ he looked sheepishly at her cold face for feedback he wasn’t getting. ‘We were wondering if you’d like to join us in some celebrations?’

‘Celebrations?’ she slowly started, contorting her face in confusion as she spoke. ‘Uh, well y’know, the boys found some Saké, fireworks and various other fun gadgets in the basement,’ he looked again in a futile effort for feedback from her before continuing, ‘And with the end of this war, at least for now, we were looking to celebrate our new found peace.’ He smiled and gave a slight nod as he returned his eyes to her in confirmation that his rehearsal was finished. ‘I see,’ she said as she glanced over at the rest of the troupe, who were busy either cooking or organising the Saké, pottery and cutlery. ‘No, I will not, and neither will you boys.’ she shot out. Kouta’s face wavered slightly when the words hit him, but he wasn’t going to let his friends down so easily.

As she turned back to continue her training he stepped forward, ‘Aw come on, why not?’

‘We have training to do and an area to hold down, letting our guard down for a moment could bring something of great detriment to our clan’ she rattled off with, Kouta’s face modestly mimicking her earlier confusion as she spoke. ‘Are you serious?’ he chuckled to look at her plain face that gave him the information he sought after, he continued, ‘It was clear that not only were our orders to hold this place down, but also to rest up after our many months of fighting.’

‘Therefore, we should all skip out on training?’ she poked.‘Yes, if needs be’ he said as his energy began leaving his body in a sizzle. Her weaker blade immediately caught his attention, it irked him, ‘I mean listen to your katana, it’s screeching with all the strain you’ve been putting onto it,’ he stopped using his energy to escape the uncomfortable sound. ‘No wonder you were using only Hien earlier, only it can take such immense pressure.’

‘Yeah, perhaps I should get a new sword.’ She responded. ‘Or you could give it a rest,’ He started, before playing to her practical nature, ‘Look, I’m sure you’re growing weary too and it’s not like we’re going to completely let go, another war could easily be around the corner; All I’m saying is we should have some fun and relax whilst we still can’ he listed as he looked at her wrestle with the idea in her head.

‘Fine, you make a good point,’ her scales and horns drifted into the air as embers. ‘Just no fireworks.’

‘Of course not’ he giggled as he turned to walk back down the field with the reluctantly smiling Miho. She sheathed both of her blades and allowed herself to grow hungry from the aroma of the feast the troupe were cooking up.

As they approached the lined up long tables with food and drink covering it, the rest of the apprentices looked up from their various tasks at Kouta, who gave a smile and nod. ‘Let us feast, my hardworking troupe!’ Miho jeered from behind him, he turned to her, surprised at her complete change in demeanor. The troupe exchanged confused glances before cheering and moving to finish whatever it was they were doing.

They all sat around the table, Feasting on salmon, sticky rice, bread and various other delicious foods before occasionally throwing saké down their throats. The food grew less orderly on the table as they burned through it, passing various pieces of the meal to the one who beckoned loudest. Miho turned to another member of the team, Ryouta and spoke giddily in a raised voice ‘So it seems these guys were merchants right?’ he nodded, ‘What other little toys did they have with them other than the fireworks? Let’s have some fun!’ she pleaded, her smile reached toward her rosy cheeks before something across the table caught her attention. Ryouta leant over and reached into a sack he filled with various gadgets from the cellar, rustled his hand past the fireworks, grabbed a small, polished wood box and smacked it on the table. Miho turned from her banter with the other members of the troupe, eyes widening in curiosity. ‘Y’know, I’ve never lost a game of dominoes to anybody’ Ryouta says, ‘There’s not one person I cannot read’

‘Yeah right! Let’s go, I’ll break that little streak you’re so proud of!’ she yelled, hiccuping after letting her voice raise too high.

The rest of the troupe gathered to watch the pair and two others play the game whilst continuing to eat, laughing uncontrollably when Miho would get frustrated and send Ryouta flying from the table occasionally with enhanced strikes. Miho let herself go and allowed herself to enjoy this first weekend away from everything but her comrades. Her katana and Hien relaxing close on the ground behind where she sat. 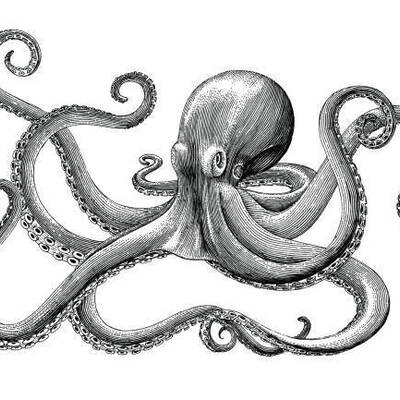 I rarely see fantasy like this in reedsy contests. This was refreshing. Fantasy is my passion. I just have a single question, the term 'troupe' in paragraph one, does it refer to 'troops'?

Yeah, it should probably be replaced with 'Troop', 'Group', 'Crew' or 'Band' Thanks for pointing this out!

Fantasy at its finest. Superb tale. I can see this tale continuing on.