During a fairly warm Sunday morning, Annabelle Rothstine was awake and dressed, scribbling nonsense in her diary. She'd had a rather odd dream last night, but could not quite recall the details of it. Still, there were other things she wrote about. For example; her sister Sabina was turning fifteen at the end of the week and Annabelle wasn't sure what to get her. There was also the prospect of her upcoming move into the dormitories at Herondale Hall University. She had applied for various art and literature classes.

Done, at least for the moment, she put her diary away, tied her hair back and went down the short hallway to the kitchen. Her mother Janet was at the stove top, frying bacon and eggs. Her father John came rushing in, briefcase in hand and his tie done up all wrong. He grabbed a thermos of coffee and a slice of toast, then kissed his wife on the cheek. "I may be late tonight. " "Shall I order takeaway?" "Why not? Love you!." "Love you too. Drive safely."

Sabina wandered in from her usual spot on the couch. She had on her uniform for part time work at the local supermarket. The sisters at once began talking, mostly about boys and how awful they were. Janet smiled to herself as she watched them. They were so close, it was nice to see. She hadn't spoken to her own sister Carolyn in several months.

An inspirational spark hit out of the blue. Janet quickly grabbed a notepad and pen. Ideas for her collection of short stories that she was putting together sometimes came at unexpected moments. Sabina gave her mother a hug before leaving. Annabelle sat there a bit longer, watching as Janet's hand raced across the page. Then she got up, remembering to put the dishes in the sink to be washed.

She threw on an old shirt and stood before her new as yet unfinished painting. It was an enchanted forest. All she needed was to add fairies and other magical creatures to bring it to life. Then she would cover it in glitter paint and put the canvas by her bedroom window where the sun would dry it. Her phone buzzed. She picked it up. Theresa Caldwell, one of her best friends, was calling. She answered. "Hello?"

There was silence for a moment or two. Then a shaky voice responded. "Anna? Can you come to my house please, it's important." "Sure thing. I'll be there in fifteen minutes." "Thanks." Janet understood when her daughter explained. "Text me when you've arrived." "Okay Mum. See you later!" Annabelle made sure she had her mobile, purse and house keys. She took her hooded jumper off the hook by the front door. Then she was gone. Luckily Theresa lived nearby. While walking, Annabelle was trying to think of what had made her friend so upset.

It could not possibly be Stephen Bishop. The two of them were completely head over heels for each other. She wasn't jealous by any means. Still she did sometimes wish that something like what the couple had would come her way. Previous experience had made Annabelle very wary when it came to the opposite sex.

Her first and only relationship ended when she caught Scott cheating on her with Jasmine, a girl she once considered a friend. There were occasional dates with other guys, but no sparks really flew. She was quite content to be free and single. At nineteen, Annabelle felt sure she still had plenty of years left to find her soulmate.

Theresa opened the door before she was even done with knocking. She looked like hell. Her usual mane of shiny blonde hair was frazzled and dull. She still wore pajamas. Tears filled her eyes as Annabelle hugged her tightly. Mrs Caldwell brought refreshments. She too looked upset, but said nothing and let the girls talk on their own. "What happened?" "Stephen is in the hospital." "Oh my god!" "It was a motorcycle accident last night. Not his fault. You know he loves that bike and how good he is at being careful on the roads."

"Anyone else hurt?" "The driver of the car that hit Stephen was drunk at the wheel. He got off lightly as far as I am concerned. My boyfriend wound up unconscious. Oh and I also may be pregnant. I was planning to tell Stephen once I had seen my doctor to confirm it." Annabelle shook her head. "Well, isn't this a great start to the new year." "Yeah." "Have you informed everyone else? " "I was hoping you could do it. I'm not feeling so good right now." "No problem at all. Why don't you go lay down?"

Fortunately before the week was over, Stephen opened his eyes. He was happy to see his family,even more so to see Theresa. They held hands as she told him about the baby. Only just three months along, but so far it was all going okay. They'd talked of having children before and did not expect it to happen so quickly, but neither of them were complaining. Stephen proposed and of course Theresa said yes.

Annabelle tried her hand at painting a portrait for Sabina's birthday. Her sister loved it. The Rothstines drove her to Herondale Hall University, pulling up just outside the imposing iron gates. She couldn't help being nervous, but her mother gave her an extra hug and assured her she would be fine. She waved until her family was out of sight.

Somebody bumped into her, and she narrowly avoided falling flat on her face. "Oh my gosh, I am so sorry!" A guy who looked about her age was looking at her with concern. A skateboard was tucked under his arm. "It's okay. I wasn't paying attention either." "I'm Ben." She shook his hand, feeling a slight tingle. "Annabelle. My friends call me Anna. I'm new here." He smiled, obviously relieved that she wasn't angry at him. "Welcome. Please allow me to be your tour guide."

She smiled back. "Alright." Maybe, she thought, as they both walked onto campus grounds, this could be the start of something new and exiting, just what she had been missing in her life. No one knows what the future will bring, but Annabelle had a sense that she was at last ready to find out. 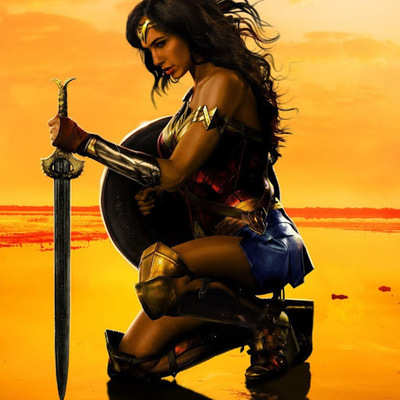