"Dang it Pa, I don't want to go off to college and all." I got to stand firm on account of my Pa is Mike Carson. The man who chased down the Lane Gang by himself. Ranger, town marshal, legend. And ma expects me to live up to it by studying books, of all things. Don't get me wrong. I like Ivanhoe and never met a yarn by Mark Twain as couldn't hold my eyes a spell. But college ain't like that.

"Two weeks," Pa says. "Then you git on the train and take it to college station"

I'm set to tell him no when Ma chimes in. "Cecil, if you agree to go and try your best, you can take the time between now and then for yourself. Ride around. Visit with your friends or even Carlotta Sanchez. We trust you, but college is important."

I know other boys my age as won't take guff from their parents. Jimmy Schneider hit his old man about two months back and rode off with their best mare. But my dad ain't like theirs. He's still tougher than most any man you can name, even without his guns. With 'em, he's deadlier than a pit of rattlers. Then I got Ma to reckon with. A teacher from back east, she's the smartest person in three counties. She still teaches at the black folks schoolhouse and she made darn certain sure me, my brothers, and my sisters all learned proper spelling and all when we went to school with the white kids.

You just can't buck two determined folks like that.

The sun's glinting off the fringe of the surry as Carlotta and I enjoy one of my last days here in Burnet. She holds a picnic basket in her lap and I can smell the fried chicken her Ma packed for us. I keep stealing making calf eyes at her. This time, she looks at me at the same time and our eyes lock. I can near enough see myself in her dark blue eyes, then a call to our left shifts my attention.

During August, land what's terrible-dry turns to powder and every little breeze might make a dust devil. One fifteen or so feet tall tumbleweeds along and torments a rider with his cow. I know the rider. And the beeve. Pa don't hanker to me going heeled, but he keeps a Winchester in the surrey. I get it out from under the seat, rein in, and lever a shell into the chamber. "Jimmy Schneider, why-for are you dragging away one of our cattle? You turn rustler?"

Jimmy, mounted on the Palomino mare his dad swears can run a mile in under two minutes, moseys on over. He's got a pistol at his hip, but most folks his age carry varmint shot for rattlers. He tips his hat back looks us over and makes a big smile. "If it ain't the college boy. Still tied to his mammy's apron I see. I ain't feared o' you."

He sidles his horse close. Carlotta fixes him with a stare, then crosses her arms in front of her ample chest. "Do not look down my shirt, James."

"You don't gotta be so cold," Jimmy says. "I know you're warming Cecil up at night."

"That's my Pa's beeve." I keep the Winchester trained on him.

"An' it was wandering, spooked by that devil." Jimmy hikes his thumb over his left shoulder. "My Pa spotted her by the property line and asked me to take her in."

"We got wire all round."

Jimmy shrugs. "I'll leave her with you. It's all the same."

He loops the leading line around the brake handle, then turns away.

I got no call to say he's a liar, not how Pa reckons the law, so I let him go. I put the Winchester back under the seat, then give Carlotta a look as says I know it ain't right. She twitches the corner of her mouth in a tiny smile. Then her eyes dart to the side and get wide. I hear the shot at the same time as a fist to my brisket knocks the wind clear out of me. I smell smoke and taste blood. Carlotta screams.

I'm not sure what's happening, but I manage to turn about. Jimmy Schneider aims a pistol at me and fires a round. I see the flame lance out of the barrel, then smoke billows, adding to the cloud already thinning around us. Another fist hits me in the belly. My knees give out, but at least I'm sitting rather than lying on the ground. That would be plumb undignified.

Jimmy's saying something, but I can't hear him over the pounding in my ears. Jimmy smiles and aims at me again. Two other fellahs ride up to join him. I don't know either, but they're owlhoots, sure as shooting. Behind me Carlotta yells, "Filthy pigs. You should hang."

I want to do something brave. Ignore the pain and pick the rifle up faster than they can shoot, then put all three in the dirt before they know what I'm up to. Jimmy moves with slow deliberation, cocking his gun for a final shot at me. He's sidling his horse up to the surrey, to get close enough he can hit me betwixt the eyes. Then I hear thunder, but muted like from the far horizon, and one of the owlhoots falls from his horse, his chest a mass of red. Jimmy and the other man turn to look.

Jimmy fumbles his pistol, dropping it onto the floorboard of the surrey. I fall forward, pretty near all I can do, and get it in my hands- still cocked, ready to fire. Jimmy leans close, trying to get the pistol from my hands. I get it pointed at him, but can't get the trigger to pull. Another roar of thunder, closer, but I don't see what happens. Then Jimmy jerks and falls, clutching his side.

Pa's there, to protect Carlotta. I just gotta get some sleep before I go to school. Maybe dad will let me off this semester, while I heal up.

"Cece, You OK?" Pa leans over me. His hand holds the back of my head while he puts the jug to my lips. He keeps one with a damp towel under the seat, so the water is a little bit cool. It tastes delicious. I didn't know I was so thirsty.

"Can I stay home from school this semester?"

"We already sent in the money. Be a shame to waste it."

"You're right." A cloud passes in front of the sun, making it dark. I feel the raindrops, just a couple, falling on my face.

"I don't wanna go to school. I just wanna be a ranger. Like you." It's hard to talk. Did dad hear me? I can't hear him. He presses something into my hand. It's a star. His star. It's too dark, and getting co- 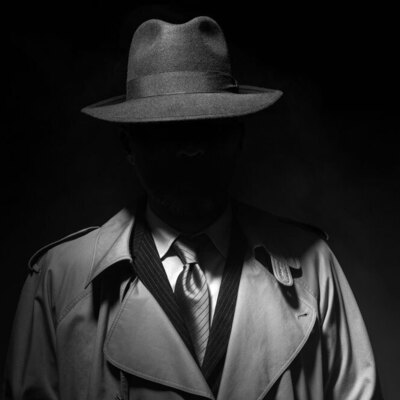 What a story! Lovely description! Liked the strong tone. Keep it up! If you have time, can I ask you to read my story. I really need honest feedback. Thanks!

Great work. I love the twist at the end, I never expected it! I'm looking forward to reading more of your creativity.