“It’s a darn shame Bet,” Bet’s mother stood beside her as the rest of the funeral party dissolved back down the road from the old church’s graveyard. Bet stared at the fresh headstone sticking lopsided out of the ground.

A man with a heart of gold”

Bet closed her eyes and shook her head, “A man with a heart of gold and shoes full of lead- and eyes so full of hope that he was no better than a blind man.”

It had only been two days ago when Johnny had taken a tumble down the steps of the brand new university. Even stairs could not pierce the cloud around Johnny’s head.

Everybody said Bet and Johnny made a fine couple. He had been courting her all summer with sweet nothings and gentleman gestures. While John was going to make a caring teacher someday, Bet could already tell she would have to do the reasonable thinking for the both of them. Still, his smile never failed her. Bet Buttine was capable on her own but smitten by the thought of Johnny and the future he teased. He called her “Ms. Sunshine’ because hearing her own last name made her nose scrunch up.

Only three days ago he had come to her mother’s house with fresh flowers.

She was in her room gathering the sheets off her bed to bring to the washbasin and clothesline out by the shed. She heard a commotion in front of the house. She walked into the hallway and then the front room where Johnny and her brother Terrance were arguing.

Johnny, who looked as if he was gathering up the nerve to try to move past Terrance, stood with his mouth hanging open like a fly trap.  He lowered his head staring at his shoes and smiling when he saw Bet approaching. He ducked under Terrance’s arm and walked up to her.

“For you Ms. Sunshine,” Johnny stuck out his hand gripping the flowers.

Terrance snatched the flowers out of Johnny’s hand.

“Flowers for my sister?” He said tauntingly inhaling the flower's scent with an unnecessary gusto. He chuckled to himself and then dropped the flowers on the ground with a squeal. Ants were swarming up his arm and threatening to crawl into his shirt. He danced around the entryway and grabbed Bet’s sheets wiping off his arm.

“Where did you get THOSE flowers?” Terrance said to Johnny while looking between his hand and Johnny as if Johnny was a dog who nearly bit it off.

“I picked them fresh from a whole cluster of them farther down the road,” Johnny said

“Johnny did you go through Mrs. Moores’s garden.” Bet said looking up to Johnny, his cheeks growing red.

Bet would have slapped her head if it wasn’t for the possibly ant-infested sheets she was still carrying.

“Why don’t you come outside with me Johnny and help me wash these?” Bet said walking out the door past Johnny.

He trotted along like a puppy dog and said “Yes mam.”

Terrance scooted the flowers every so cautiously with his foot out the door, “Some flowers!” he called after them.

Bet tried but failed to conceal a smile as Johnny took the sheets out of her hands trying to balance them over one shoulder as he took her hand in his. She looked up at him and saw he had an ant crawling up his neck.

Though their relationship seemed so finite to Bet as she walked home quietly with her mother on the dirt road, it was sweet and it made her feel something she had never felt before. The coffee served in his chipped mugs in the morning, the way he could correct every grammar mistake she made in letters but would stumble over his own sentences, evenings spent talking and listening to crickets, and even having a hand to hold when hers became cold. It wasn’t the first relations Bet had with a man and she certainly didn’t intend it to be the last, but it really was a darn shame.

That night, Bet was going around the house and straightening things up to distract herself from being too sad. She walked into her own room and smoothed out the sheets, thinking about the day with the ants, and she felt a teardrop on her hand that had unknowingly slipped from her face. She wiped it away shaking off that feeling and bundled up her already clean sheets to take outside to the washboard and clothesline.

She walked out the front and past the barn towards the shed that was lower on the sloping hill the house was perched on. Bet pulled up an old stool rolling up her sleeves as she dumped the sheets into the washbasin. She leaned down scrubbing the sheets clean, her hands cold from plunging them in the water and back out into the cool night air.

The crickets chirped softly and the moon illuminated her hands and cast shadows that peaked out from behind the shed.

“Bet!” A faraway voice called and she sat straight up, freezing to listen, but as the wind howled and the moving around in the basin there was nothing but silence. She went back to work.

Bet froze in fear again. It was Johnny’s voice this time, she knew it. She dropped the sheets into the water which splashed onto her apron soaking her. Her hands flew to her head.

“I’m losing it,” she laughed “Just absolutely have lost my marbles!”

She tried to return to her chore.

She turned around and there he was. Standing above her in the dirt road his arms outstretched. He was wearing a suit and was covered in dirt as if he had crossed heaven and hell and clawed his way out of the earth. His stomach looked caved in, his eyes tired, and his face paled in the moonlight, yet he stood smiling as if he could burst at any second.

He started jogging down the hill and Bet sat perfectly still on her stool closing her eyes and trying to regain control of her consciousness.

The musky earth invaded her nostrils and she gagged. She opened her eyes timidly and snapped them shut at the sight of him. He leaned towards her and his eyes were pleading with hers for that brief second.

“This isn’t real,” Bet said, gripping onto her wet apron, her hands balled up in her lap. She opened her eyes again and looked at Johnny, the makeup they had put on him from the service was running and his hair was greasy and messy with dirt. He never had messy hair. It was always combed through even at the most inconvenient times.

Bet began to cry out of fear. Johnny reached forward, brushing her cheek. That was the moment it had all been too much for her. She screamed bloody murder and bolted upright when his cold hand touched her. She grabbed the stool and pushed him away like a lion tamer at a circus.

“Bet-” He cried while trying to hop around. He reached out for her and she watched his hand screaming. She backed up and tripped over the washbasin still scrambling away. He loomed over her, backing up now as she became manic with fear.

Johnny's mouth was agape as he watched the scene play out. Bet whipped her head around for some sort of defense and she honed in on the washboard. She picked it up and scrambled to her feet. This time it was Johnny who was frozen in place. He held his arms out in caution.

“Sunshine,” he said trying to smile at her “You need to calm down. It’s m-”

She hit him over the head with the washboard.

Johnny fell to the ground unconscious. She dropped the washboard and put her hands on her knees panting.

Terrance came running down the hill yelling “BET! What in tarnation-”

Bet hadn’t noticed him before as he must have been standing on the road.

“Bet what on earth have you done.” He asked breathlessly, looking down at Johnny in dismay.

Bet looked up and just let out a high pitched, mangled laugh gesturing to the body.

“Bet you dunce,” Terrance said leaning down and slapping Johnny lightly in the face. “That WAS Johnny. I went up tonight to visit him and there was a knock coming from his grave. I didn’t believe my own ears at first but then he politely asked if anyone could let him out!”

Terrance wheezed and shook his head “I thought ‘that must be Johnny!’ and I dug him clean out of the earth. He had hit his head real bad but wasn’t as dead as we thought he was I guess.”

“Oh,” was all Bet could manage.

Bet walked away from Terrance and went into the shed rummaging around. She came back out with a shovel. She thrust it into Terrance’s arms.

“You let me know this time if he knocks again,” She said walking back to the house and forgetting about the sheets still sitting in the washbasin. 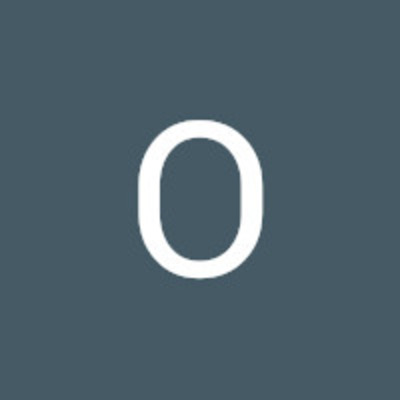 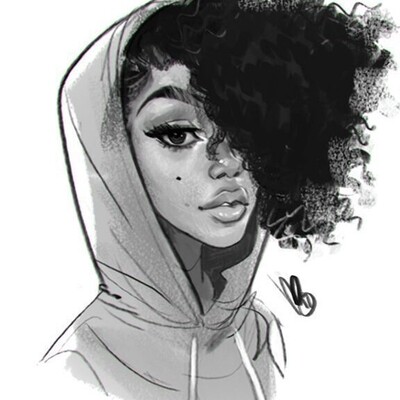 I did not expect that to happen, even though I should have, hence the prompt. This is such a great story. It's clear how much she misses him, but when he comes back, she hits him over the head with a washboard. It's so ironic, I love it.

I was very much expecting the vampire route when I saw he was alive! But I think the direction you went with was much better and fit better with the character you’d created. This was a fun read, well done!

Thank you so much! I'm glad you thought it was fun.

You’re welcome! You actually inspired the vampire element of my new one as you put vampires in my head. It hasn’t turned out amazingly though so you might not want to take muse credit.