Submitted for Contest #52 in response to: Twenty minutes before you are about to get married, you find your mother and your fiancé kissing passionately.... view prompt

Unfortunately, I am the epitome of a plain Jane and to make matters worse, I am called Jane! I am blessed with mousey brown hair, long thin face, huge thick glasses. See, need I say more? Then something wonderful happened. A guy noticed me.

Maybe I’d better fill in the gaps here. I work for a publishing company. The offices are in the old jail. The main room where we work probably was a dining room in its old guise. It is massive and houses about 20 different publications. They set each publication with head high room dividers to give the illusion of privacy. I work for the animal section. The magazines are The Dog Breeders Handbook, Producing Prized Poultry, The Cattery, Avid for Aviaries, and Fish for Compliments.

My job as a sub-editor is to plan the layout of the magazines, making sure the advertisers get a suitable position while still ensuring the copy is prominent and interesting. Believe me, there is a lot of work with that bunch. Each magazine has a salesperson once it was a lady, but increasingly we have young men who are as good as the girls were. My company is slowly moving over to using young men as they don’t need maternity leave. The company is not equality driven in any respect. There are other magazines. There is the construction division, which includes publications like The DIY Handbook, The Plumber, The Electrician, Laying a Foundation and Seeing is Believing for Glazers. Over each division is a controlling editor. These have their own offices down one corridor. I expect they were once prison cells. The four of them are answerable to a production editor and a financial editor.

The production editor’s name was Craig. He never graced our lowly floor with his presence until one day when there was a major issue at the printers. He asked me to accompany him to the printers as something had gone wrong with one of the machines and the magazine was on a deadline. He hoped that I could see what had gone wrong and come up with a quick solution. I did. In reality, it wasn’t that difficult, but he was so impressed he invited me out to lunch.

I knew he had quite a reputation as being a ladies' man, but I agreed to go out to lunch. After that, he would phone me once or twice a week and asked me to go to his office and then take me out for lunch, which slowly turned out to be an invitation to dinner instead. It flattered me, all this attention, but then I realised he found me a reliable, stable person. Not one of the endless flibberty gibbets he usually entertained. They didn’t have a brain cell to call their own.

Craig treated me like a lady. That, of course, made me take more effort with my appearance. When we went out in the evening, I let my hair hang loose. It even had a bit of a curl. It might be brown, but my hair always shone. I had never seen the point of wearing makeup, but now I made that effort. My Gran said, “What have you done. You’re glowing.”

I laughed. “Gran, you never miss a trick, do you? I’ve been seeing this guy from work and he makes me feel good about myself.”

My Gran was very important to me. I lived with her since I was five years old after my mother had gone off with a particularly unsavoury guy. She came back every now and again but showed no desire to act as a mother and I felt quite happy and secure my Gran.

“Gran, would you like to meet Craig? I think this relationship is quite serious and I would like your opinion of him.”

Gran invited him for tea. He came to the house on a Saturday afternoon. As we were sitting in the lounge, the doorbell rang. It was my mother on one of her rare visits. This was the last thing I wanted. To introduce my mother to my boyfriend, but I had no choice. Fortunately, everyone seemed to get on well together and I relaxed and enjoyed the afternoon. Craig said he had another job to do and left soon after my mother.

My Gran looked into the middle distance, pondering what to say while I continued to pester her. “You know, my girl, you’re more like a daughter to me than my actual daughter ever was and you will not like what I have to say. I’m afraid I don’t trust Craig, he’s too slick. But if this is the man you want in your life, I’ll support you all the way.”

I thought about what Gran had said, but I really loved Craig and he made me feel so feminine and so special. I know I was old-fashioned, but when he asked me to sleep with him, I refused and said, “I want to wear a white dress when I get married and really mean that I am virginal.”

He laughed and said he respected my wish. When we went out in the evenings for dinner, he would often find an excuse to leave early. To be honest, I was quite grateful I didn’t want to fend off his unwanted attentions. In due course, he asked me to marry him. Naturally, it thrilled me and I accepted without a moment’s hesitation. He gave me a magnificent diamond engagement ring, saying it was his great grandmother’s and had been in the family for many years. I was more than happy to flash it around at work. My work colleagues knew I had been dating but did not know it was Craig. They were all surprised at the news.

Suddenly my world became a whirlwind. There was so much to do booking the church and organising the venue, the caterers, the florists, the list seemed endless. Gran was wonderful and insisted on making my dress. I only had a couple of best friends who were delighted to be bridesmaids. We seemed to speak of nothing else for months. Craig was his usual self. He took to popping in at Gran’s . We didn’t seem to have time for the long leisurely dinners we had enjoyed earlier in our relationship. It was his responsibility to organise the honeymoon and I felt it only right not to nag or ask too much about where we were going.

The day of our wedding dawned. I was a bundle of nerves. My two friends had stayed over with Gran the night before. Soon, the house was a mess with clothes and flowers scattered everywhere. The hairdresser came to fix my hair, followed by the makeup lady. Gran grinned, “You are so beautiful. I’m so proud to be your Gran.”

I had not told my mother about the wedding arrangements, but Gran insisted I should include her. I sent her an invitation. As usual, she did not reply. Secretly I was relieved, hoping it meant she was swanning around with some guy and had no time to come to my wedding. That suited me just fine.

Uncle Joe arrived to take his place since my father had died many years ago. We climbed into the limo and drove slowly to the church.

The bridesmaids rushed up, “Jane, you can’t come yet. It seems Craig is missing.”

I looked at Uncle Joe. He helped me out of the car and followed as I walked slowly to the back of the church. A smartly dressed guy was passionately kissing one of the wedding guests. I knew both of them. My fiancé and my mother!

I swallowed and marched back to the front of the church while Uncle Joe went to call the priest.

“Father, I’m sorry, but the wedding cannot go ahead as planned. I am telling the congregation. ”

He was a lovely old man and blinked, “Have you had second thoughts, Jane?”

“No, Father, the scales have just fallen from my eyes.”

I marched to the front of the church. The guests looked shocked.

“I’m afraid the wedding is off, but I would like you to come to the reception, eat, drink and enjoy yourselves. Craig will foot the bill.” 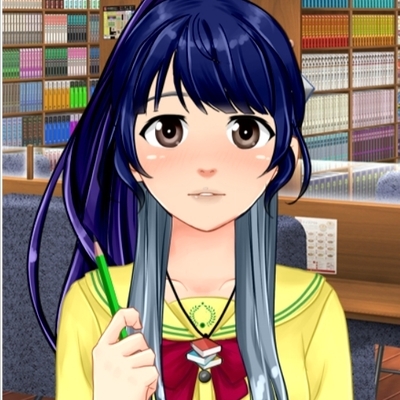 Rather amazed that Jane dealt with it gracefully. I'm liking the Gran character.

Thanks for your comment. I think the graceful manner Jane displayed contrasts with the selfish hedonistic Craig. 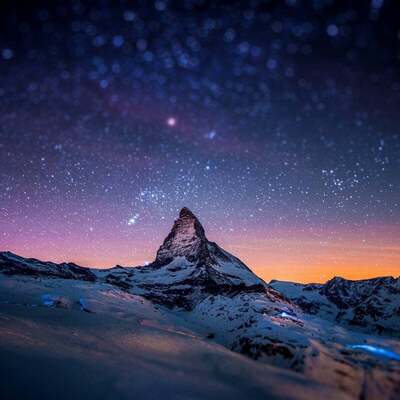 I loved this story a lot! Just thought you might want to add some emotion and describe a bit more how Jane felt. Other than that, a superb story! :)

Thanks for your comments. I tried to show rather than tell how Jane felt but will see how I can change it. Many thanks.

I totally appreciate your effort here! Loved the fact that you made me giggle at the very end.

Thanks I enjoyed writing this story and the end just happened.

Loved the way you write this in a very casual tone (and I really loved the ending; I'm glad the protagonist stood up for herself!) Would you mind checking my recent story out, "A Very, Very Dark Green"? Thank You!

Hi Many thanks for your comments. I will read your story too.

I'm trying to write this story as well. It's a toughie. I like how you got to the reveal but the ending seemed a little abrupt which I understand because I'm not sure how to end mine any better. Overall I'm impressed. Great job.

Hi Thom This was one that I enjoyed writing. I think about my stories when walking the dog. They are long walks as I have health issues and am still very isolated. Writing is one way to reach out to others without risking my health. I tend to have a habit of ending abruptly but I am working on it! Thanks for your positive take on my effort.