Submitted for Contest #52 in response to: Every year, one person is sent to the moon. This year, though you hid in terror, it is your turn to enter the rocket.... view prompt

"Hurry, hurry! The TV must be turned on in the next 10 seconds! We have to listen for Japan's selection!" My mom was pushing everyone to get into the lounge room in time for the name-calling. She quickly switched on the television.

My mom, my grandmother, my younger brother and I sat together and had our full attention on the news.

"I wonder who's going to be The Chosen" My brother said.

"Shush, this is very important, Take." I said.

"If you're seeing this video message, it means Earth has been given the all-clear to once again continue Earth's Space Immigration Plan, or ESIP." An automatic voice was playing against a presentation.

I don’t know about their intentions, nor do I care, but my family never liked this plan. The higher-ups had the power to consent for millions, even billions of lives. They never accounted for any of their opinions, no matter their status, such as how my parents were well-respected government workers.

For god's sake, we were talking about much more than just leaving our home. Any immigration or emigration among the ESIP-consented countries is prohibited, so we did what we could and moved from the city of Tokyo into a small farm out in the countryside so it would be harder to find us.

My mom held my hand and squeezed it. Like me, she isn't comfortable with the idea of being forced out of her own home, let alone her own planet. I squeezed her hand back.

The authorities will do whatever it takes. They have the power and money after all.

"Our weekly selections are in, so please listen carefully. Starting with Afghanistan..."

My family and I sat in silence as we listened to the names of the strangers to go into space, otherwise known as The Chosen.

Then it was Japan's turn to have one citizen abducted.

I stared blankly at what I made out to be the picture from my passport, but my situation was only confirmed when they read out my full name.

My family slowly turned to me and Take started crying. Mom seemed to have let go of my hand some time ago.

"I don't want my sister to go!" Take hugged me tight, and all I had to give in return was a weak arm around his small body.

“It’s only understandable, Take, since with father…”

I wasn't in too much shock, but then again it was probably because my senses became all blunt.

"They don't know where we are right now, so we still have time." Grandma said.

"You're right, I want to stay here on Earth and our home."

"You're staying, sister?" Take asked, failing to stop his tears.

Take wasn't convinced, but to be real I wasn't either. Oh, and mom, too:

"The best thing to do right now is to do our best to follow the emergency plan we've been discussing for all this time."

The first thing I had to do was to retrieve my bag from the attic. It had basic survival tools and resources that I was to bring around with me. The next thing was to stay in touch with the news for 2 hours, because that was the record time it took for authorities to capture the most resistant Chosen. They’ve proved it possible, and if they can, I can do better.

The most resistant Chosen I was inspired by was from Japan, too.

And that person was my father.

“Do you understand how unethical this decision is?!” He shouted. “The government will lose all respect in the eyes of the people who keep it alive!”

I don’t know how it happened or exactly when, or what it’s about, but my father got into a period where he was always shouting on the phone. My mother would remind him to calm down, but sometimes she’d come home looking like she just walked out of an argument, too.

“Turn on the television, okay? Switch it onto any news station, this is very important.” He seemed quite serious. “Everyone please come down to the lounge. You too, grandma.”

“What is it, papa?” Take jumped onto his lap.

I was picking up the remote control to turn on the television but it had already switched itself on and had set itself onto the news channel. A robotic voice was introduced to us:

“Hello citizens. If you are watching this it means that your country has consented to what will be Earth’s largest mass immigration in history. It is mandatory that you sit through the entire duration of this announcement, as it will be relevant to every aspect of your future.”

The voice explained about something called Earth’s Space Immigration Plan. It talked about having many Chosen ones from many countries, but I didn’t find any of it relevant from that point so I zoned out. Until the word ‘Japan’ was said, that is. They also mentioned my father’s name.

“Papa, are you famous?” Take asked.

“They’re willing to break the randomisation rule and purposely target you.” My mom became infuriated. “They deemed you a threat to the operation, and they are going to do what it takes for them to see the results they want.”

“It’s time for me to go, love.” Father quickly went upstairs and came back down with a backpack I didn’t recognise. I noticed that mom and dad had known about this for a while, and had prepared. Judging by how grandma sat there patiently made me realise she knew about ESIP too. Father came over and gripped me and Take’s hands tight, but Take and I could tell he had sadness behind his strong words:

Oh, he was leaving, and he was probably planning to never come back.

“Come back soon, papa!” Take seemed to miss the point, and I wasn’t okay with that. I was going to tell him off. It would be impolite for father.

And just like that he had taken off, but that wasn’t the end of the moment. Mom quickly started a stopwatch and was intently watching the television with a pen and some notes in hand. Everyone decided to stay in the lounge, but Take and I especially since we didn’t know what was going on.

Time went by painfully slowly since mom turned on the stopwatch. We had our attention on the time, and it was getting close to the one-hour mark when ‘Breaking News’ hit the news, but we already knew what it was about.

Father was trying to run.

“Mom, is he crazy?! There’s even a helicopter searching for him from above, he’s going to get caught no matter how hard he is trying!”

“It’s true that this seems meaningless, but your mother and father only found out about this plan a few days ago, and by then they were already set on this. With this amount of time, there’s little chance your dad will run free, but with all the news coverage on The Chosen and this ESIP thing…”

“We have to make noise.” I said. “They’re stealing us one by one to go to a place we don’t know anything about.”

“We have to expect mass public disputes to happen, but we heard that this plan has been refined for countless generations. That means they probably have a solution and counters for millions of situations, ESIP requires the citizens to be tame, after all.”

Time-skip to an hour later and there we saw him, surrounded by more police officers in front of my old elementary school. There were more than what would usually be necessary for a one-man chase, but I suppose it showed how much they wanted to take him away. Mom had pain written all over her face, and even though she never said it, we already knew what they were going to do to him. And on public television, too.

That was the very moment all the watchers, all around the world, realised that we were to play the role of helpless pawns under those we considered powerful and trustworthy. But we already knew trust and power never went together.

It was my turn. The ESIP was supposed to have a random selection process, but this time I was the target because my father got our attention. But that was nine years ago - it took them nine years to decide that they wanted to break the rules like how they did with father. I’ll show them that those nine years of hesitation cost them my easy abduction.

Take kept crying and grandma held him. Mom did all she could to believe in our long-devised plan, even though it might not have been as well-devised as the ESIP one.

“Two hours. Please keep in touch, dear.” Mom said. “It’s unlikely they’ll pull a full-fledged investigation straight up. So, this is your chance. Please be safe.”

“See you!” I ran out the door in full black wear and took my bike and rode. I’m taking my bike because it’s small, which will make it seem almost unnoticeable in the Tokyo environment.

It was about one hour in when the higher-ups were starting to notice that I wasn’t going to simply do what they wanted. That’s when I decided to pull out of the shadows from the dark streets of Tokyo.

I must be in some fictional story to follow in my father’s footsteps like this. However, it was different this time around - I’m not going to face the same ending as my father. I’m going to learn from his mistakes and win.

“Ah, the memories.” I told myself as I stepped onto the elementary school campus that I attended when I was younger, but there wasn’t any time for reminiscing. I took out an unloaded pistol and approached the entrance to the school.

Don’t worry, I wasn’t planning to hurt anyone, rather simply start the resistance.

“We have to make noise.” 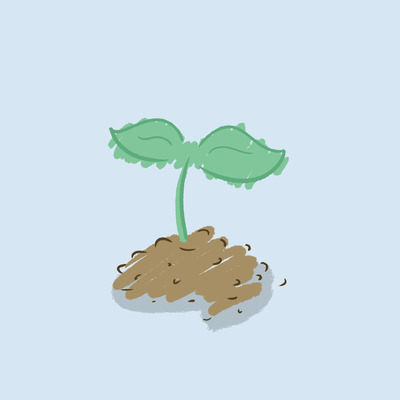 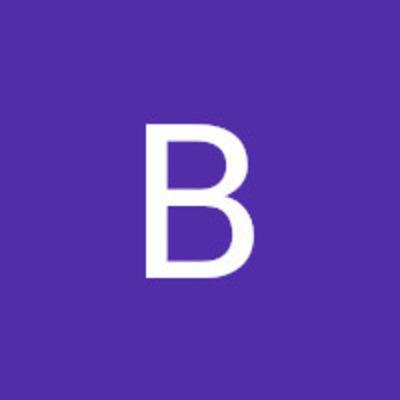 Thank you Brian :DD! I’ll do my best to get even better